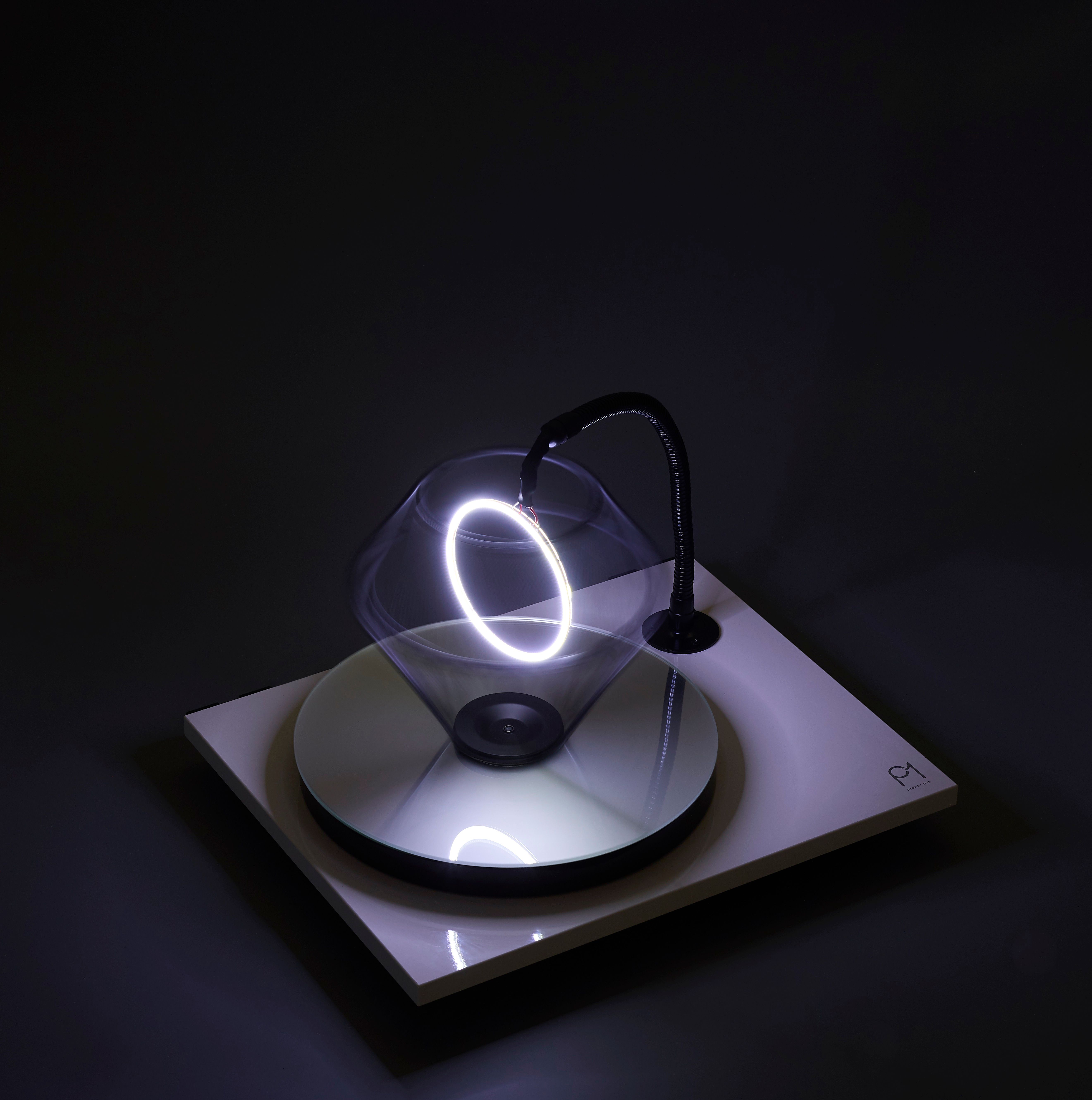 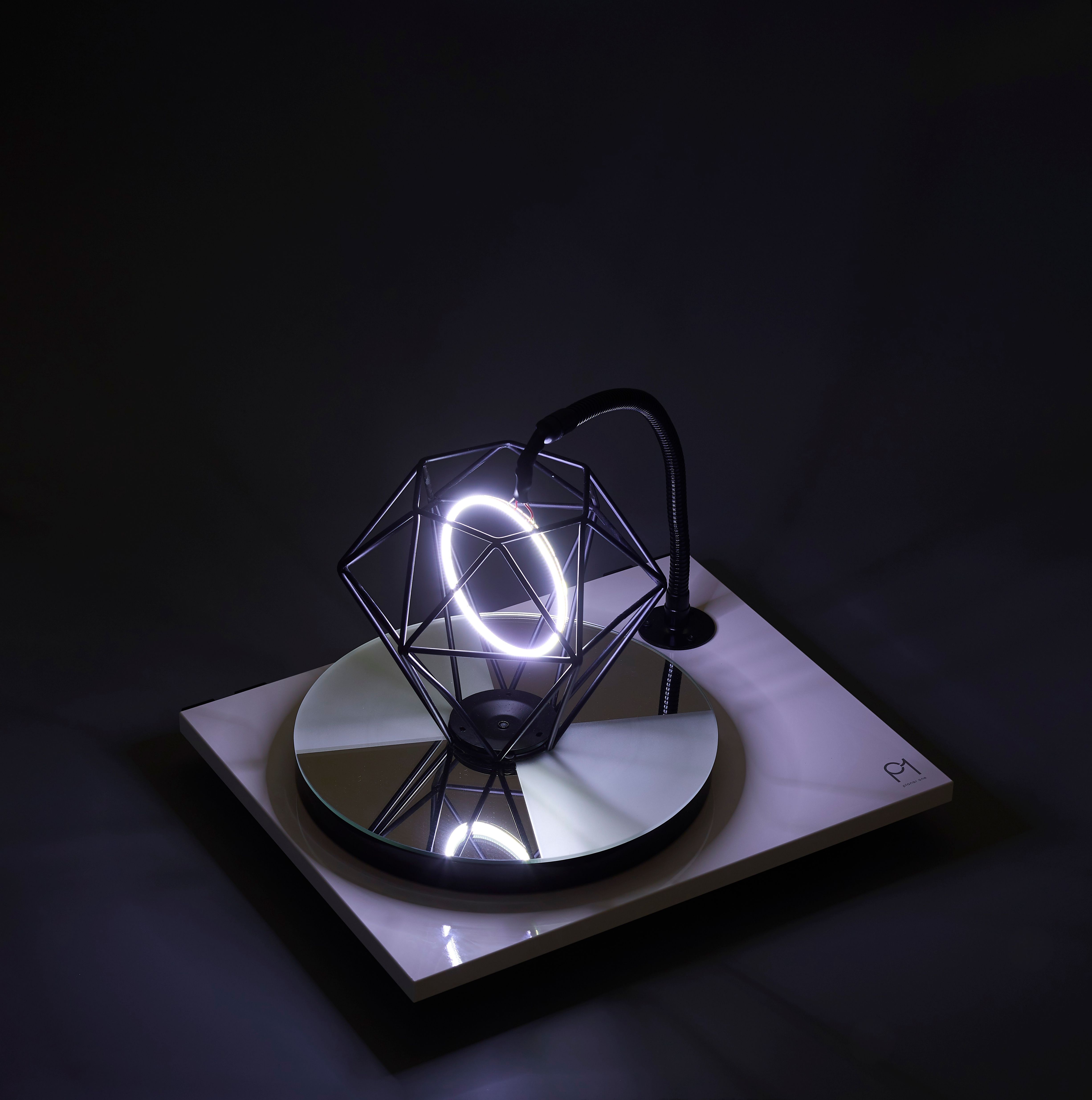 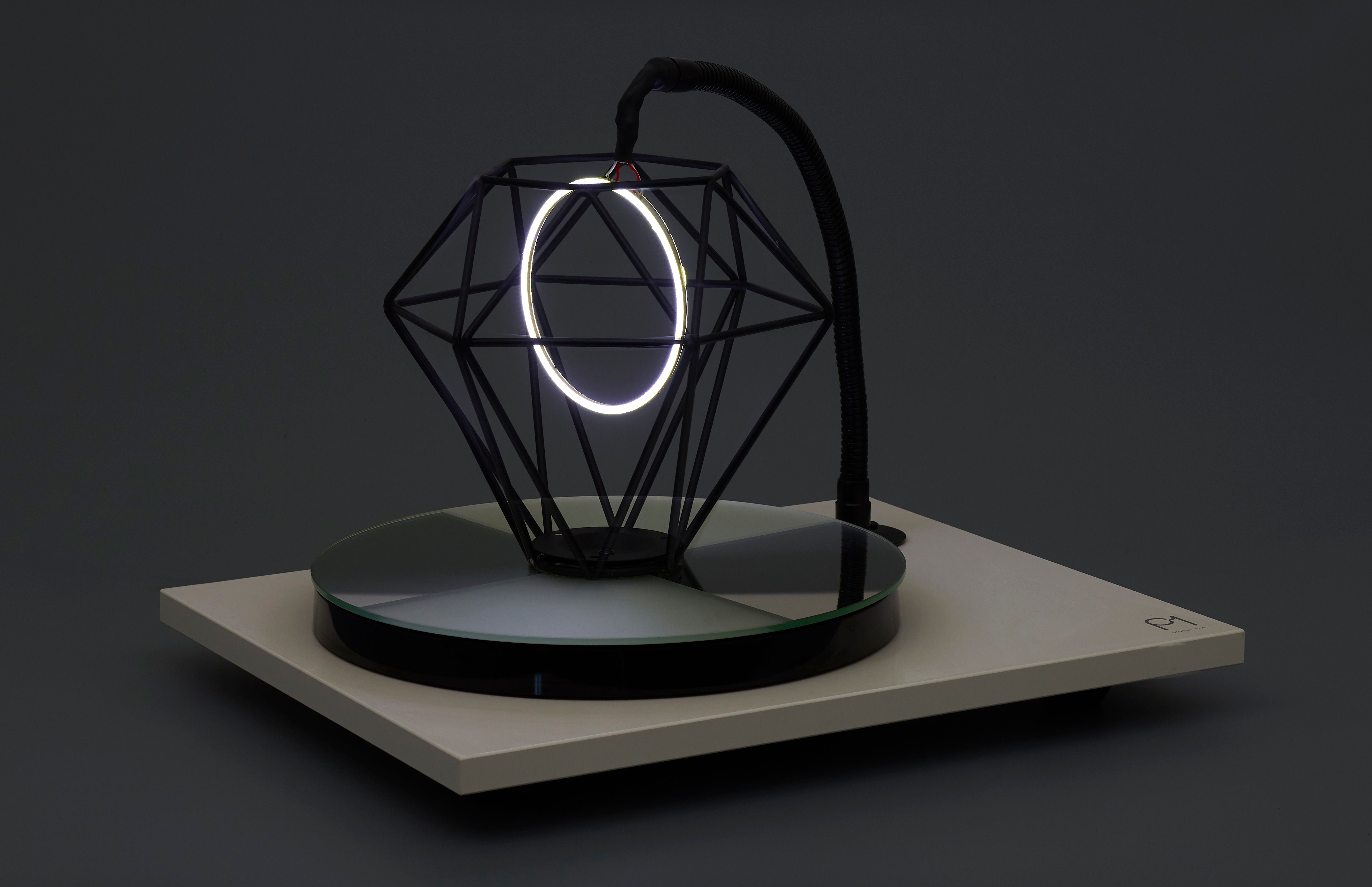 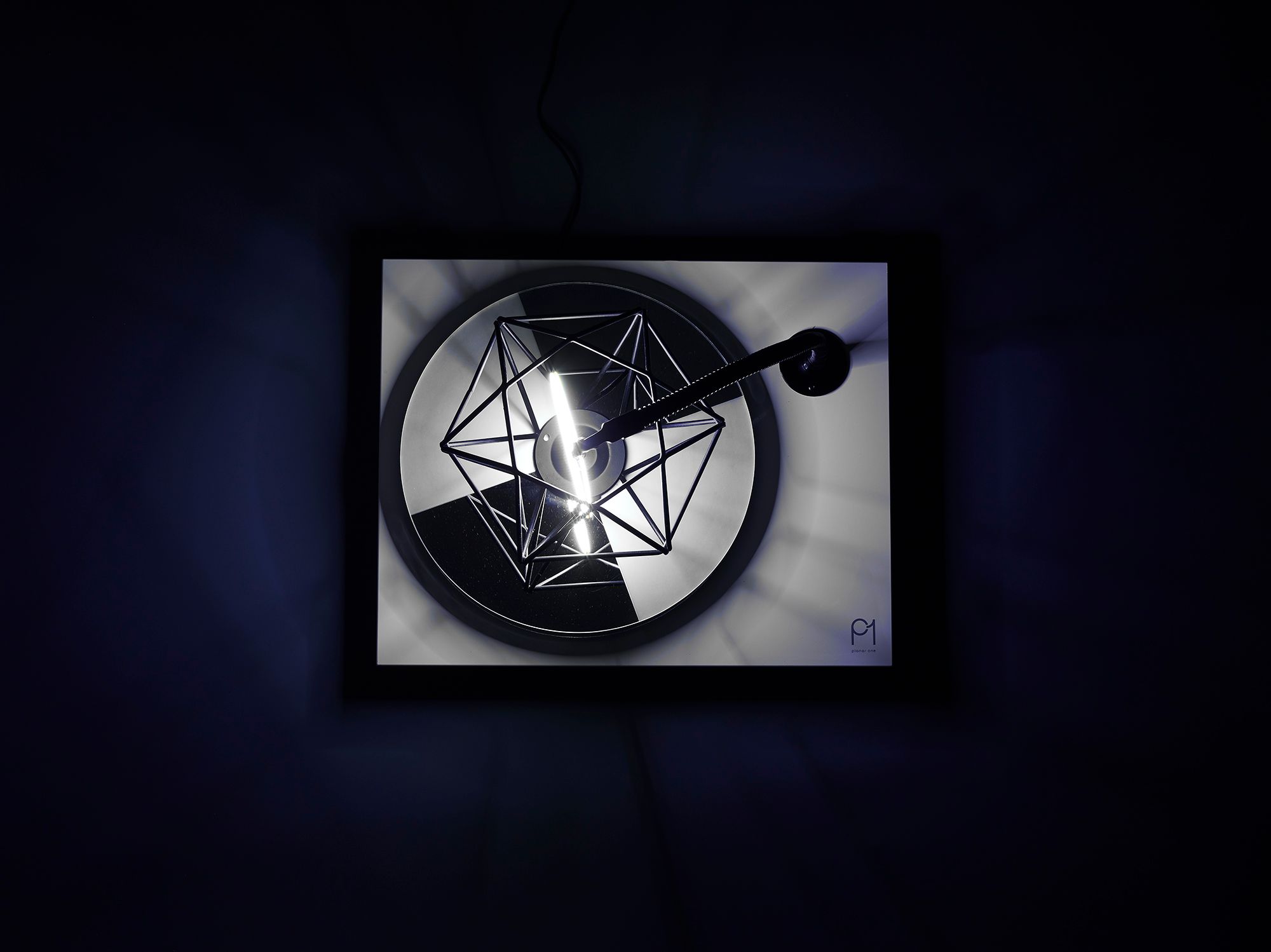 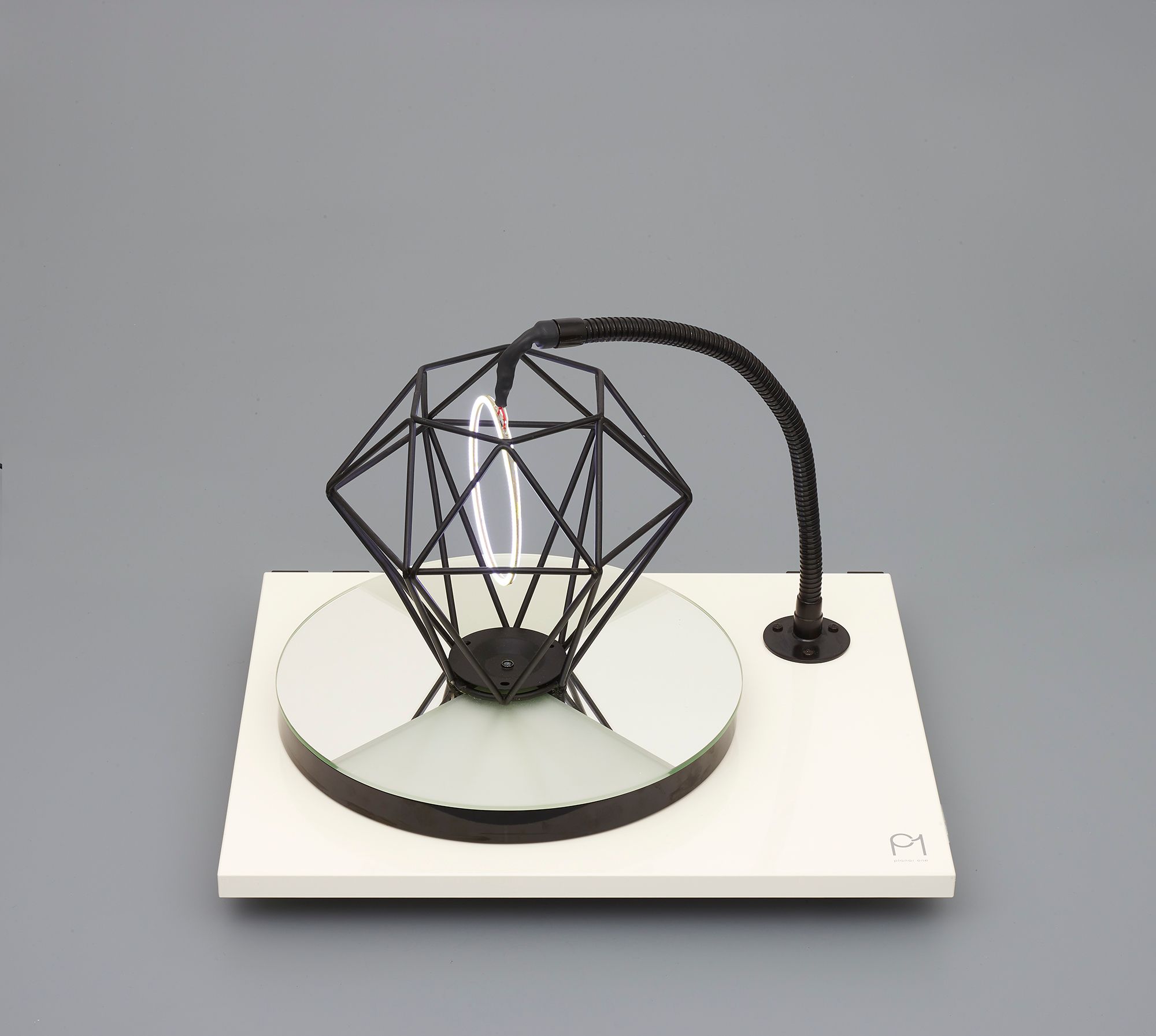 A Dreamachine of sorts

Please note, the turntable is no longer able to play records.

“A wonderful thing about Burroughs/Gyson/Sommerville’s original Dreamachine was the sculptural assemblage of it; a lamp, a piece of cutout card and of course a turntable.”

Haroon Mirza has won international acclaim for installations that test the interplay  and friction between sound and light waves and electric current. He devises sculptures, performances and immersive installations that pry on one’s awareness of their own experience. An advocate of interference, he creates situations that purposefully cross wires. He describes his role as a composer, manipulating his primary medium, electricity, a live, invisible and volatile natural phenomenon. Electricity is combined with a plethora of materials such as household objects, artworks, video footage, turntables, musical instruments, LEDs and furniture modified to behave differently. In his projects, Mirza works with many collaborators and draws influence from a myriad of disciplines such as music, physics, neuroscience, theology, design and architecture. Processes are left exposed and sounds occupy space in an unruly way, testing codes of conduct and charging the atmosphere. Mirza asks us to reconsider the perceptual distinctions between noise, sound and music, and draws into question the categorisation of cultural forms.

“All music is organised sound or organised noise,” he says citing Edgar Varèse. “So as long as you’re organising acoustic material, it’s just the perception and the context that defines it as music or noise or sound or just a nuisance” (2013)."

Please note, the turntable is no longer able to play records.