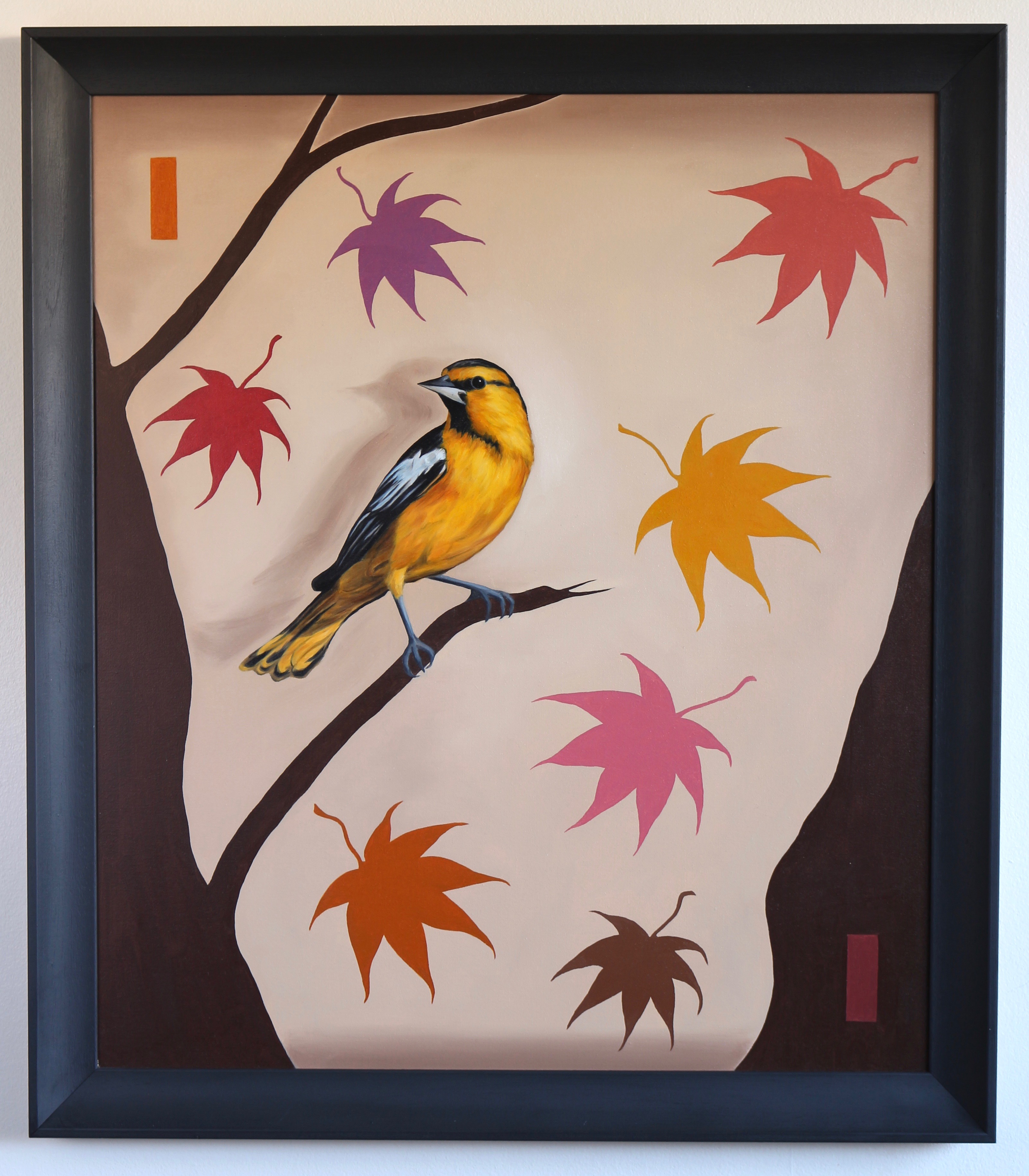 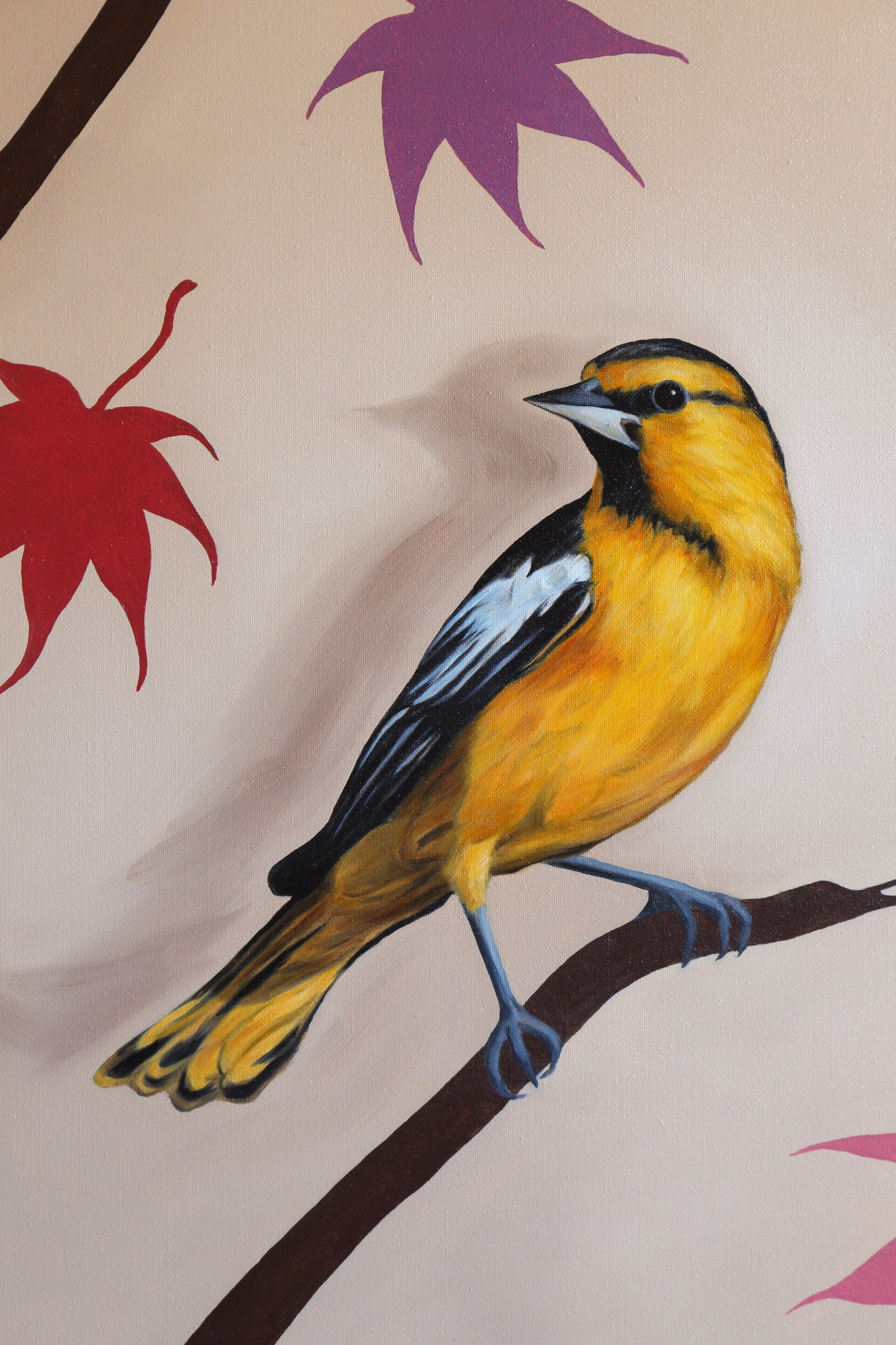 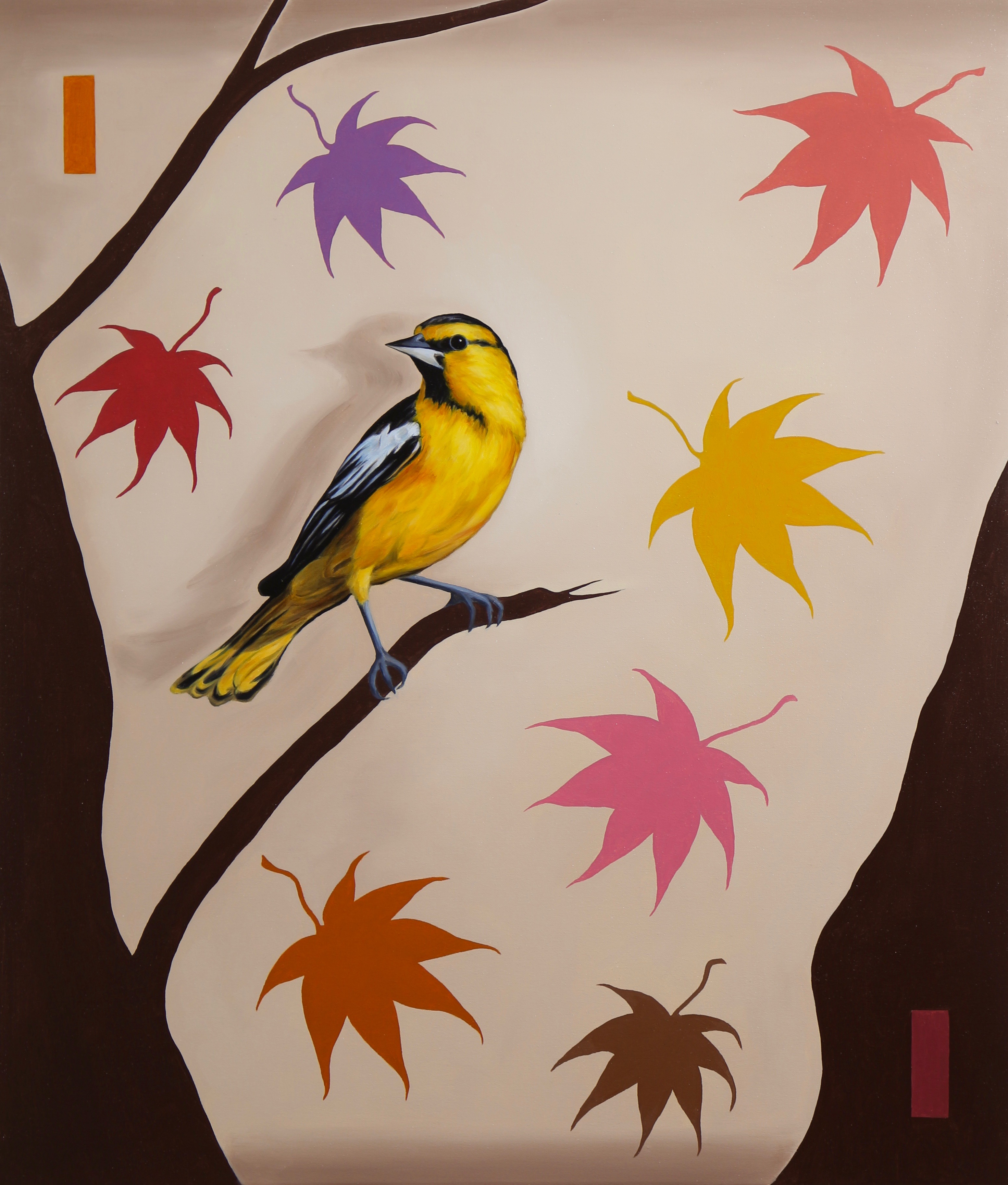 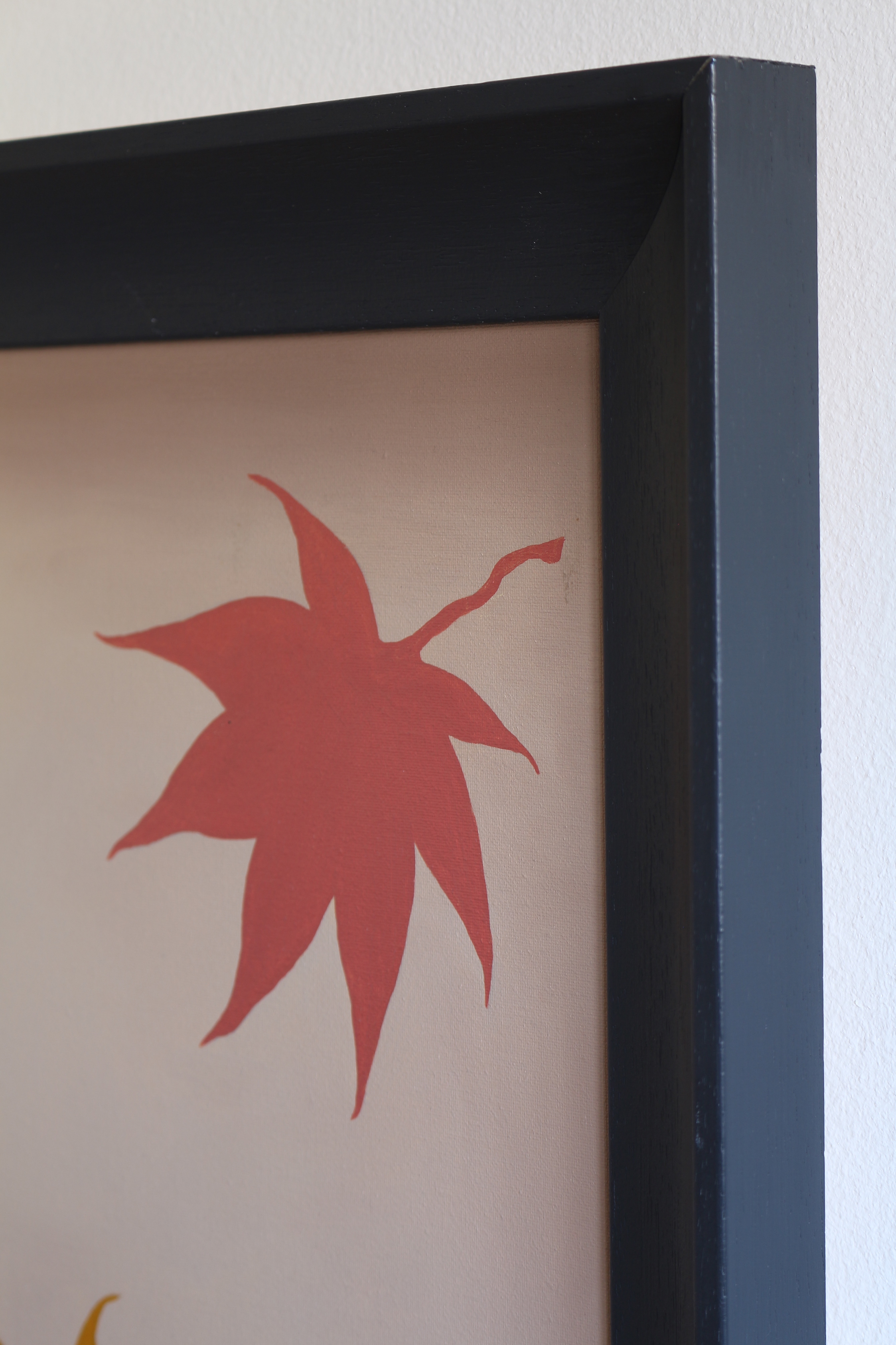 “A cascade of seven maple leaves, impossibly flat, impossibly bright, floats past a realistic bird who casts a shadow on the background of this improbable scene. The Magic Maple is indebted to Japanese prints, particularly to the great master Hiroshige, whose print Maple trees at Mama inspired this painting.”