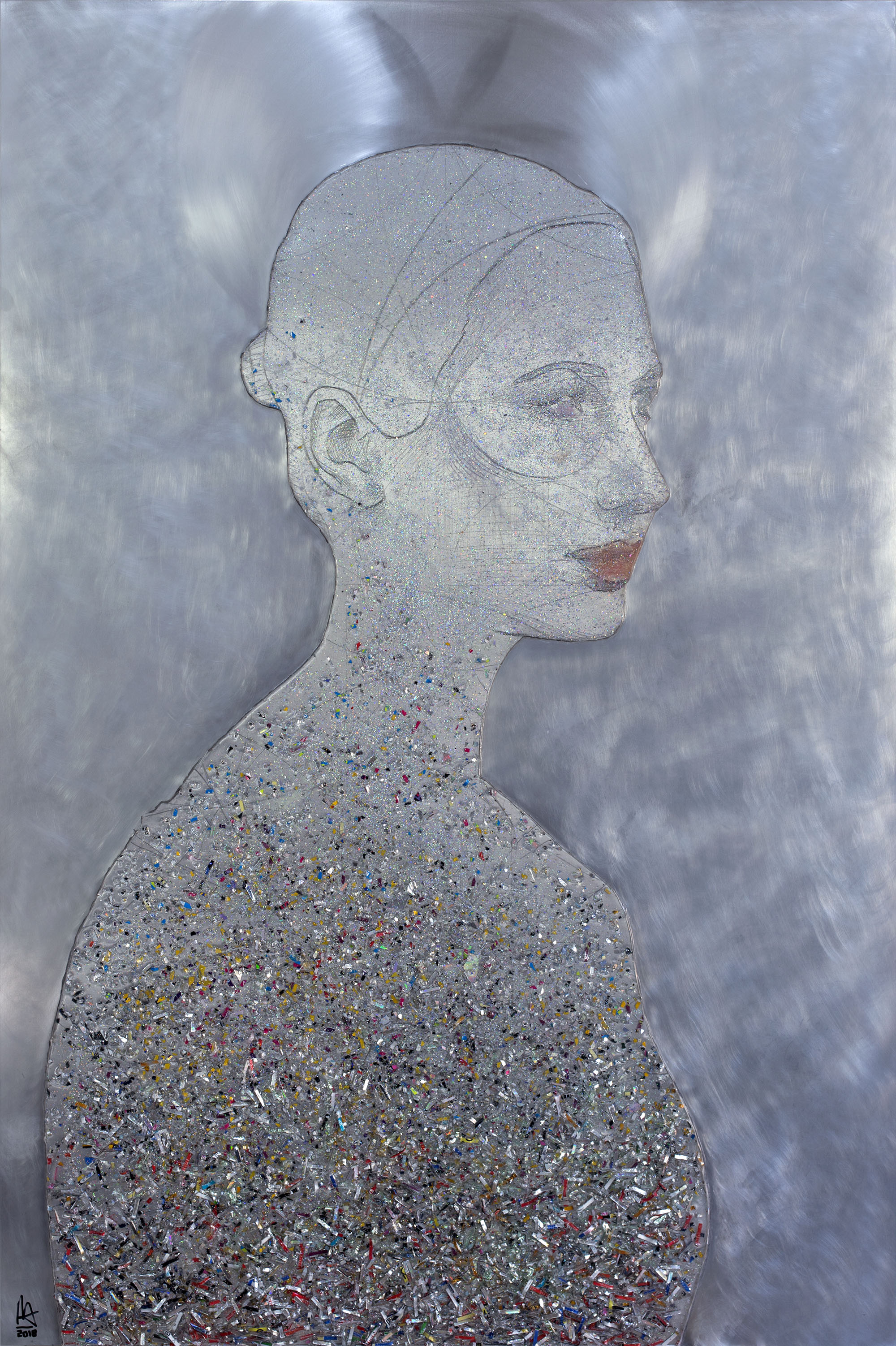 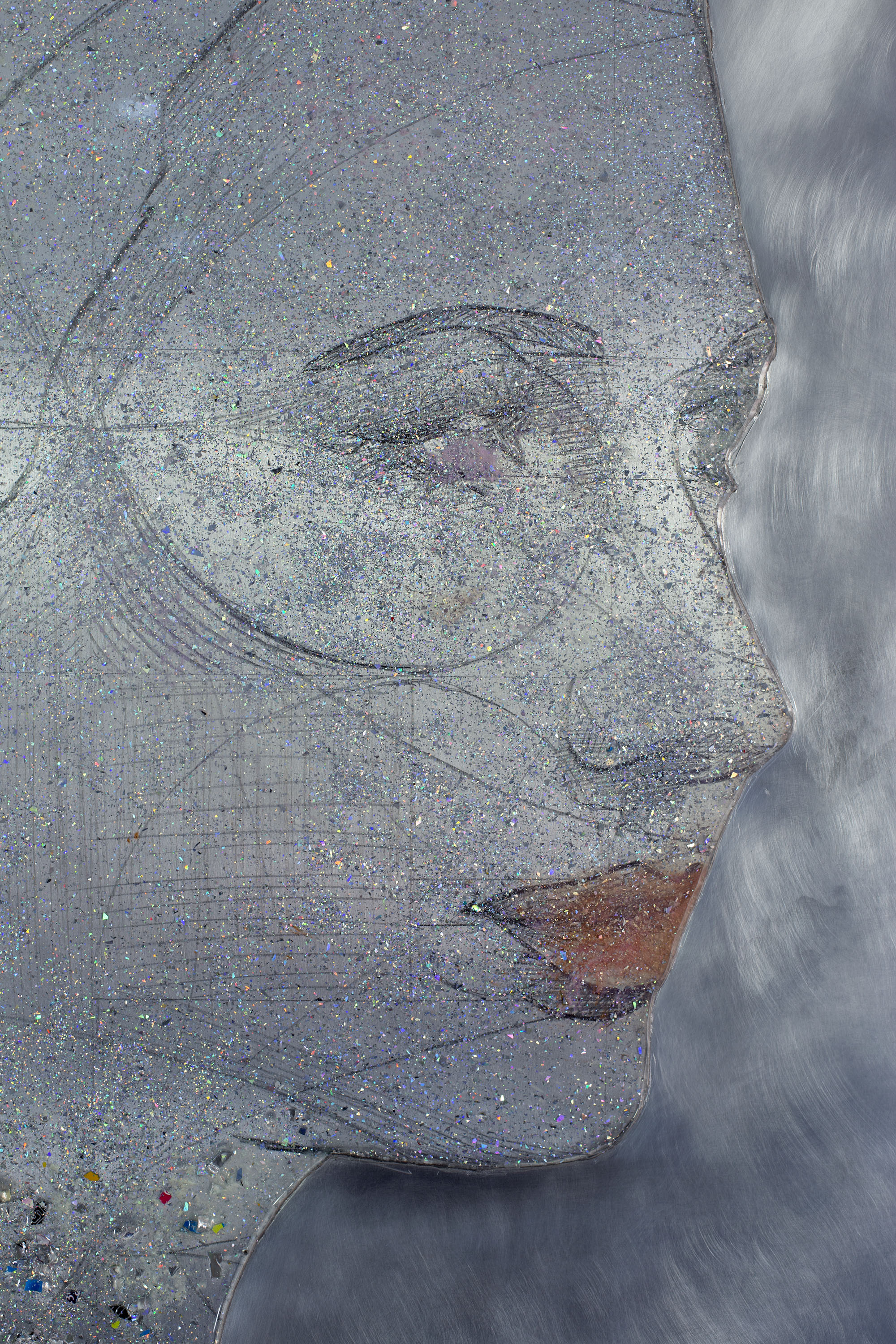 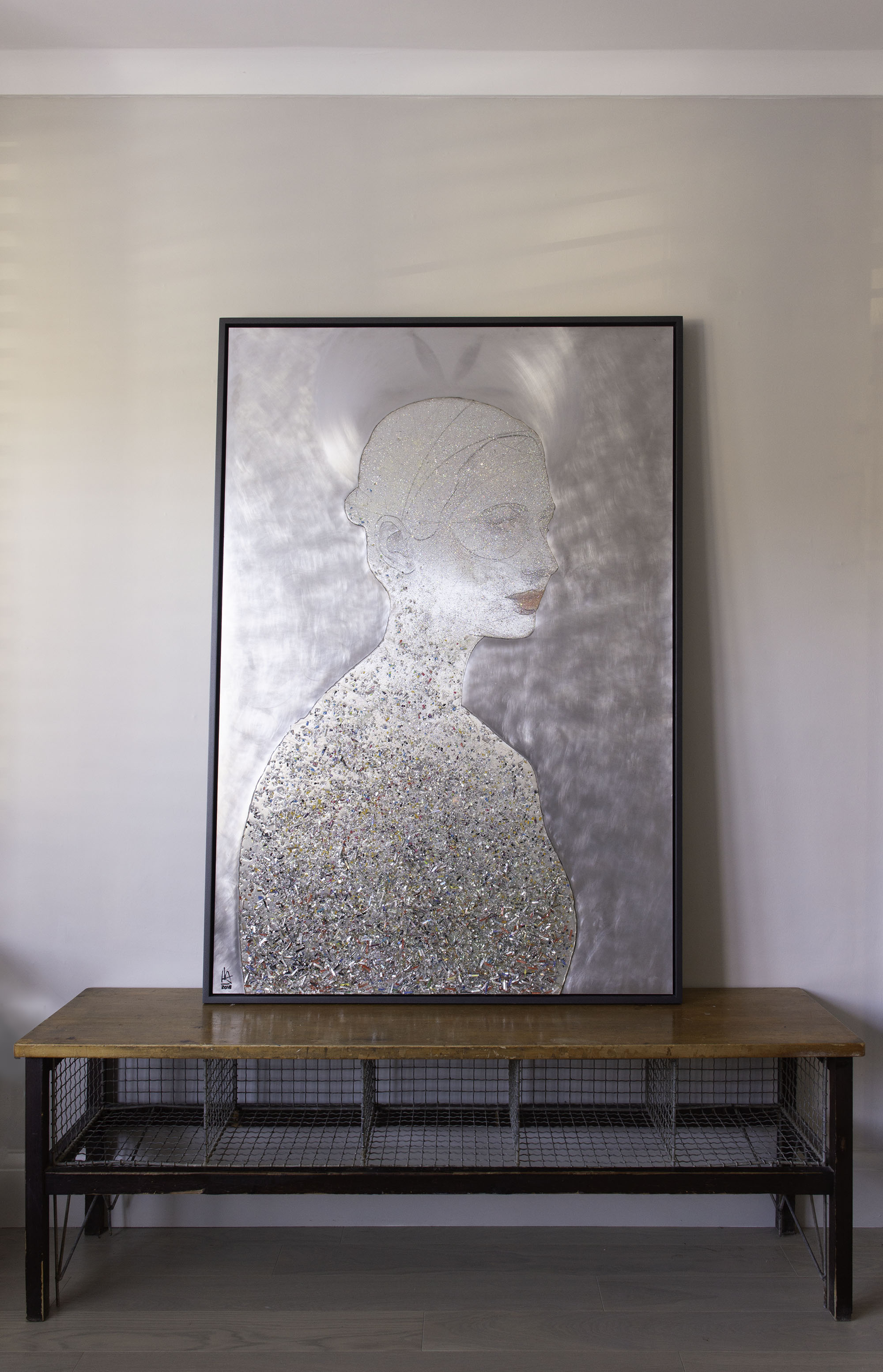 This artwork is made from crushed compact discs (CDs). This method of reducing iconic physical formats down into mere data is a reversal of the process used in previous artworks. The rich historical information is of course still present but is ultimately destroyed and reformed into shimmering liquid. This distillation process allows for the potential blending of microscopic data fragments from millions of sources.