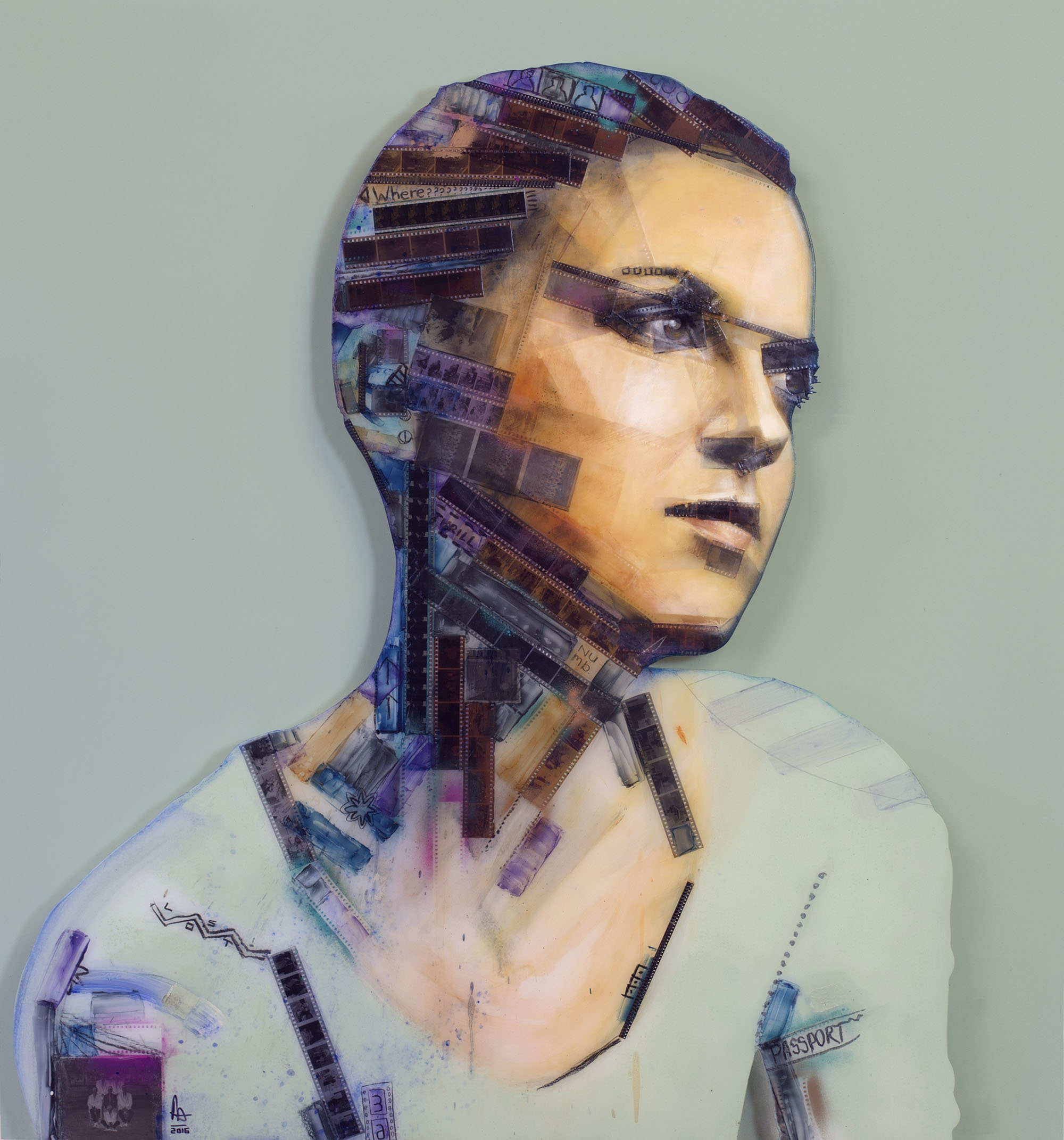 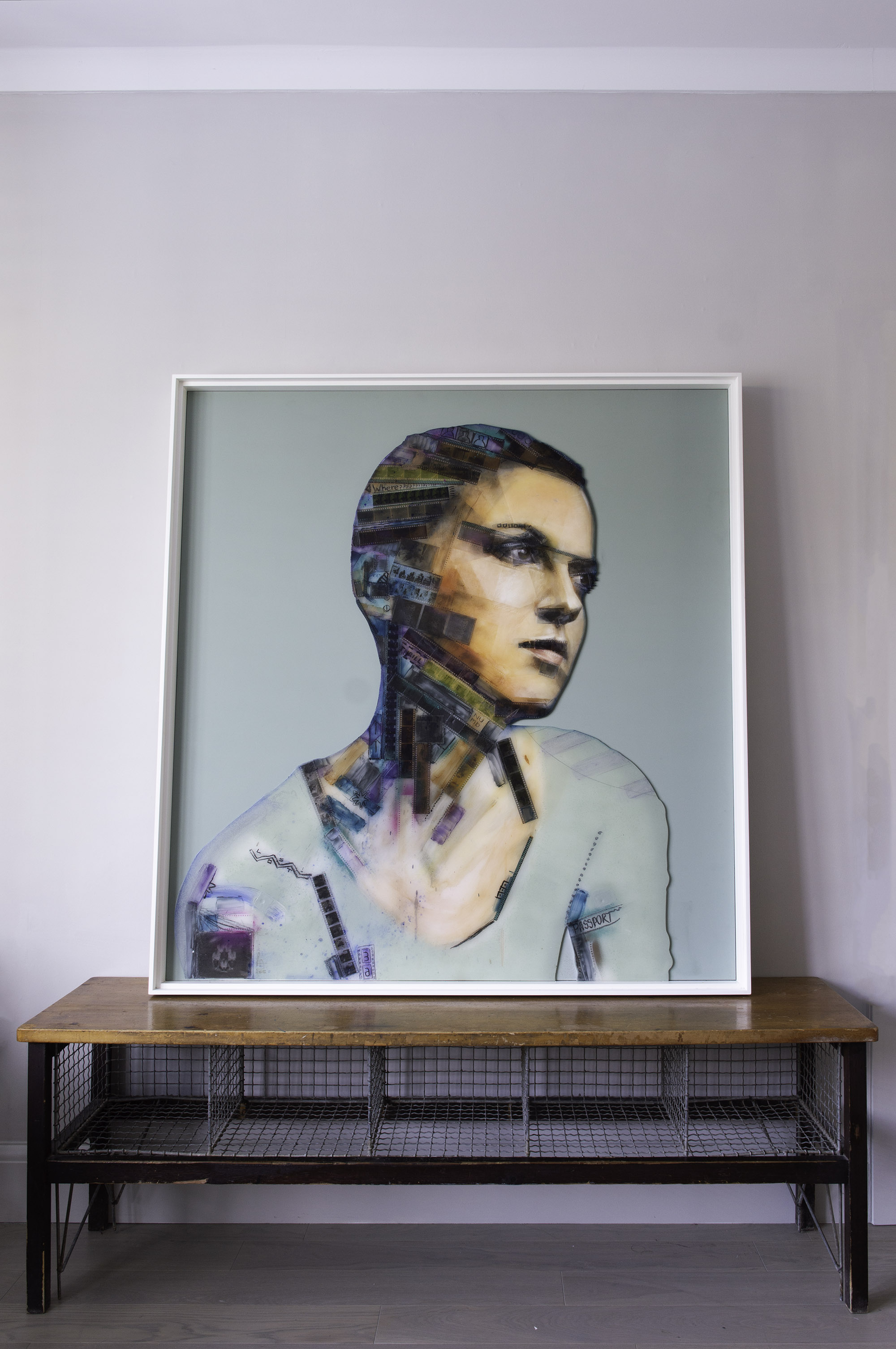 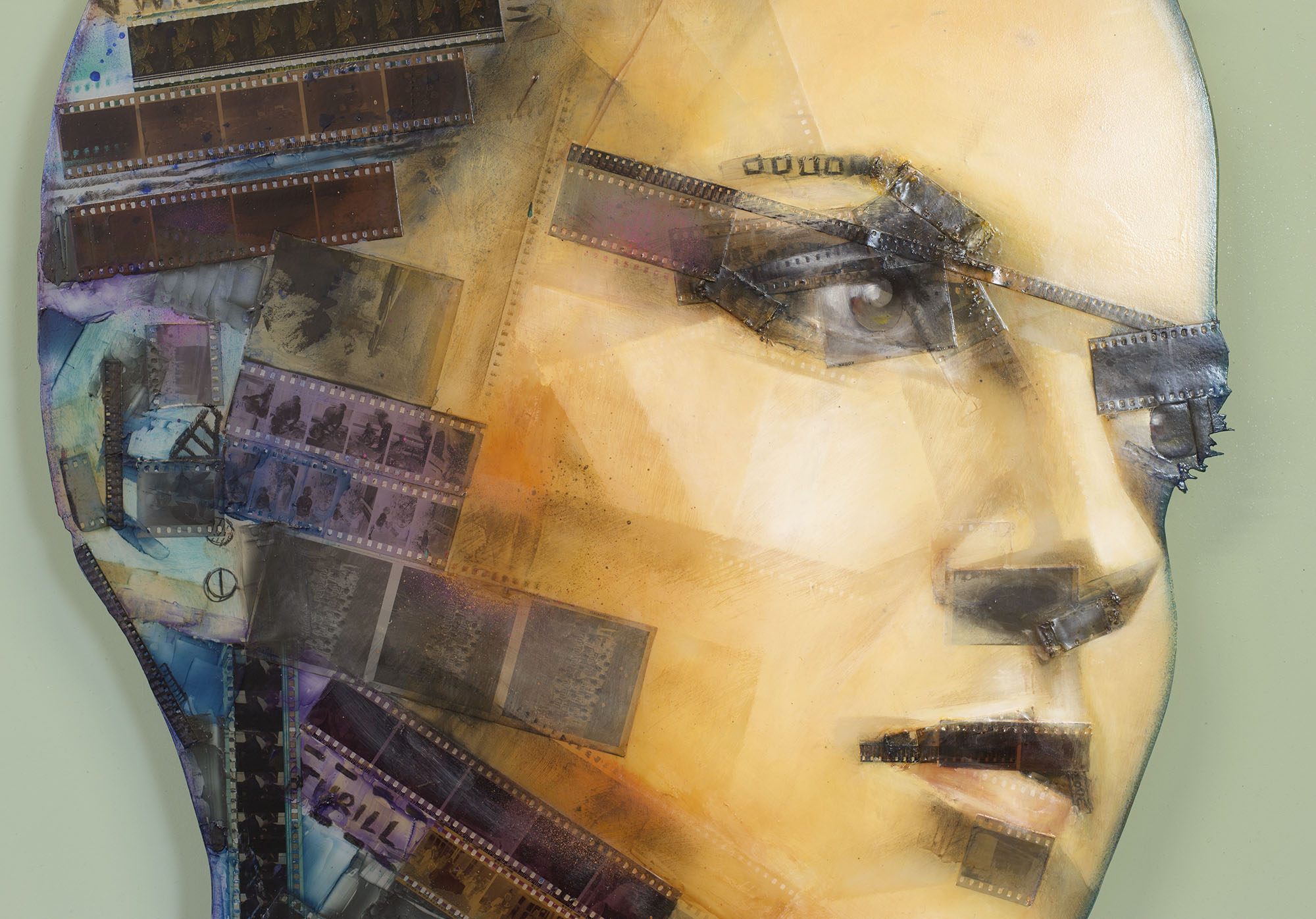 The use of film negatives and x-rays allows for visual snapshots of the past to be reimagined in the present in new unified forms. Of course in the present day we think of photographs as being digital pieces of information. However, the film negative represents the vulnerability of the analogue and in that way, human memory is also organic and subject to changes over time.