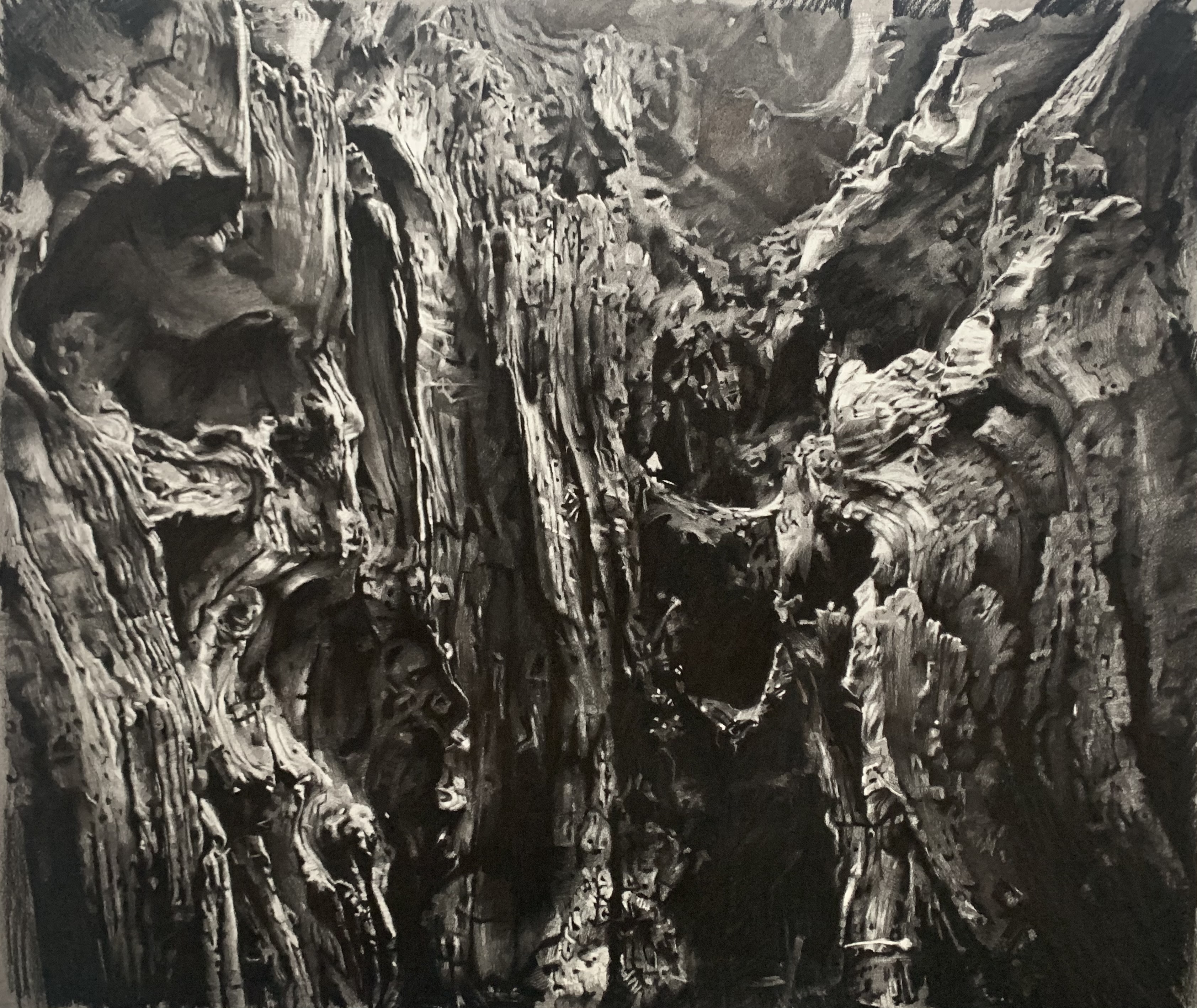 Thomas Lumley was born and brought up in Yorkshire. He studied at the Charles H Cecil Studios in Florence between 1999-2003. Thereafter, he undertook commissioned work, largely in portraiture. Thomas had his first solo exhibition at Ramsay, Pimlico Road, London in December 2006, entitled ‘God's Country’ - paintings & drawings of Zimbabwe. He also exhibited at the Royal Society of Portrait Painters' annual show at the Mall Galleries in 2006-2007, winning the Prince of Wales Drawing School prize in 2006. After that, he exhibited in various group shows and had his second solo show in 2014, ‘Between the Essence and the Descent.’ This focused particularly on abandoned interiors and landscapes. Feeding the Machine Will Only Make It Greedier
Oil and Pastel the Canvas, 87 x 112 x 1 cm.