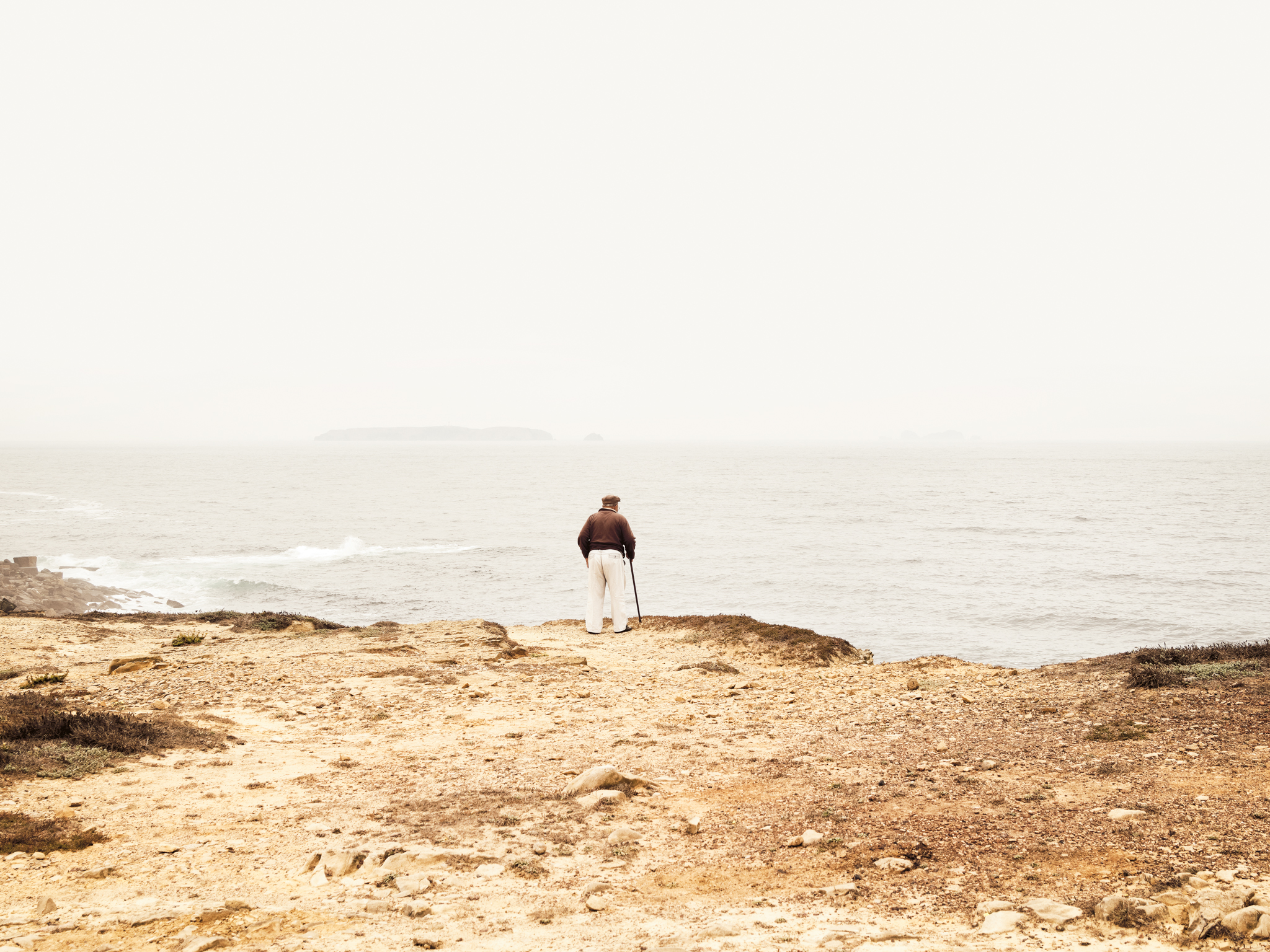 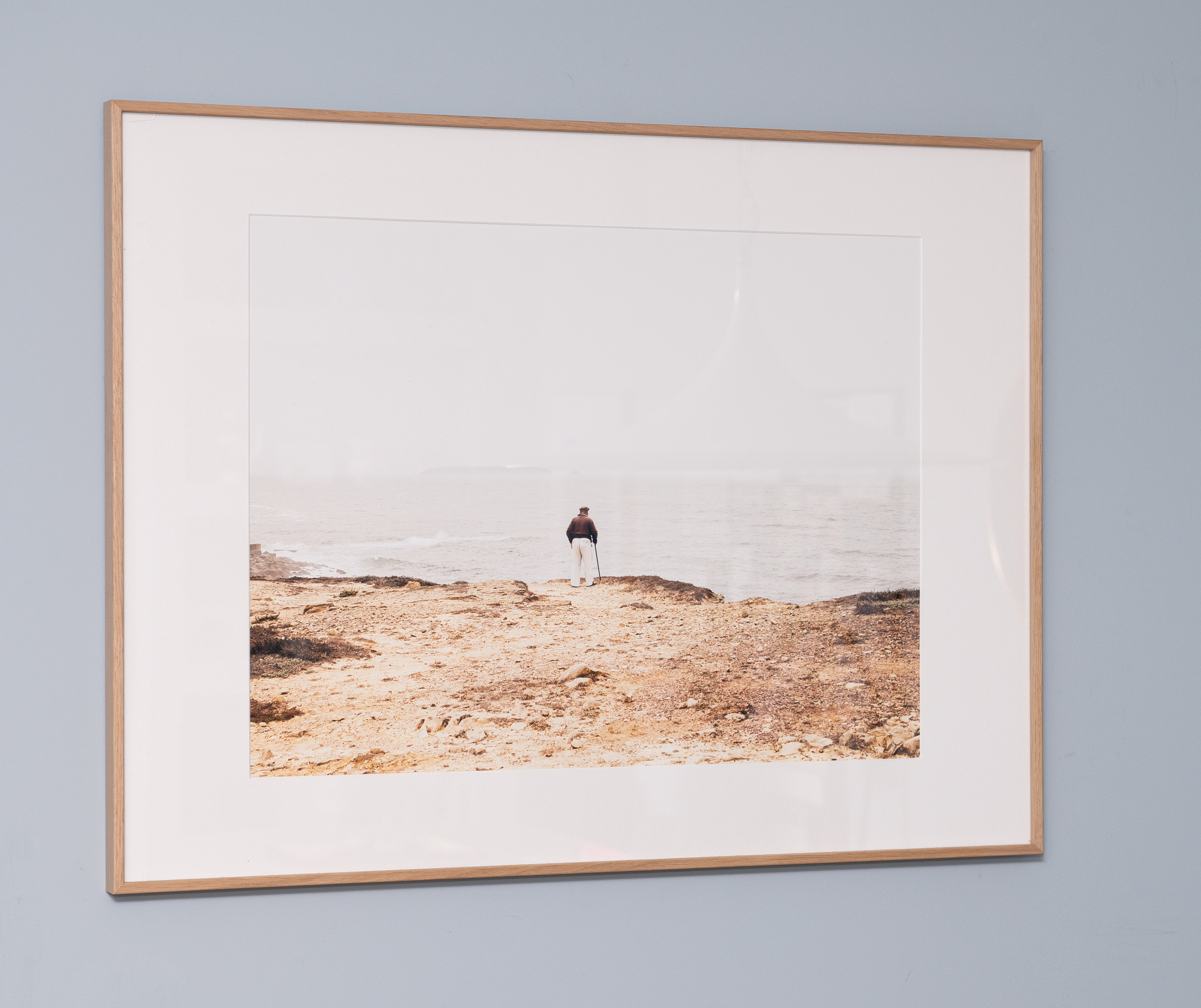 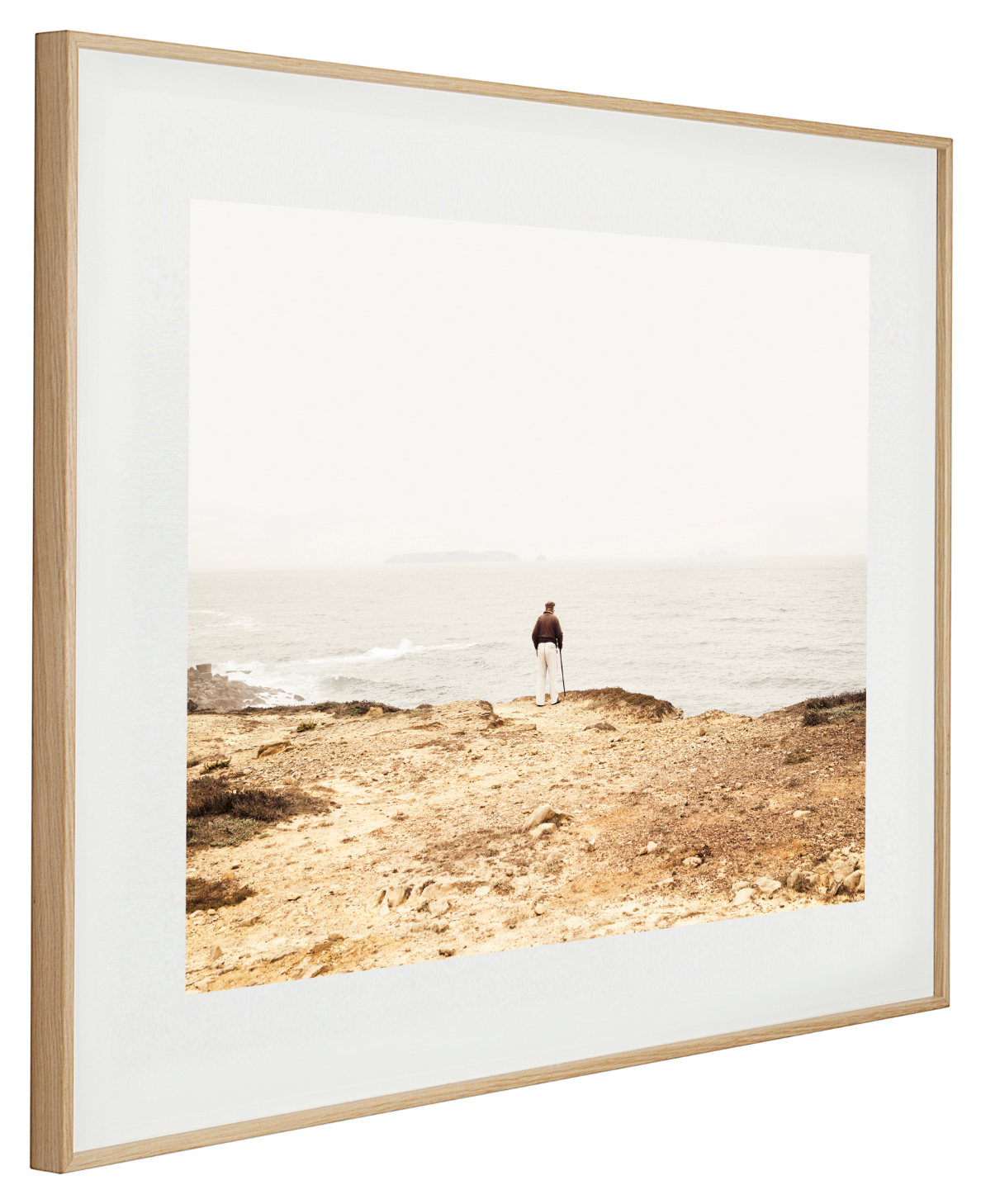 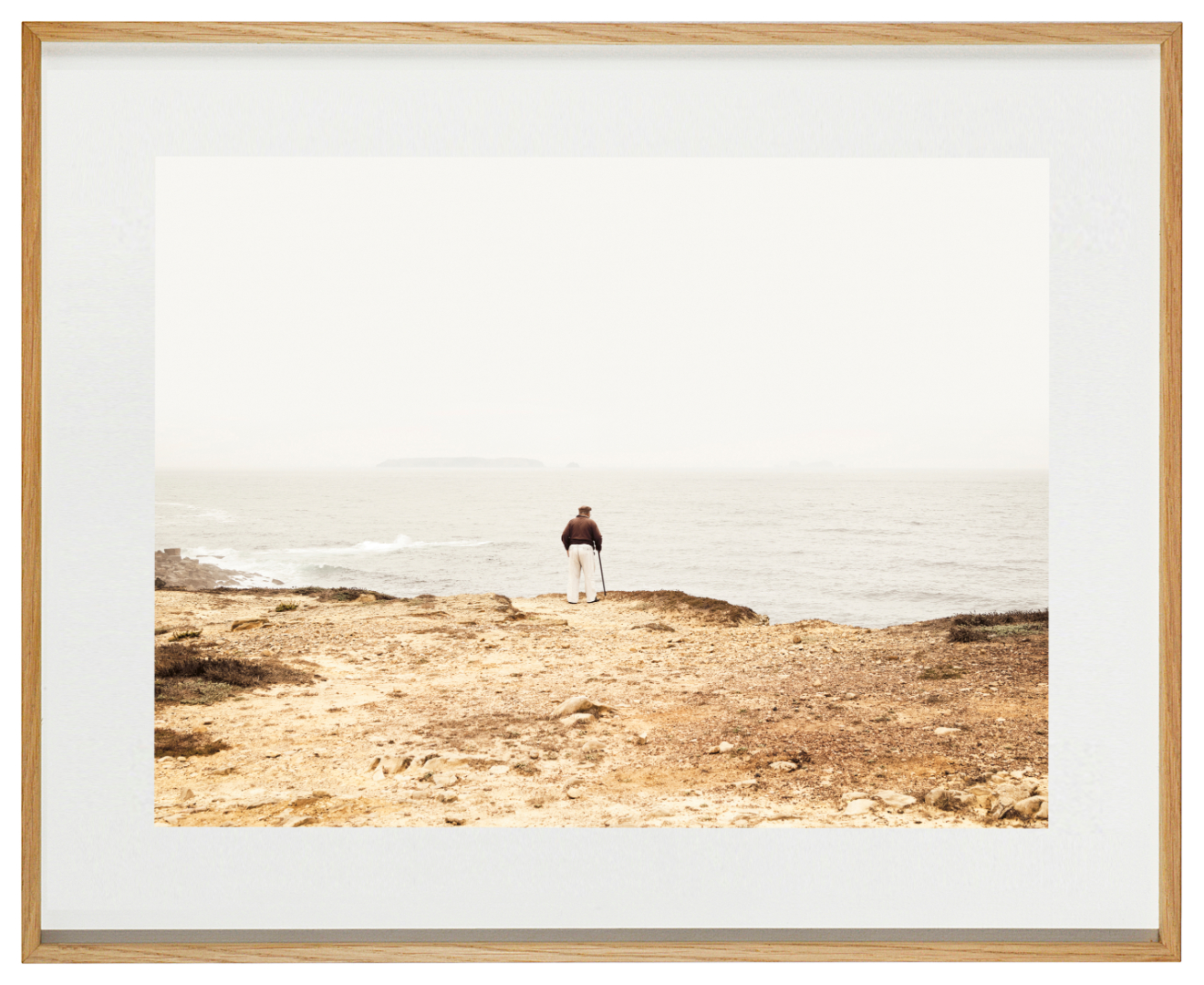 “This work reflects upon the same themes of absence and presence as My Footprints, Gulf of Finland, also being offered exclusively for Stills From A Bigger Picture. I spent a year living on Portugal’s Silver Coast and regularly visited these cliffs. Drawn by the views across to the Berlengas Islands, I found myself moved by the memorials to those lost at sea which are located at almost every belvedere along this particular stretch of coast. Peniche’s fisheries are some of the most important in Portugal and life in the municipality is intrinsically linked to the sea which surrounds the harbour city on three sides. During the authoritarian rule of the Second Republic the city’s fortress was used as a prison for opponents of the regime and the Berlengas archipelago which lies 10km offshore also served as a penal colony yet, against this background of human tragedy, the sea has always held a restorative healing power. The name of this particular viewpoint is taken from the local parish church dedicated to Our Lady of the Remedies. Aside from it’s Catholic and spiritual connotations, I find the name entirely apt for the time in which we’re currently living and am certain that we can all relate in some way or another to this solitary man standing in quiet contemplation.” - Edward Hopley, 2021