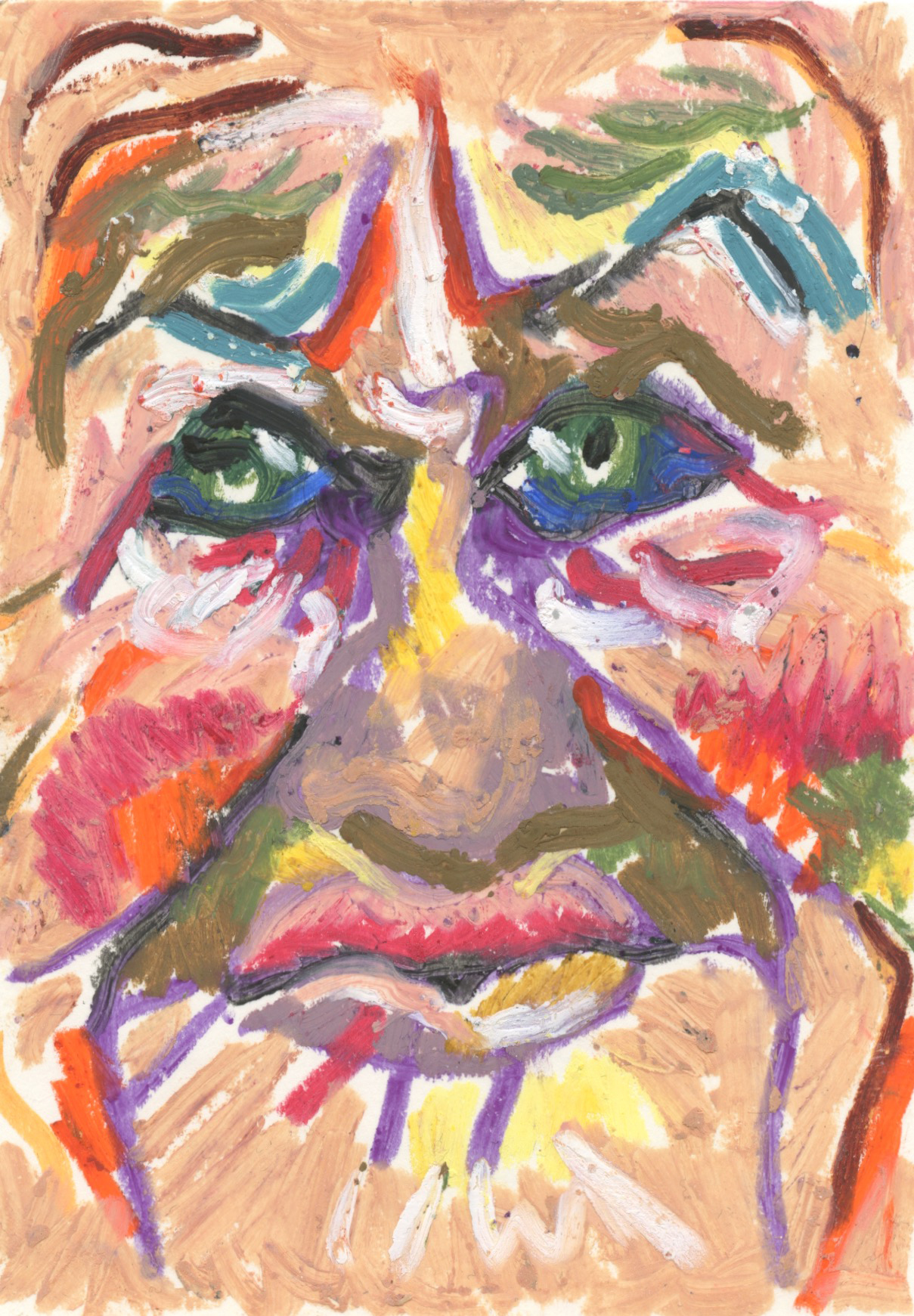 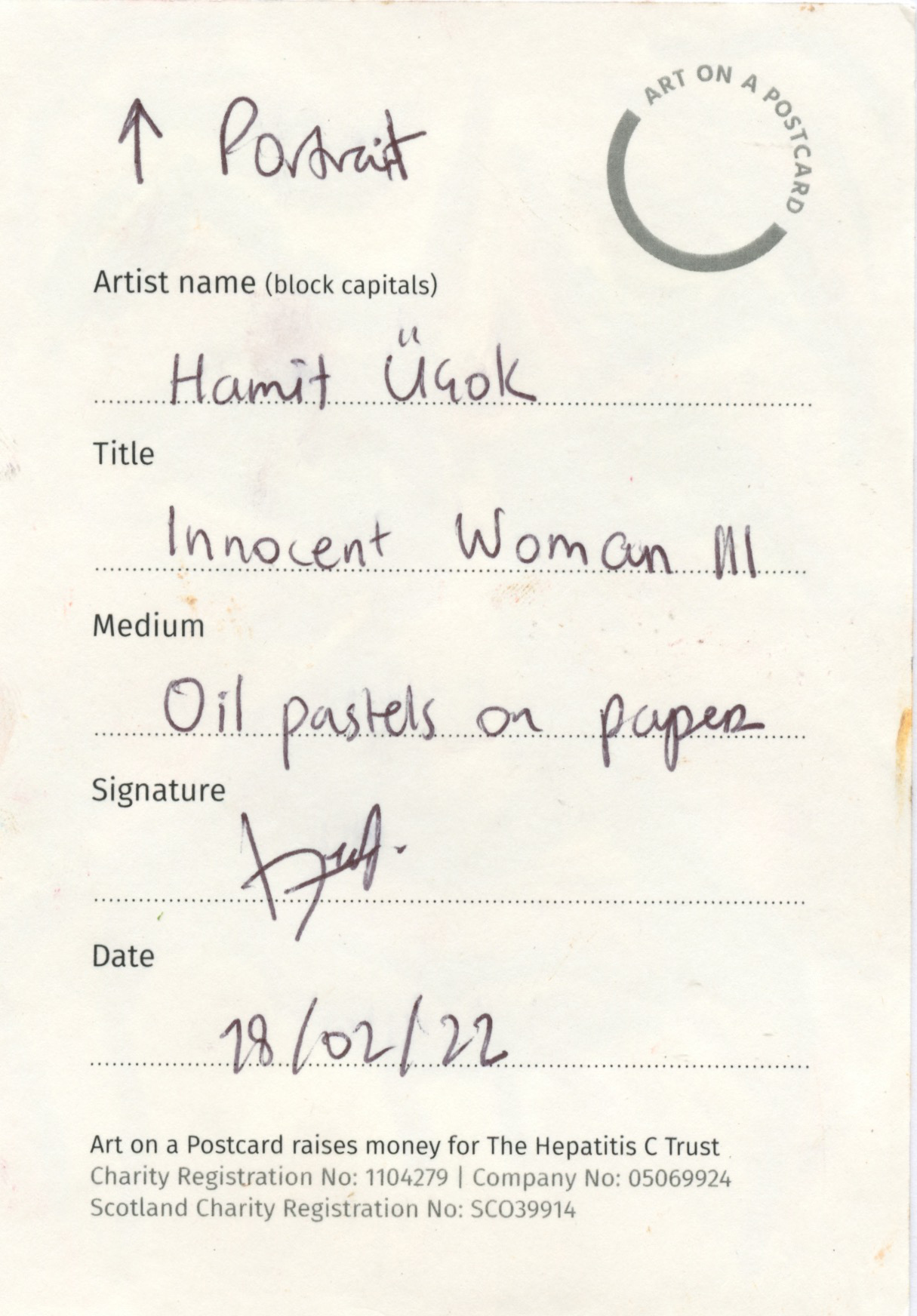 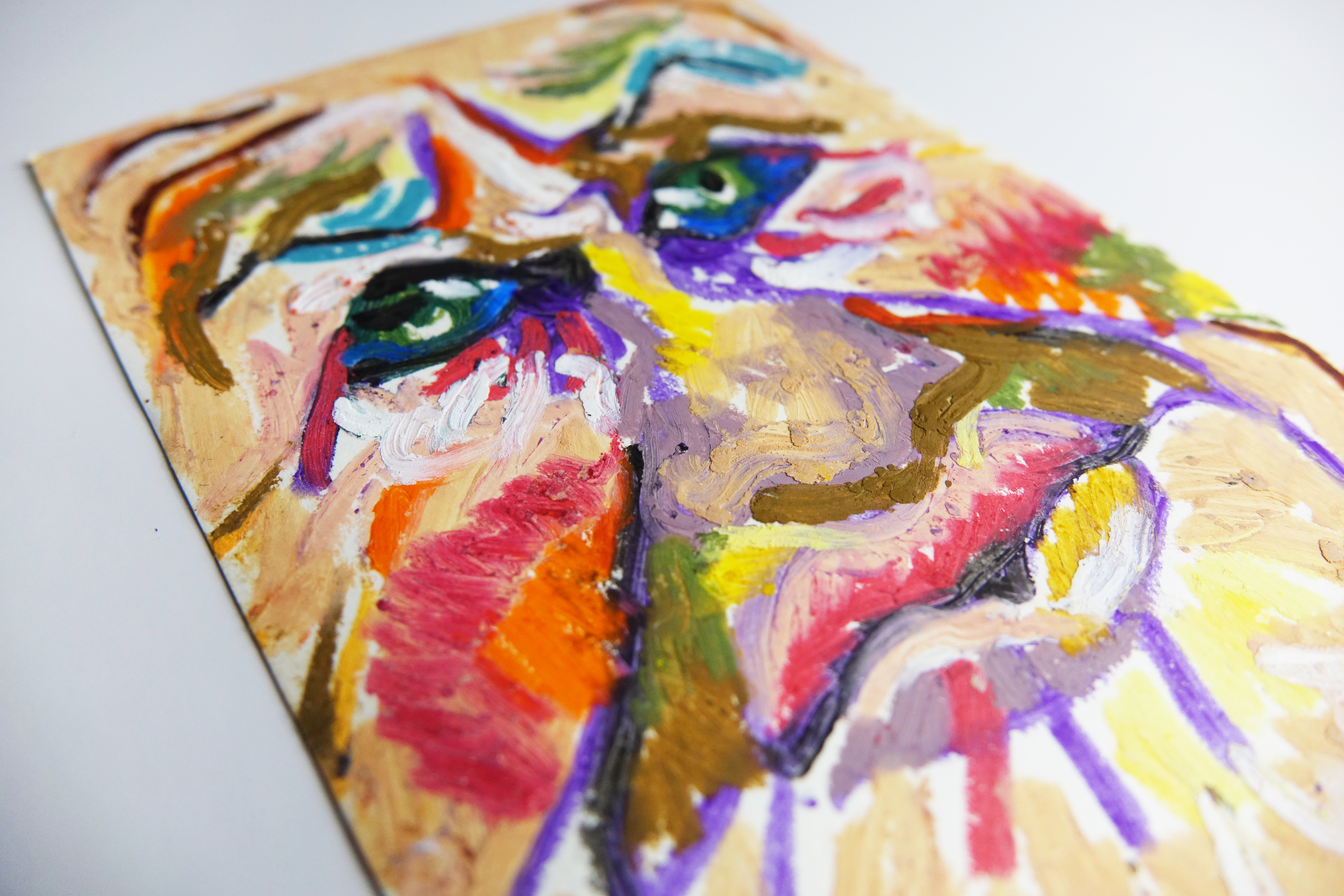 Hamit Üçok (b. 1995) is a Cypriot artist currently living and working in London. He earned his MA in Painting from the Royal College of Art, and a BA degree in Fine Art from the University of Hertfordshire.

As an artist, I strive to create work that employs visual traps to show how the mind is quick to assume what is being created in a given image. In my allegorical paintings, I abstract the contexts or situations behind my subjects so that the meaning of a work is dormant, suspended or even lost. The viewer must bring their own assumptions to its interpretation. I make frequent use of pre-existing and personal photographic material, film stills, cuttings from newspapers and the internet. The images are tested, reconsidered and collaged by using computer programmes to alter them digitally. My predominant concerns are the social and political issues facing our contemporary global society. To digest and approach these problems I constantly feel the need to transform my ideas and images into paintings. Through my practice, I aim to explore the tension between the photographic documentation of reality and the assemblance of the imaginary. The purpose of my work is to play with the viewer’s imagination by forming an intimate relationship.

My most recent work has derived from personal experiences and memories of growing up in Cyprus, an ethnically divided island. Both my parents are victims of war; my father was born during the 1964 civil war in Cyprus and lived in a refugee camp for eleven years. In the 1974 war he lost members of his family. The war left many people stranded, who as a result have led estranged lives. My mother escaped from Iran during the height of the oppression of the Islamic state. Her first-hand experience of death and destruction have haunted her ever since. Although I have not been directly involved in any active conflict, I have been greatly affected by the aftermath of war. Segregation is an impossible subject but equally, what kind of artist could choose to ignore it? I paint my fears by intertwining narratives drawn from both Turkish and Greek Cypriot vantage points, which allows me to explore the impact of repressive narratives from the perspective of each region. I reimagine the canvas as my island and overlay the cultural commonalities and differences. In doing so, I introduce another layer of complexity, distort time and facilitate dialogue between isolated stories from both communities. An Evening's Musing
Ink and Watercolour on Paper