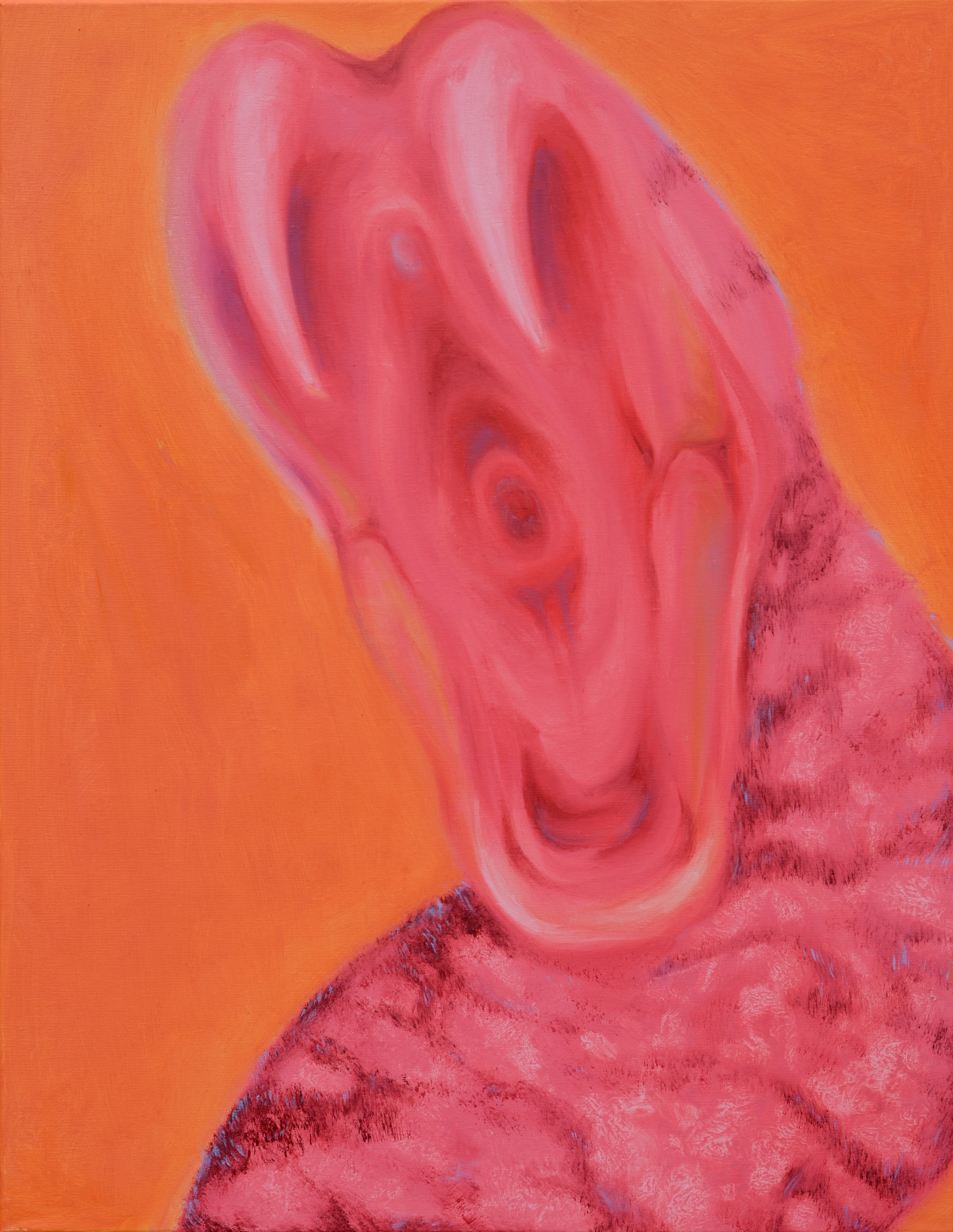 ‘“Mouth” is part of my most recent ‘Snake Cycle’ series. It arose from a need to combine the body with something ambivalent, abstract and unfamiliar. The idea came to me when I was painting an interpretation of the Hellenistic Laokoon Group. Human sexuality, emotionality and the quest for power can all be as treacherous as a snake. Existing in a terminal body exposed to temptation is an eternal struggle against short-term satisfaction, a futile attempt to overcome instinct with reason. These snake-monsters can be both seductive and addictive. These new paintings represent a sense of exhaustion from an excessive exploration of one's own sexuality and the tangible or even material qualities of existence.’ – Danuta Turkiewicz

Danuta Turkiewicz (b.1995) is a Polish painter and graduate of the Jan Matejko Academy of Fine Arts in Kraków. Turkiewicz has exhibited widely across Eastern Europe and beyond with an impressive CV that includes shows with CIELE_SNY during the Kraków Arts Week in 2020 as well as several notable online exhibitions with Tatasin Gallery in Kalisz, Classic Gallery in Nepal and Galeria Jasna in Warsaw.