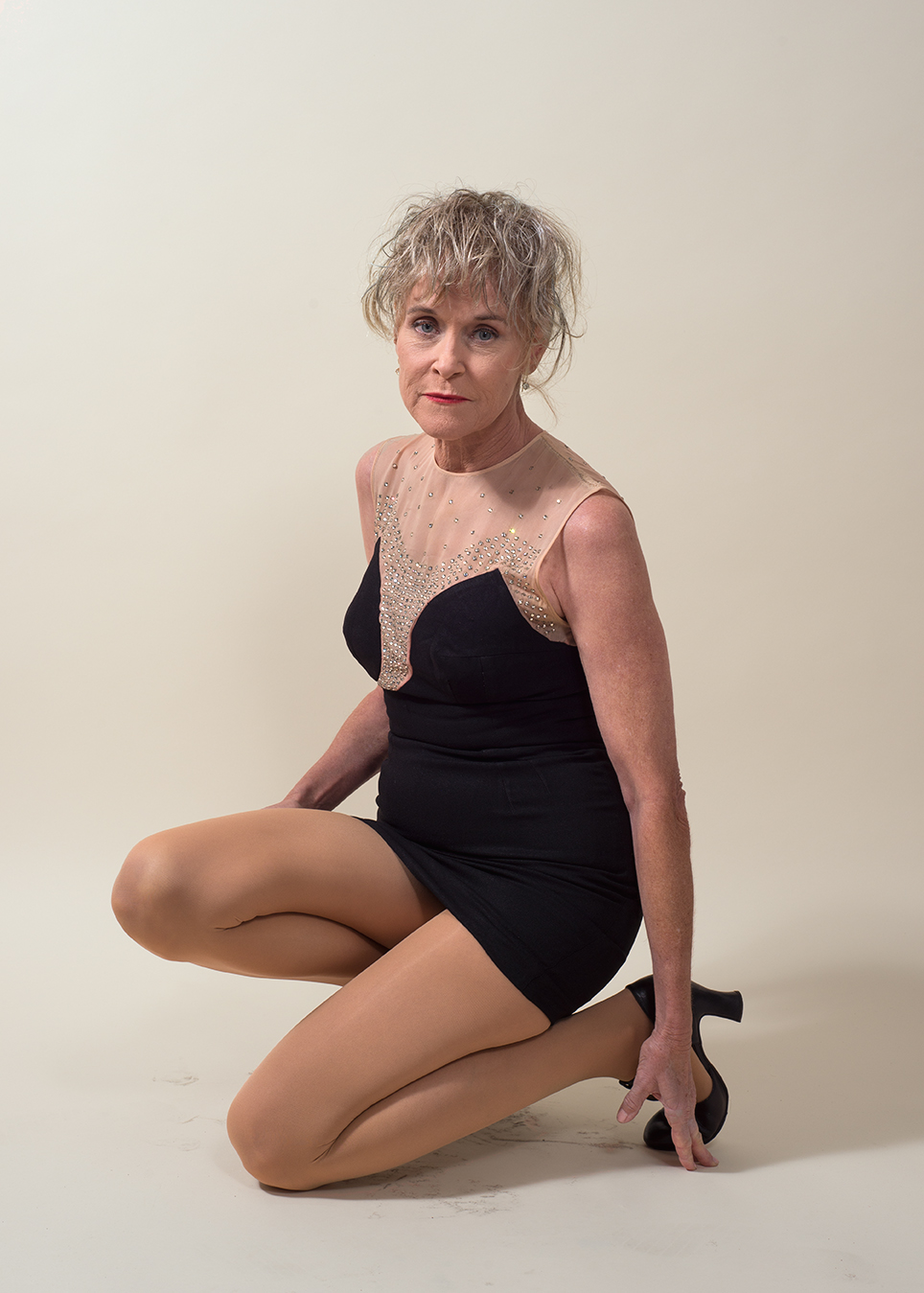 In 1978, when Lynn Segerblom was commissioned to make flags for Gay Freedom Day in San Francisco, she had already been working with dyes, experimenting with the healing powers of color, centering colors, and rainbows in her art. “Maybe I was seeking healing.”

The flags, including two 60 ft x 30 ft flags, that she and a small group of other artists created became what we know now as the Pride Flag. Though it was collectively created by Segerblom, James McNamara, Gilbert Baker, and volunteers helping with the process, only Baker was widely recognized for its creation.

Segerblom is now 69 and works as a security guard at the Caltrans building in downtown Los Angeles.

In Casting Veronica Bloom, Segerblom plays versions of herself playing versions of herself: here, an alternative past's future imagined in a long-held vintage dress. Through fiber and flesh, costumed hair and makeup, she remains unconvinced by her depiction of this self. What is true and lasting is both latent and explicit.

Esteban Pulido was born in Venezuela and uses photography’s concrete and abstract potential to photograph people. Esteban curates Board of Photography, a critical publication looking at crises in art mediums, and runs Los Angeles Print Shop,a digital print shop making large-format prints for artists. His work has been exhibited in Los Angeles, New York, Chicago, Kansas, Oklahoma, South Carolina, and São Paulo. Esteban received a BFA from the University of Oklahoma and an MFA from the School of the Art Institute of Chicago. He lives in Los Angeles where he teaches photography.