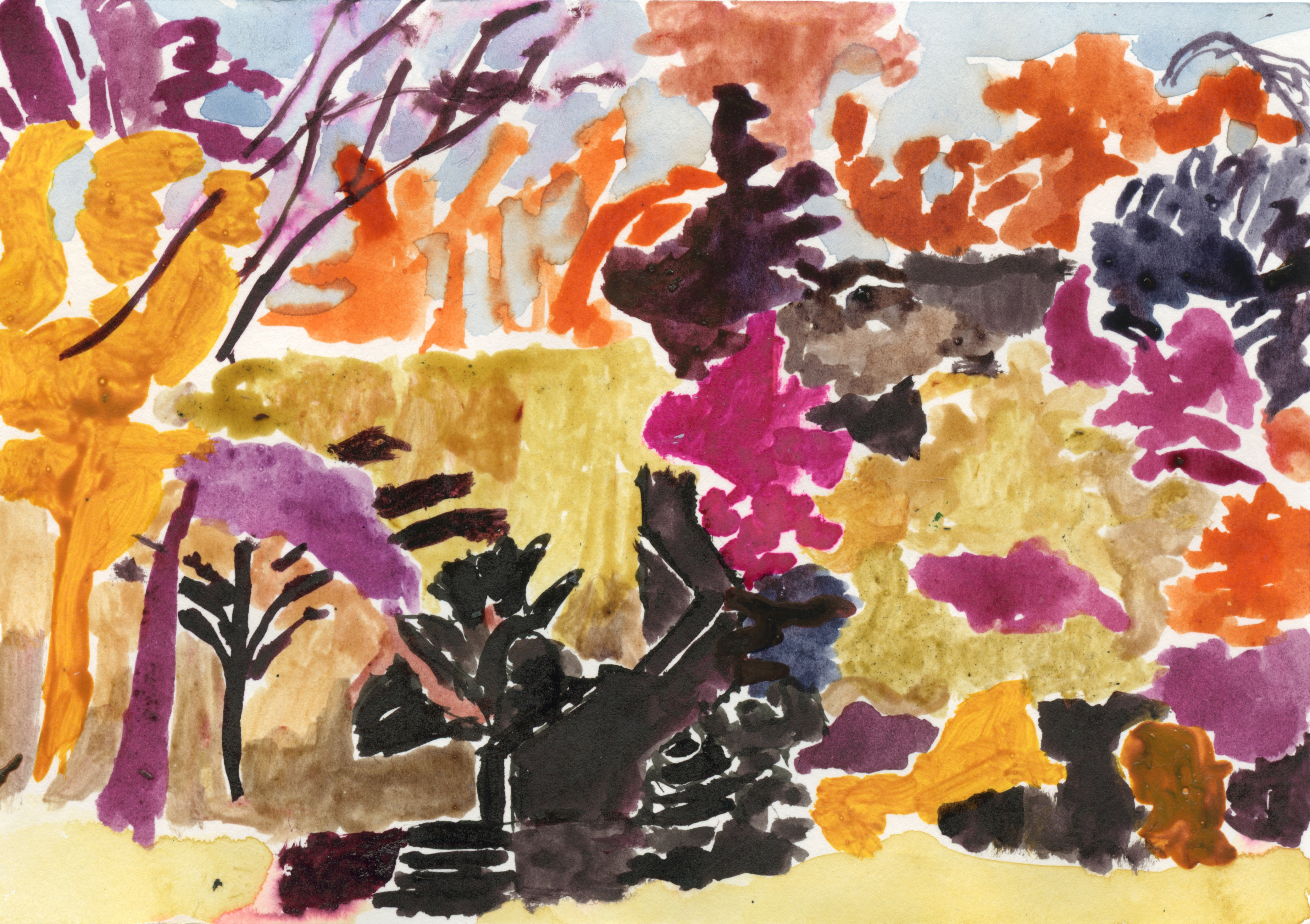 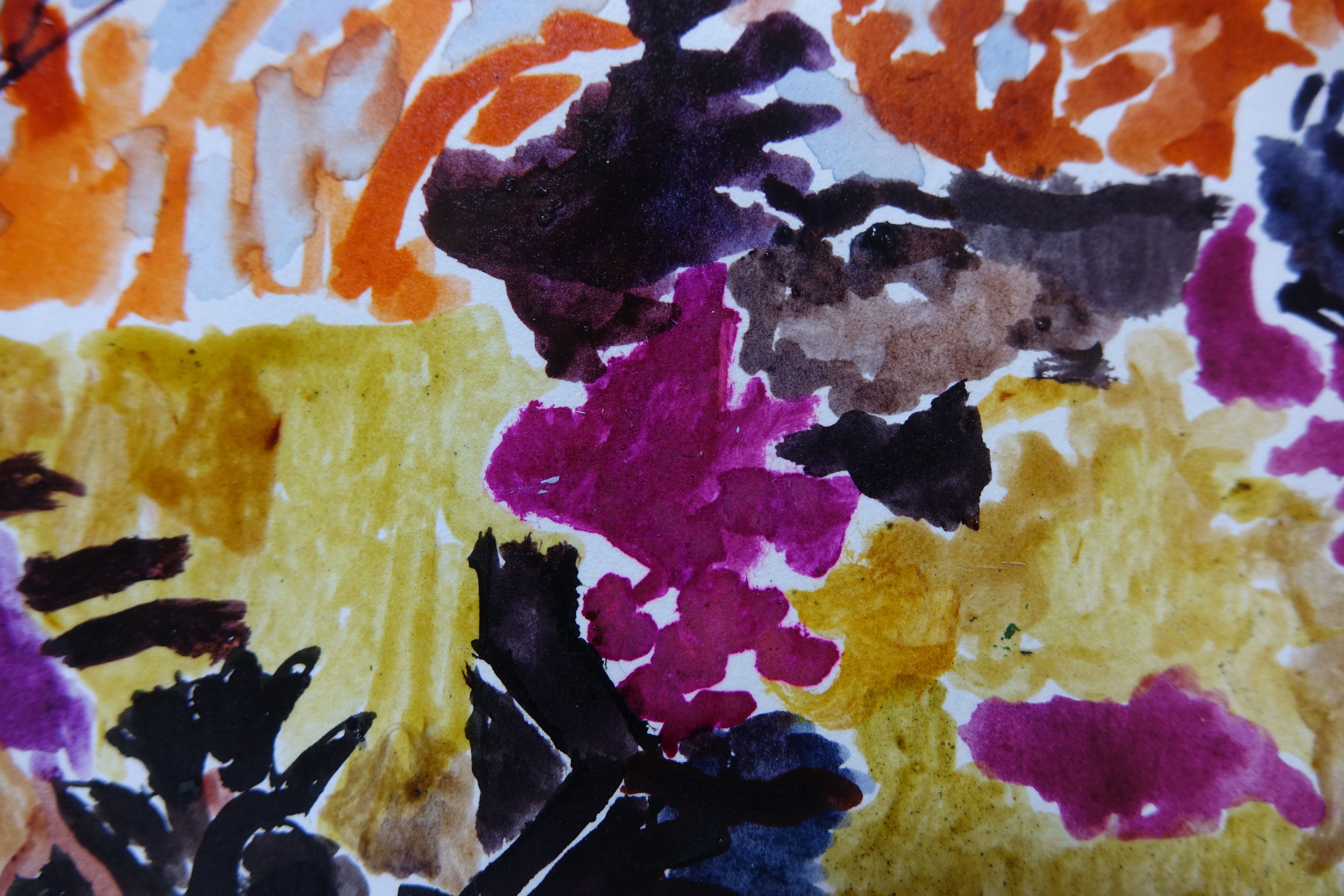 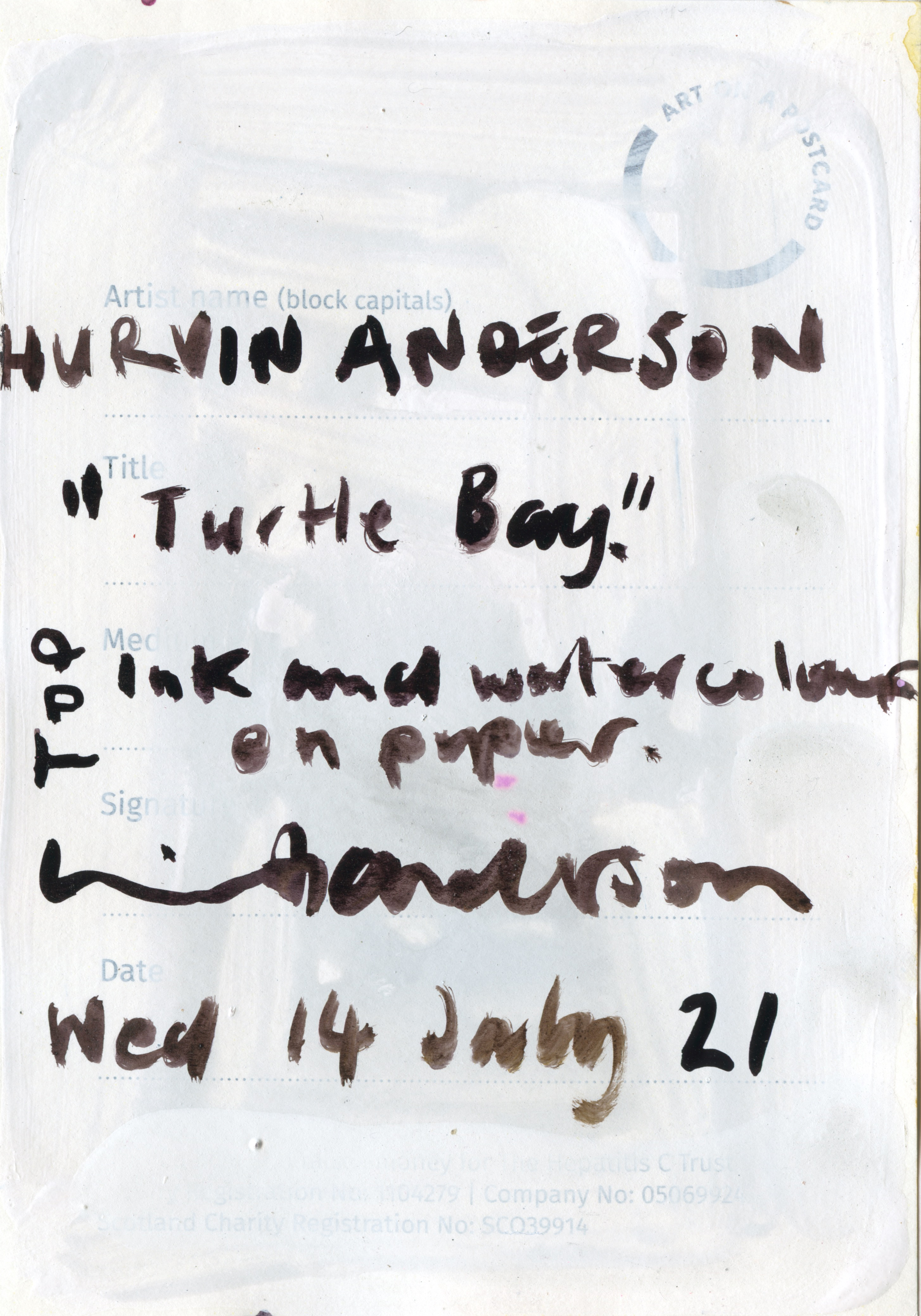 Ink and Watercolour on Paper

Hurvin Anderson was born in 1965 in Birmingham, where his parents settled after emigrating from Jamaica. The origin of Anderson's work often stems from his experience growing up within Birmingham's African-Caribbean community and his time spent living in Trinidad as an artist-in-residence. Distilled from memory, his work investigates notions of identity, space and community, exploring the complexities of cultural influences and social histories. The composition of Anderson’s subject matter also exists like a fleeting moment, visually characterised by a sense of temporality often depicted in his paintings. Working across a range of mediums including photography, sculpture, drawing though predominately painting, Anderson’s work is steeped in lush, vivid colours of the Caribbean, contrasted with urban, English landscapes. It is this ambivalent relationship that most effectively disrupts binaries of place, revealing how Anderson negotiates these cultural influences by reimagining his surroundings. In the Quiet Silent Seconds
Watercolour on Card