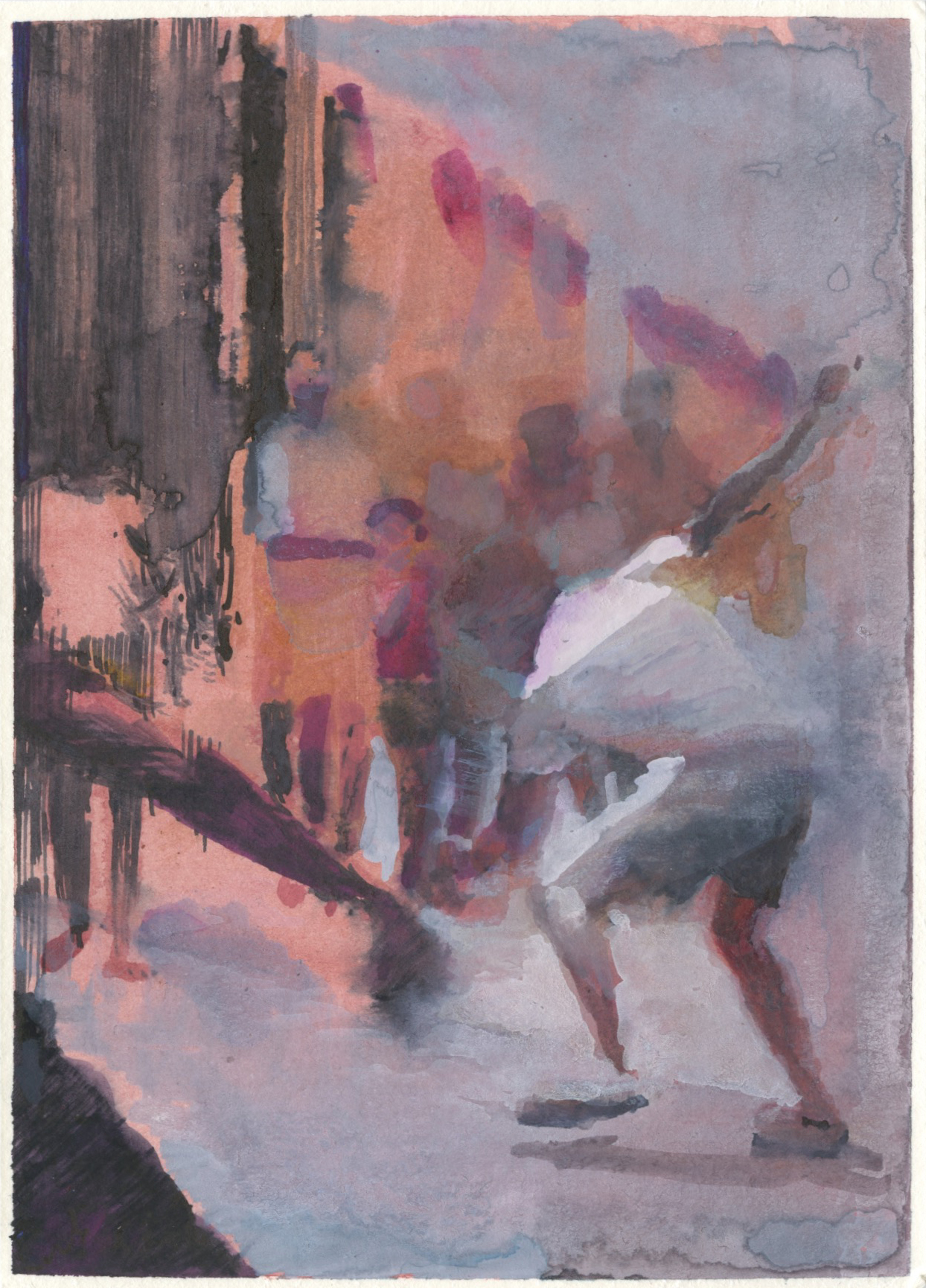 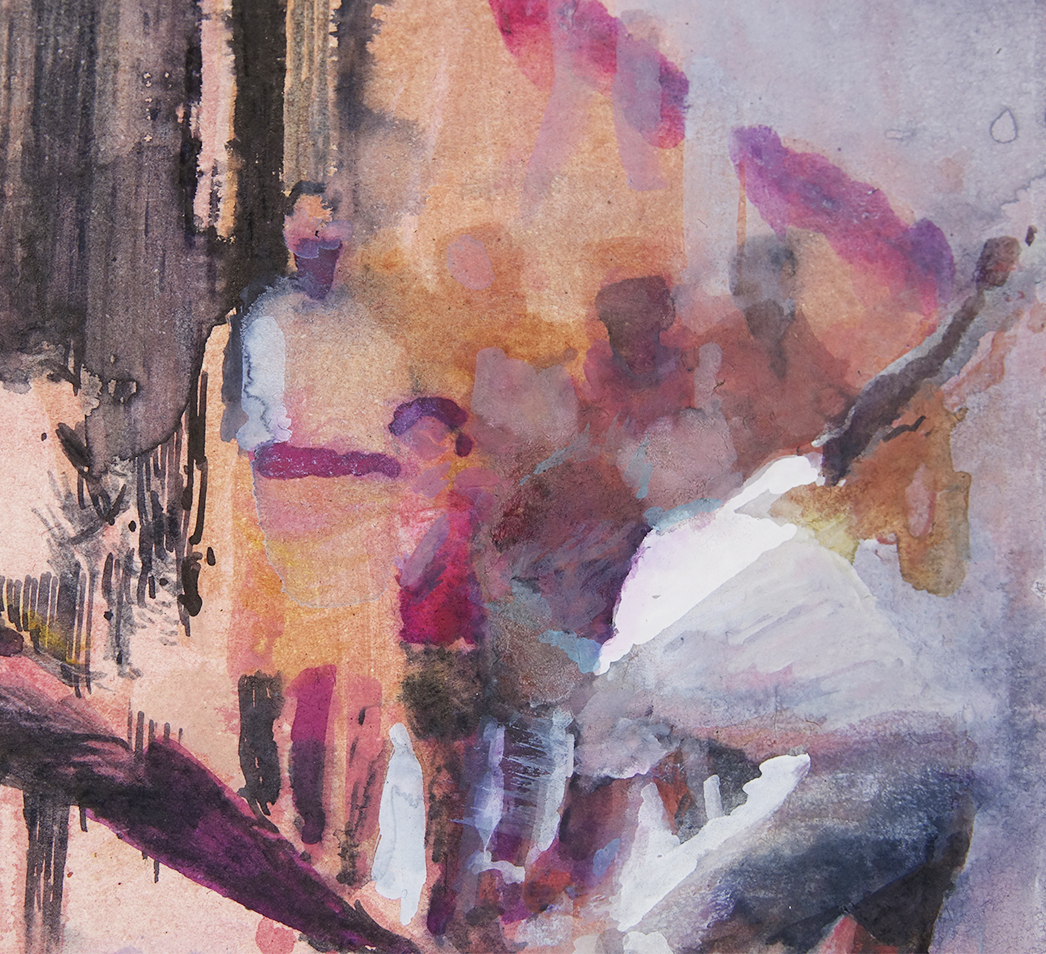 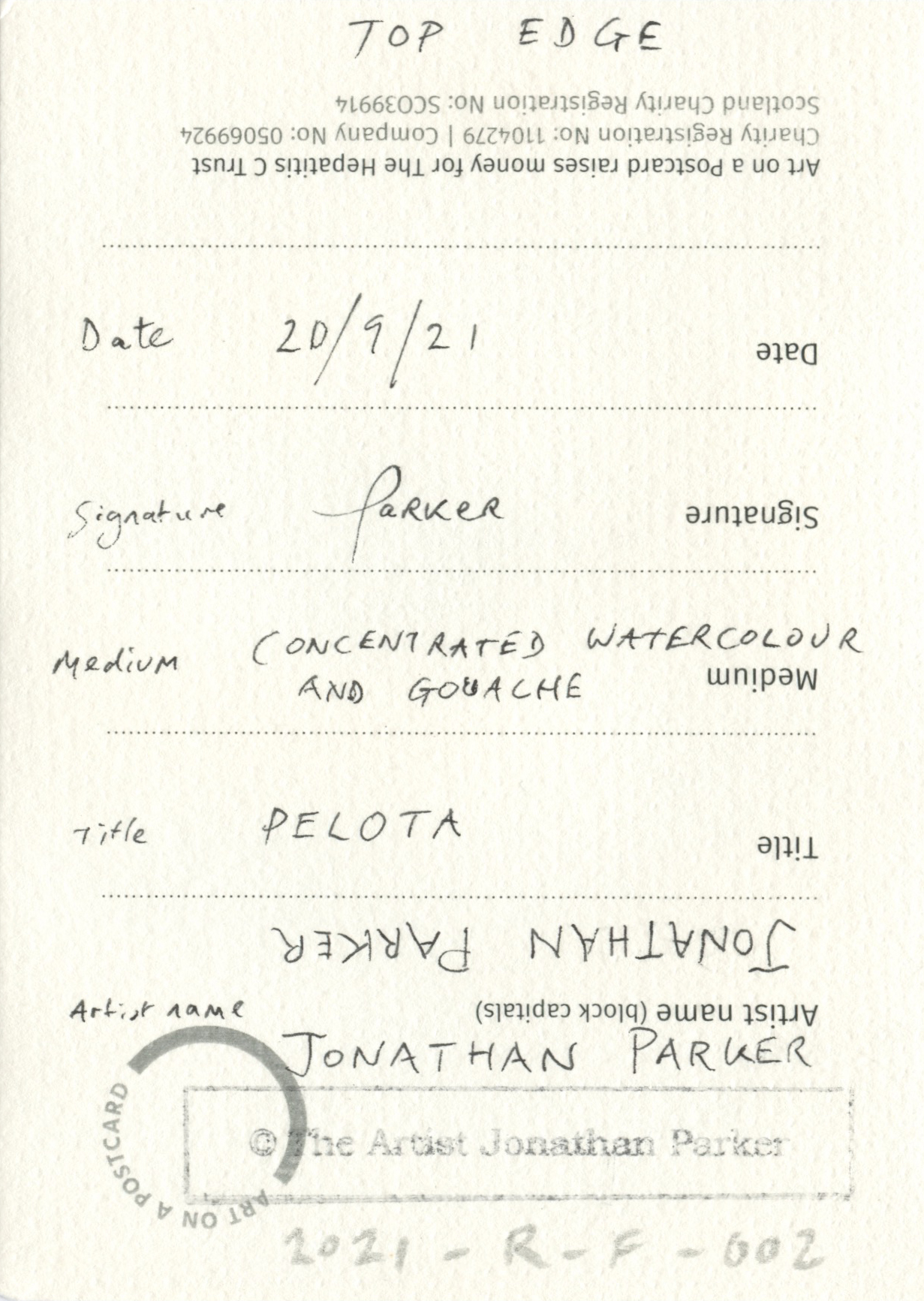 Concentrated Watercolour and Gouache on Paper

"Roses" is painted with immediacy, bringing the temperate late-summer flowers from the garden, fresh into the studio. And that immediacy is transferred to "Pelota" which is viewing a brief moment from a grainy, tropical history. The desire to capture a passing moment, that sense of uncertainty, is often why I paint; where freshness can meet graininess. During the summer, with all its changes, I learnt how each rose has a different character with the leaves providing a framework for the period of time spent painting, when roses need replacing. Time, as a theme, surrounds the central figure in "Pelota", who is about to strike a ball with his hand; a common sight around Old Havana where I was apprenticed in 1991 and where I shot some Super8 film that to me is like treasure, still... The Cloud
Mixed Media on Paper