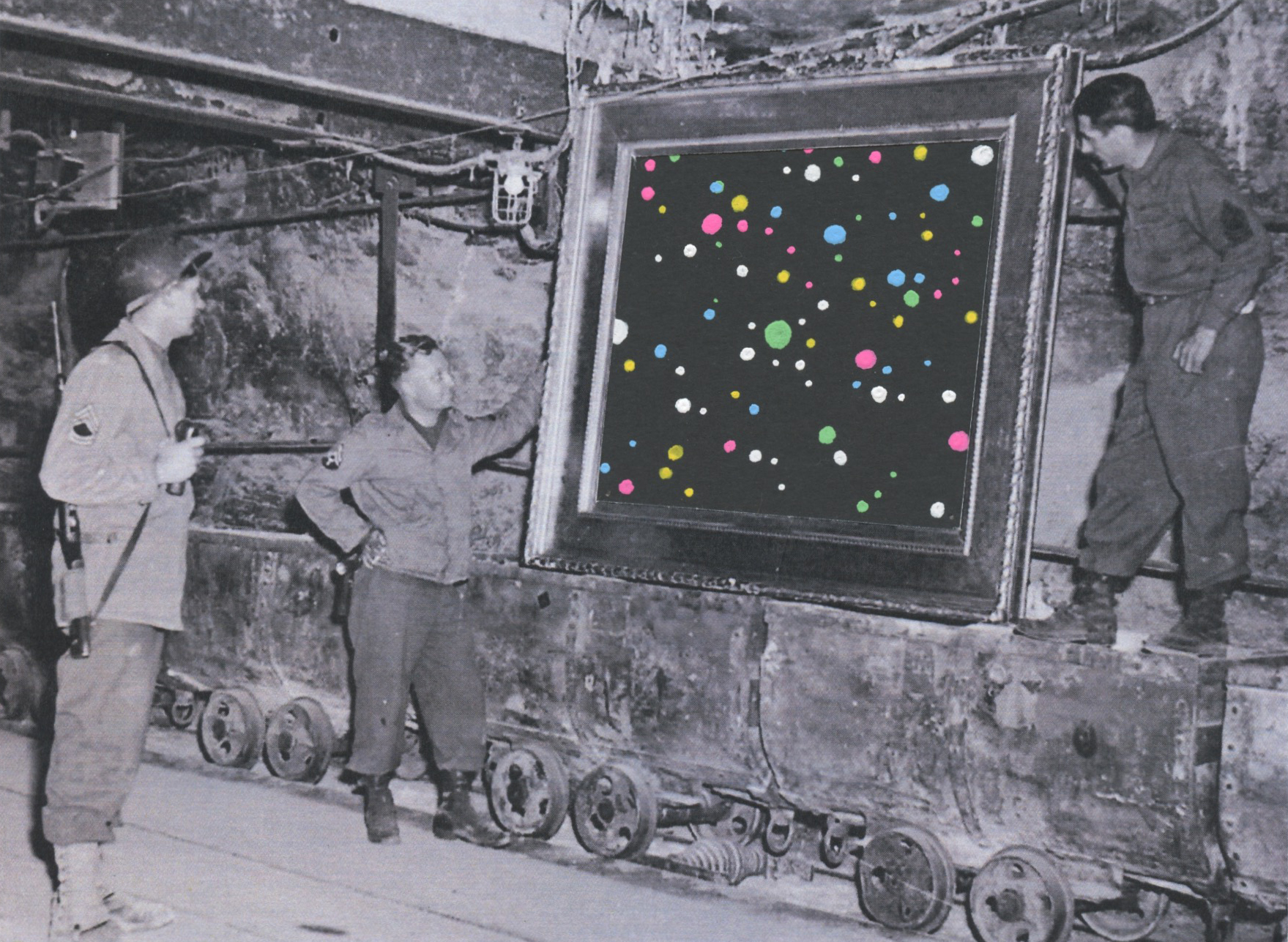 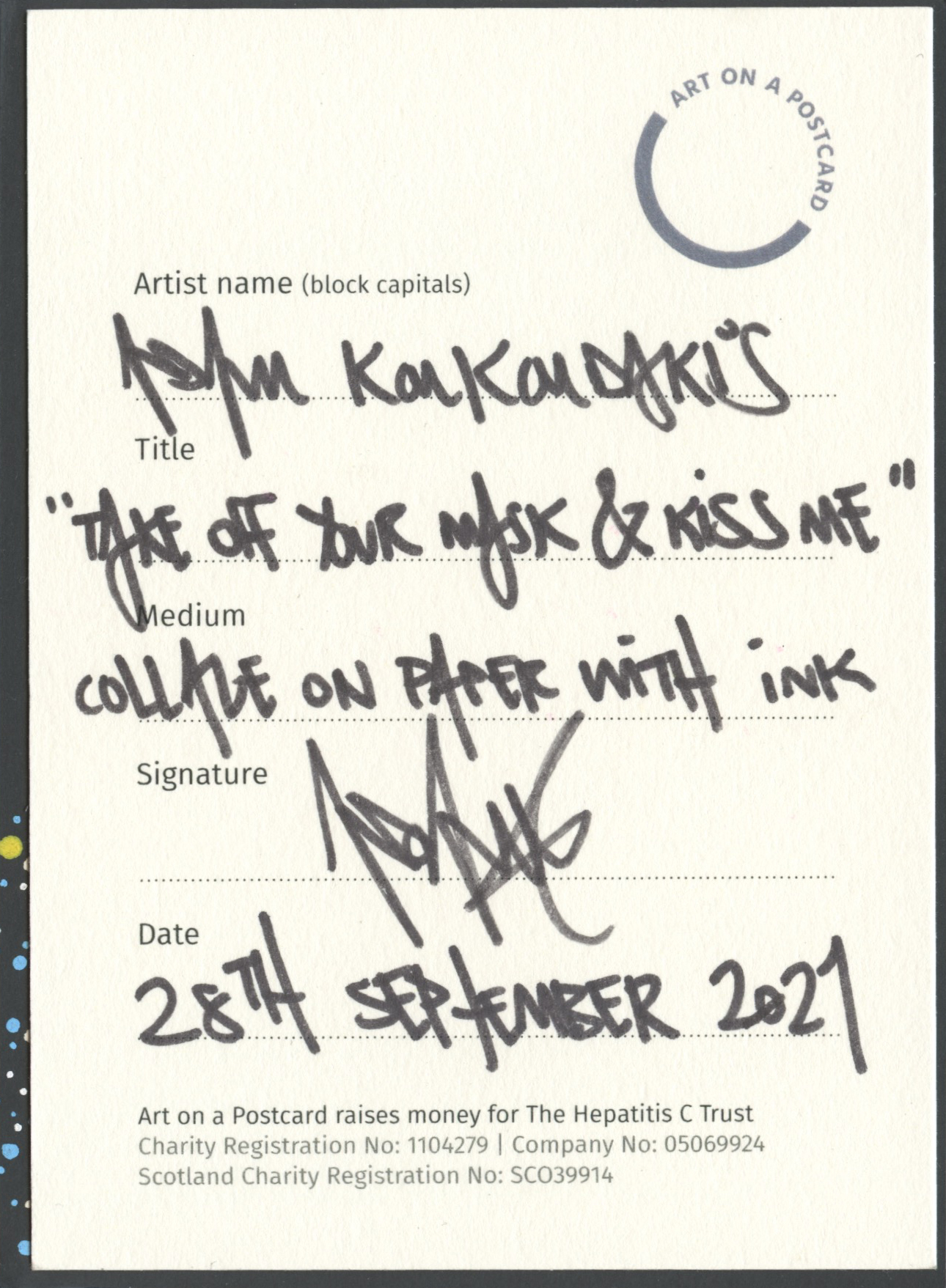 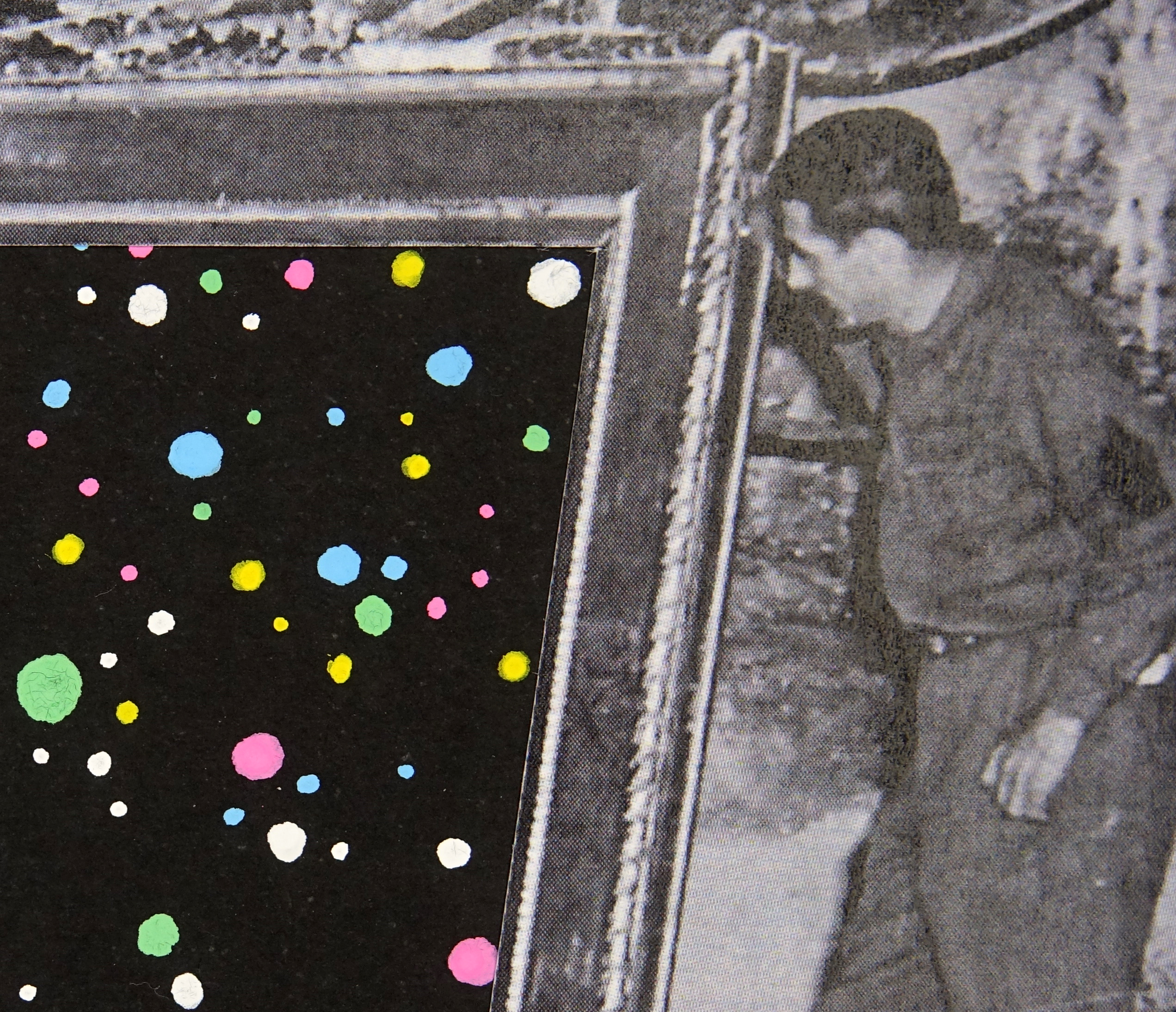 Take Off Your Mask & Kiss Me

Collage on Paper with Ink

Adam is a father, painter, illustrator and collagist who studied Fine Art at Chelsea and Berlin Institutes of Art before graduating with BA (Hons) Fine Art from Central Saint Martins in 2006.In the same year he was invited to participate in his first post - graduate show with Banksy at Greek Street's infamous Lazarides Gallery, at a time when it was inspiring a broader movement of artists whose work blurred the lines between fine art, street art, illustration and graphics

In 2007 he accepted a further invitation to participate in Santa’s Ghetto in Bethlehem, before embarking on a busy International circuit of shows, projects, collaborations and private commissions which kept him out of trouble until 2010, when he took a hiatus to enjoy the rewards of fatherhood.

His paintings and prints have always depicted subjects and topics close to his heart, from early political angst to the unapologetic love of his family.

Adam has exhibited at the RCA, RA and his work is amongst the V&A permanent collection.

For more of his work you can visit www.adamkoukoudakis.com

The first part of these works are inspired by the The Monuments, Fine Arts, and Archives program established in 1943 to help protect cultural property in war areas during and after World War II (AKA The Monuments Men). The second component I have married together is from my "Soul Dust" series of works which I use to describe the beautiful free hand dots that are reminiscent of the stars.

The titles of each work are reflective of feelings provoked by the bullshit we've been subject to since March 2020 which has led me on to a path of healing and self discovery through plant medicines. We are all sovereign beings free to make our own choices regardless of the propaganda that has been widely distributed throughout the media since March 2020. Enforced medical trials are in violation of the The Nuremberg Code (1947). Birds in Poetry - The Owl, Tennyson
Oil on Card