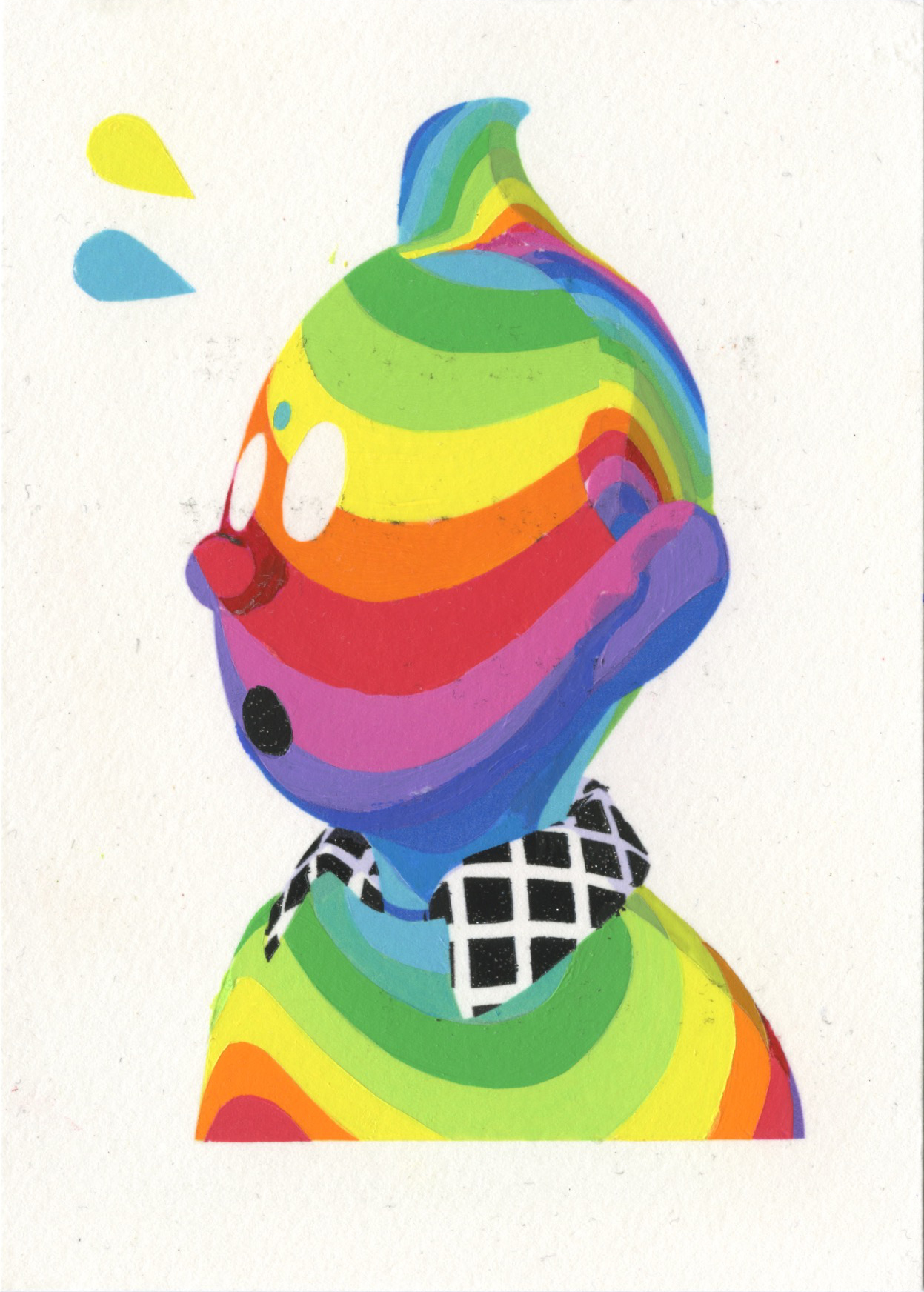 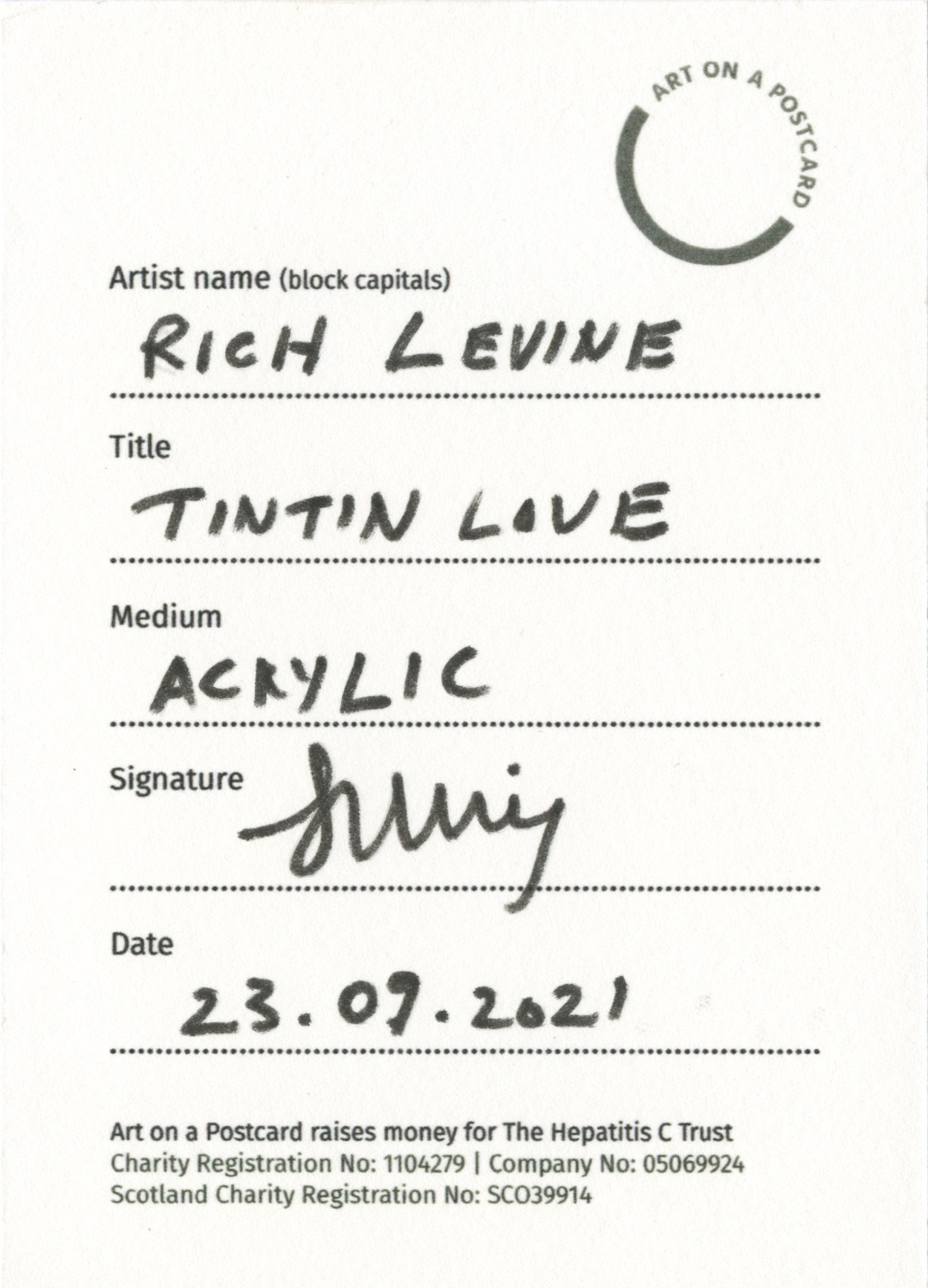 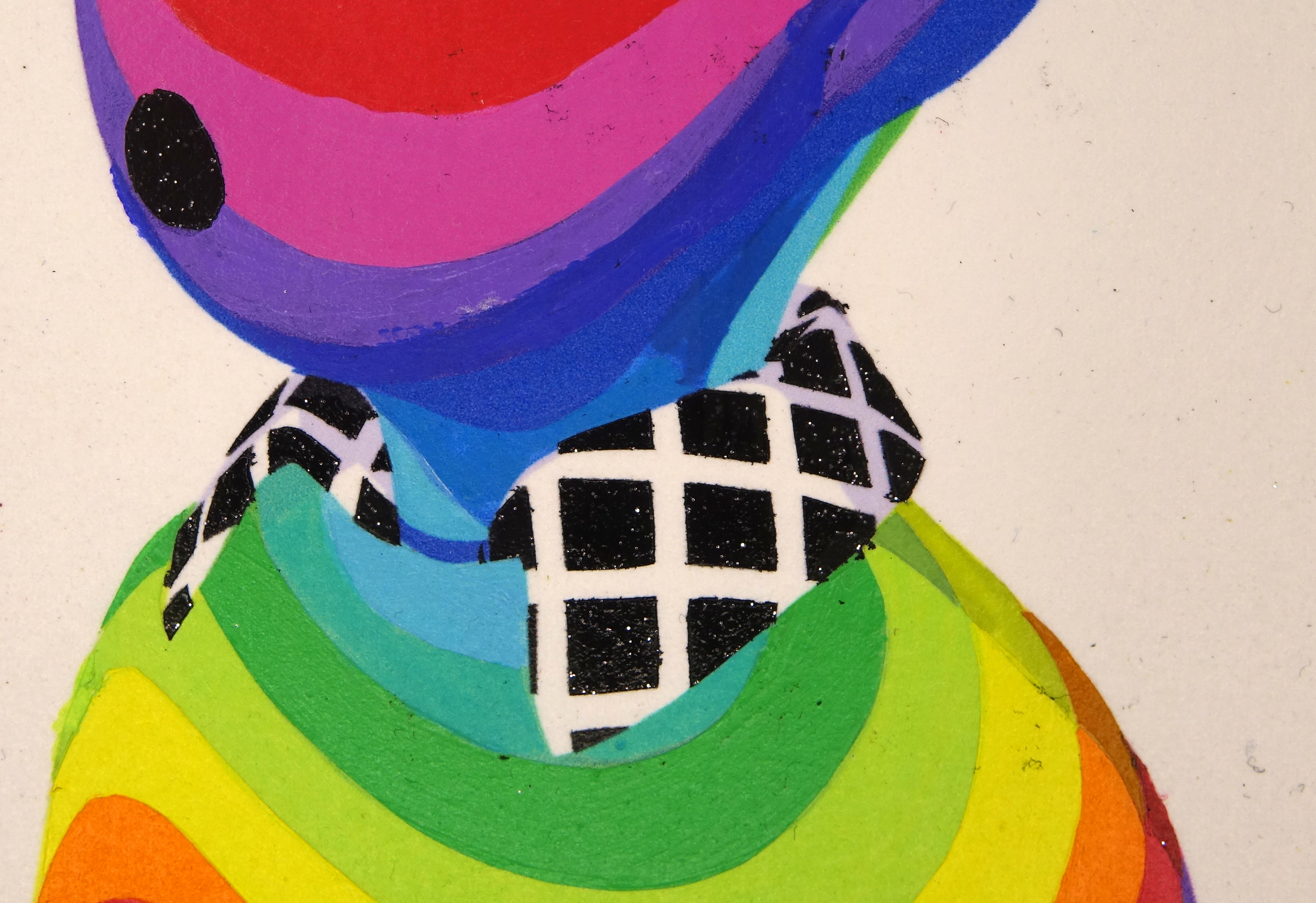 Richard Levine completed a three-year graphic design and illustration course at Chelsea School of Art. He enjoyed varied design work in a holographic studio and 3d post house before branching out into motion graphics. Richard Levine's art plays with geometrical shapes and structures and blocks of colour. His works focus on the topology of iconic and heroic images, hovering between representation and abstraction. They are influenced by the Bauhaus, Jan Tschichold, Piet Swart, the Memphis Group, Victor Vasarely, Josef Albers, Richard Anuszkiewicz and OpArt of the 1960s and 70s, but with a definite fresh 21st century spin. Richard experiments with image making to produce 2d prints which are sometimes transposed into textured objects and patterns to provide a tactile element which plays with light and movement. The symbiosis of shape, pattern and colour in Levine's work, combines to form a brand new visual idiom. Carafe I
Ink, Wax Pastel and Colour Pencil on Paper Didn't Make It In Time
Coloured Pencil on Paper It's Crooked!
Acrylic and Oil Paint on Paper