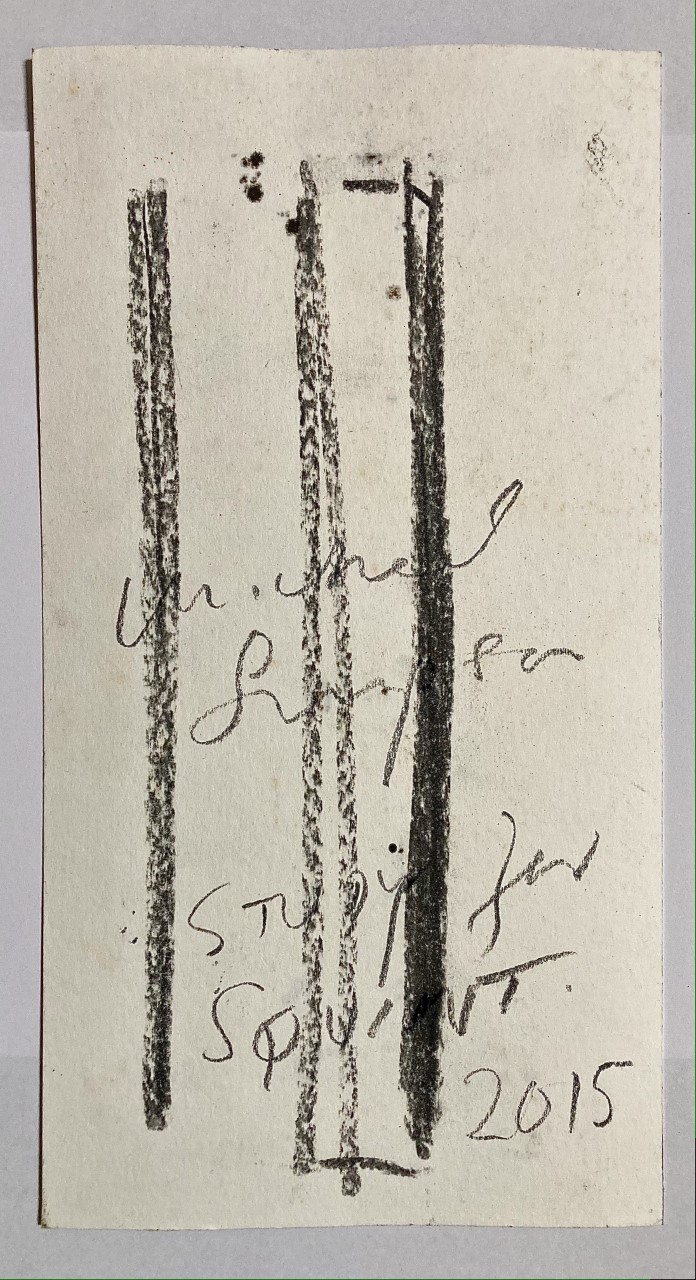 Inscription: signed and dated on the reverse

A ‘leper squint’ is an architectural feature that can be found in medieval churches across Europe. The narrow aperture allowed lepers and other ‘undesirable’ members of society to witness the service from outside without threatening the congregation with disease. While on one level Simpson’s subject matter is the infamy of religious history and the politics of belief, the artist states that these subjective references provide only a subtext for his principal subject: the mechanics of painting.

Simpson has had major solo shows at the Serpentine, the Arnolfini, and Spike Island, and in 2016 won the John Moores Painting Prize. His works are included in major international public collections including Tate; Arts Council England; British Council Collection; David Roberts Arts Foundation; The Ekard Collection, NL; and the Louisiana Museum of Modern Art, DK.