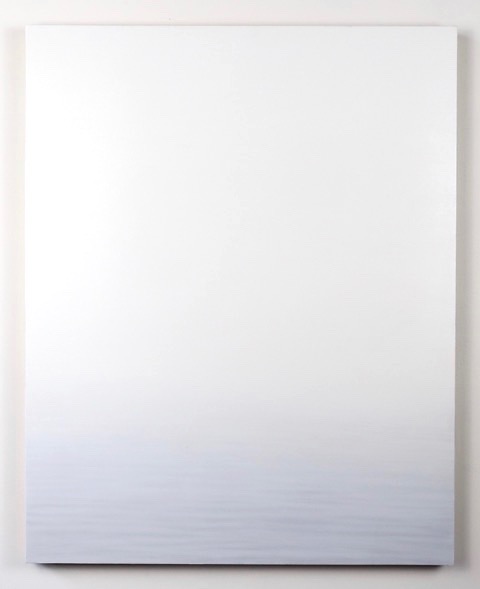 Subtly dynamic and eerily pristine, Rebecca Partridge's Notes on The Sea - Day, Part 3-1 unnerves the sense by not revealing where and what lies beyond the horizon.