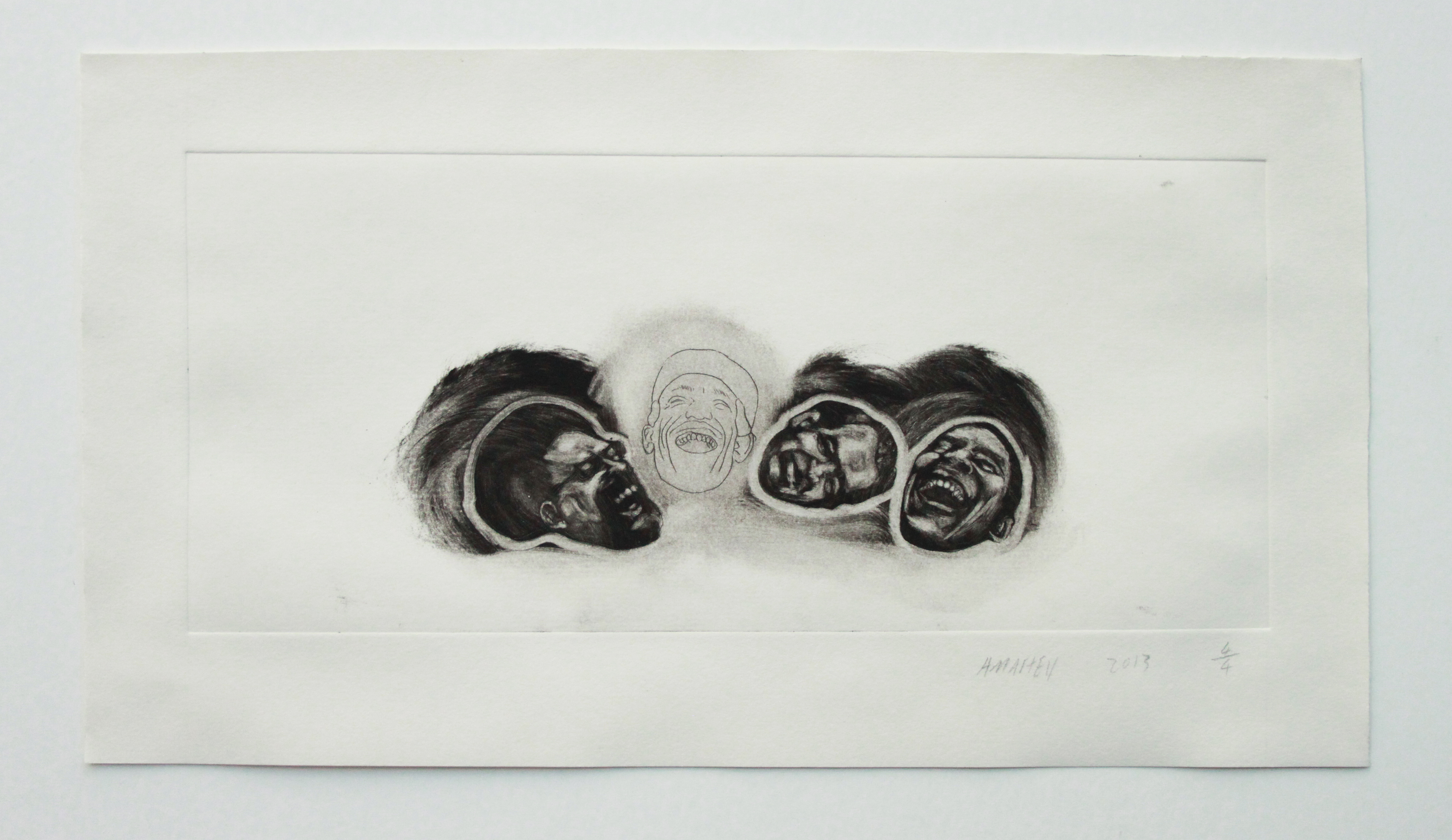 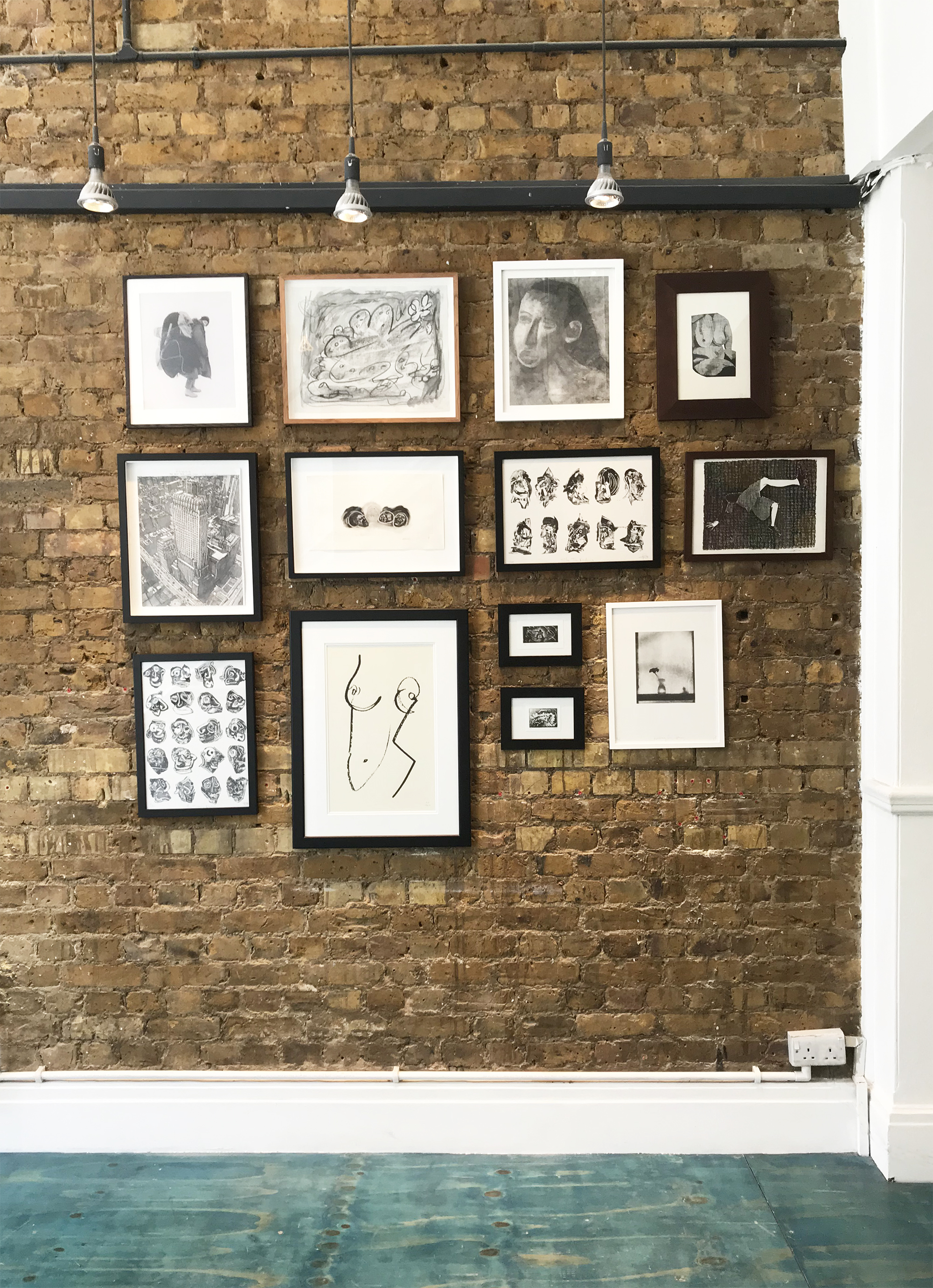 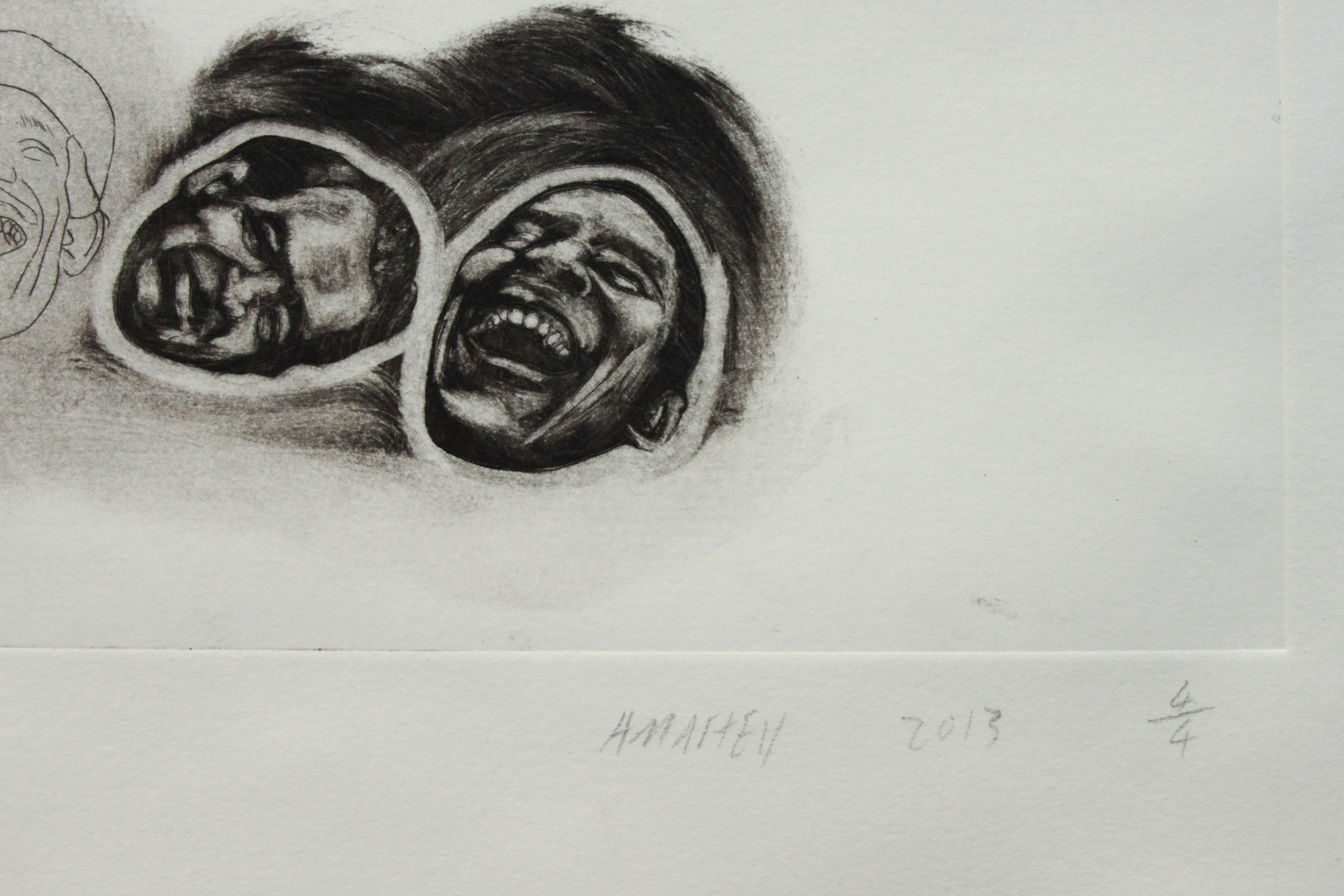 Heads was created during Golding's residency at Tashkeel, Dubai, in 2013. Heads is part of the Gabosia series, which marks a turning point in Golding's career; moving away from charcoal illustration to drypoint printmaking. The Prints illustrate scenes of elaborate mythology designed specifically to offer answers to the mystery surrounding the passing of Golding's Father. Gabos is the antagonist after which the series is named, taken from a mantra used in Louis Theroux’s documentary on Miami’s mega-jail, ‘Game Ain’t Based on Sympathy. The pieces are haunting and satirical, using images and characters put together from various google images, news reports and reality TV, their likenesses eliciting a dark comedy when so clearly derooted from their typically esteemed cultural image. Despite the theme, Gabosia uses Amartey's reality of not knowing his fathers last moments as an opportunity to fill in the gaps with romance, service and optimism.