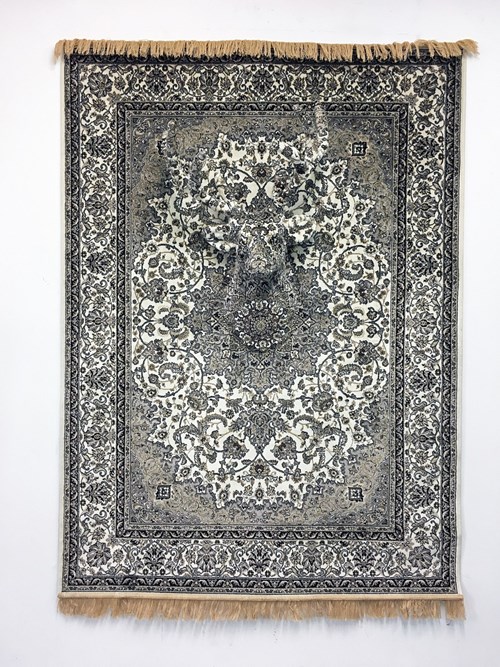 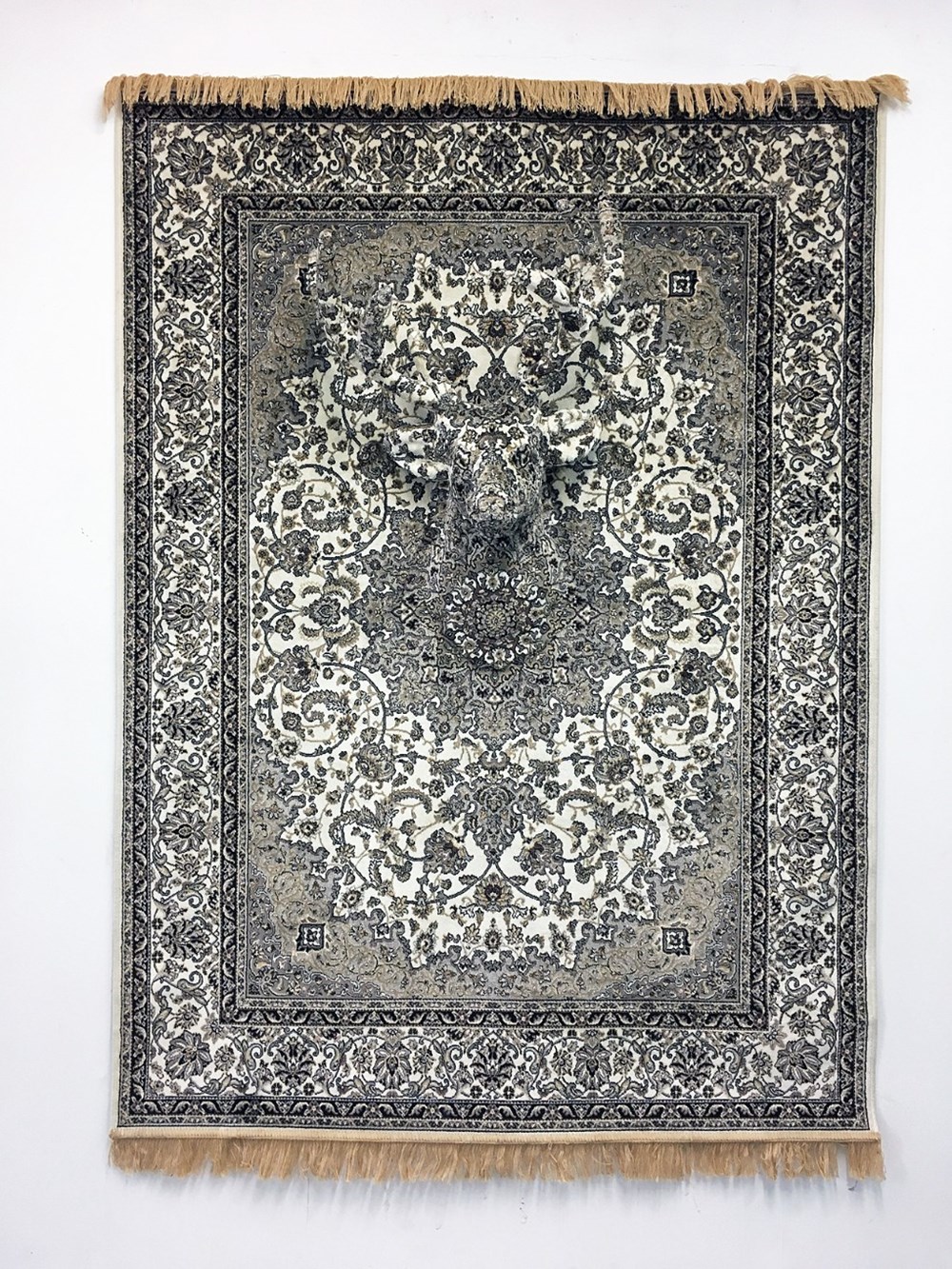 White Stag is a work by the Dundee born contemporary artist, Debbie Lawson. Lawson’s work shot to fame during this year's (2018) RA Summer Exhibition where her Red Bear, a nearly two and half meter carpeted bear, captured headlines and hearts across the nation and sparked a social media frenzy with Paloma Faith, Susie Lau and Graham Norton.

Like Red Bear, White Stag is part of a series of sculptures in which flora and fauna emerge from the intricately patterned, culturally rich backdrop of a Persian carpet, creating a 'visual slippage' as the work alternates between two dimensions and three. This effect was best described by Canada’s The National Post critic, Rebecca Tucker, who detailed it as “Magic Eye-esque: stand in front of the work and the beast all but disappears; move slightly to the right or left and the animal reveals itself in three dimensions”.

Using the domestic interior as a starting point, Debbie Lawson creates animated hybrids with aspirations to be bigger than themselves. Transforming the carpet into a hanging tapestry sculpture, one cannot help feeling the grandeur of stately home or Middle-East interior. Robert Clarke, the Guardian critic, once described Lawson’s work as a place where “the heady incense air of Arabian Nights seeps in as one feels seduced into playful reverie.”

Debbie Lawson graduated from the Royal College of Art and Central Saint Martins. Having had her work widely exhibited in both solo and group shows across the U.K. and Europe, her work is now held in the collections of: The Saatchi Gallery, The House of Lords, Nottingham Castle Museum, University of the Arts London, The University of Dundee and many private collections around the UK and world.

The installation of White Stag requires only four screws into a standard wall. 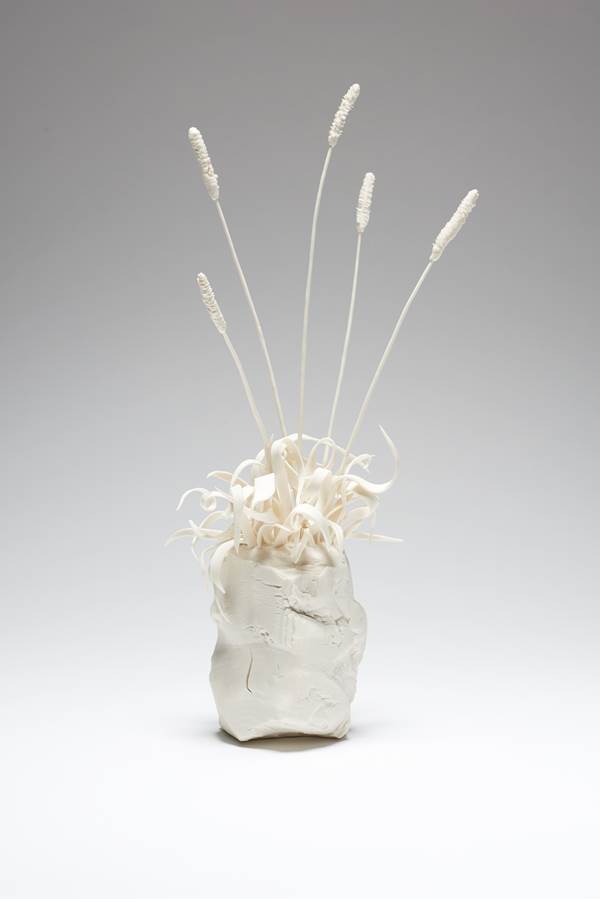 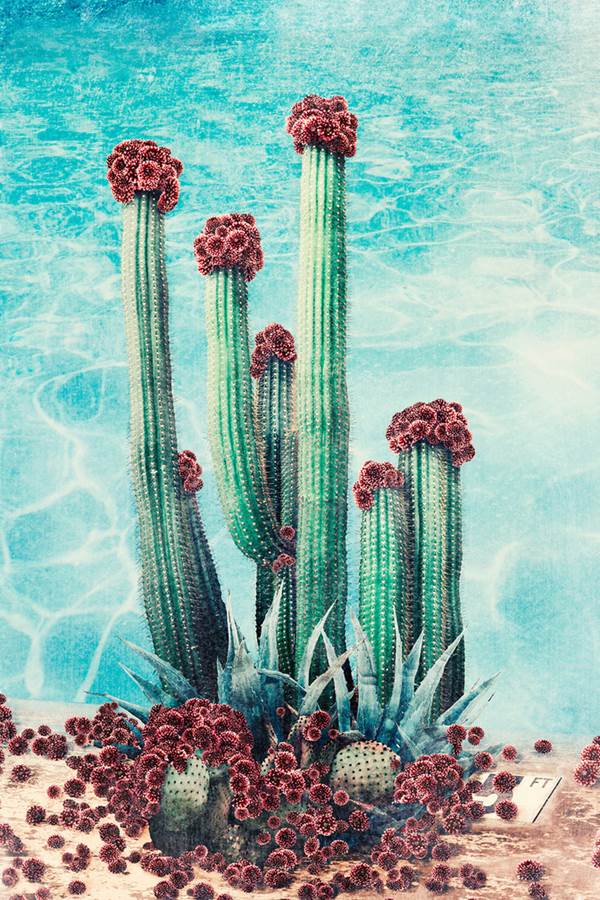