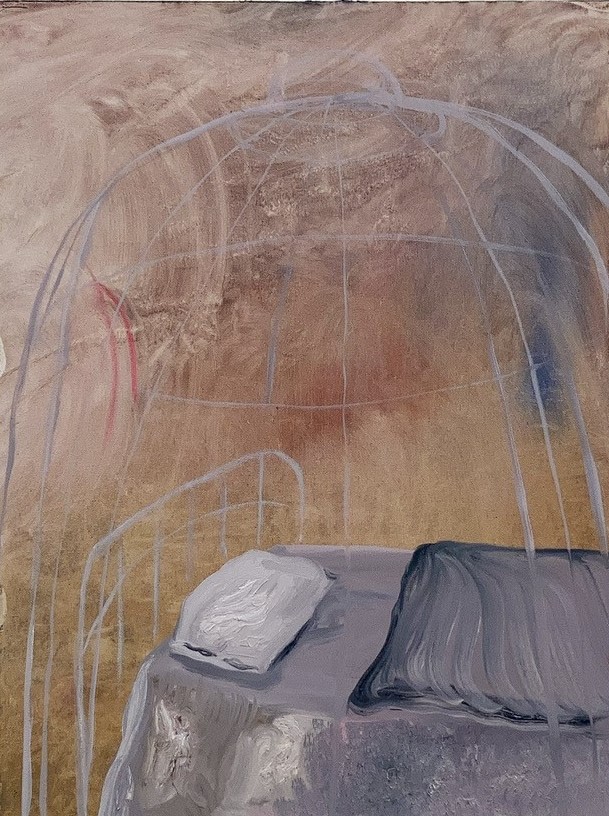 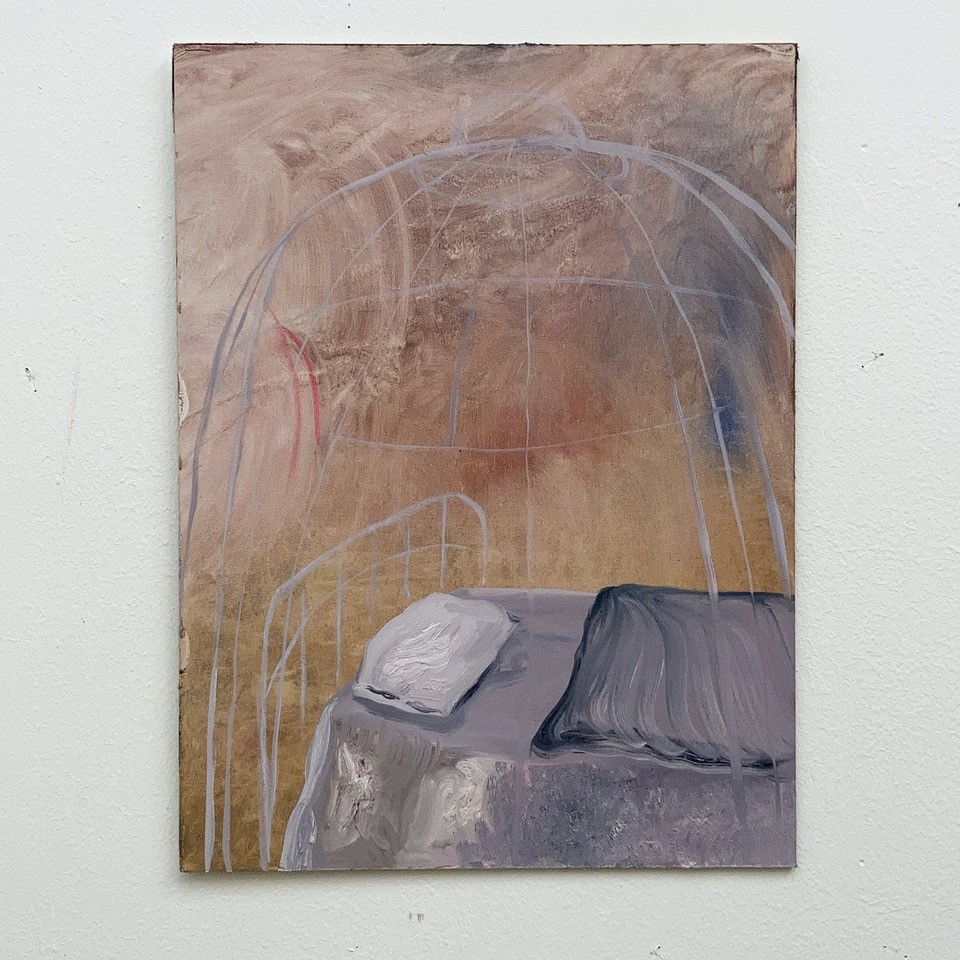 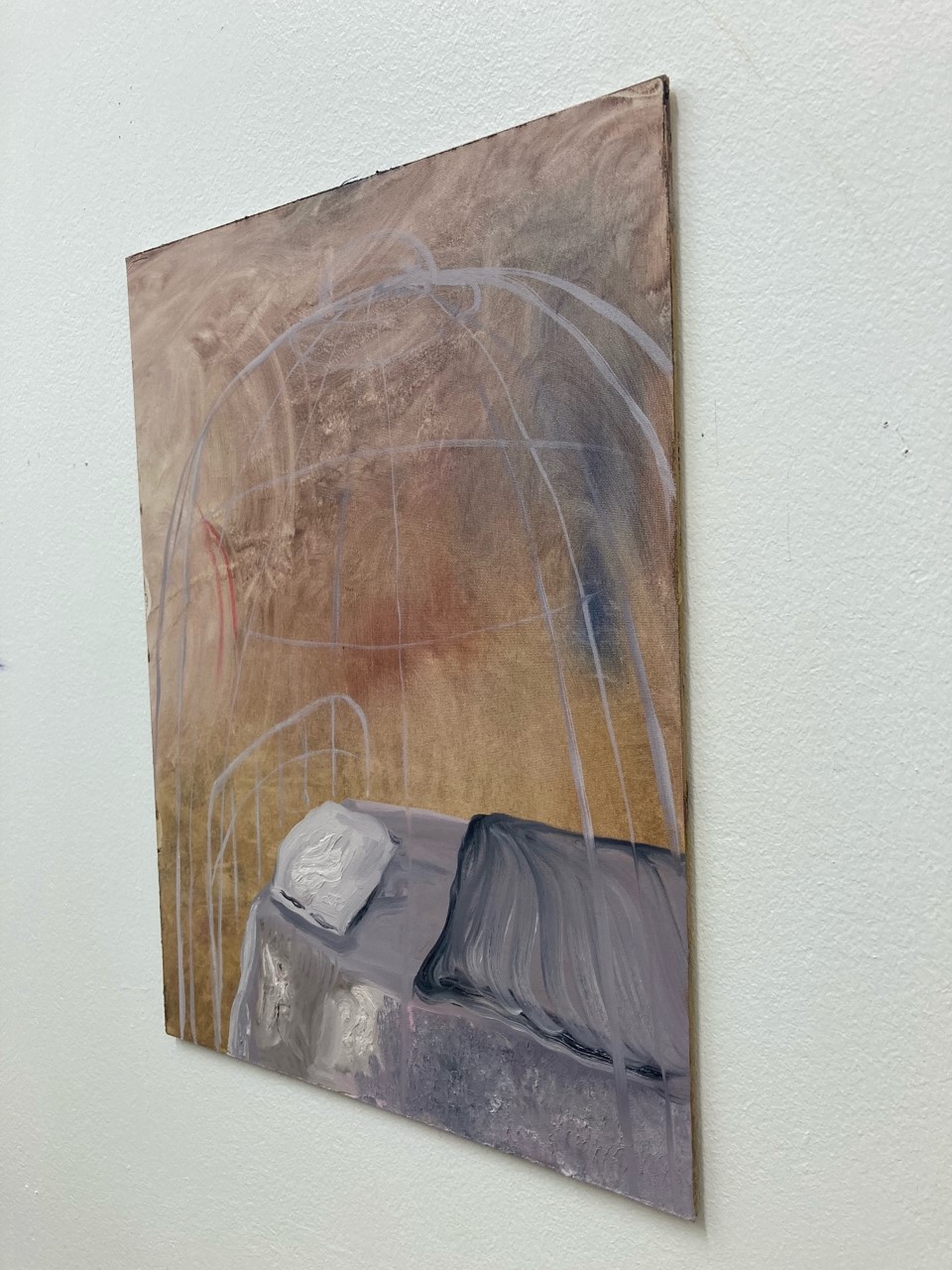 Angela Maasalu (1990) is a painter whose work focuses on personal and intimate themes. She is interested in contradictory human experiences, simultaneously recognising happiness and sadness, the drama and comedy of life. She often uses autobiographic elements to tell stories, combining them with symbolic and poetic imagery in order to expand her personal experience to a more widely understood level. Her work is metaphorical, fairytale-like and relies on narrative beyond the image.

At the end of 2019 Maasalu opened her solo exhibition at Hobusepea gallery titled “Cave for forgotten dreams”, centred on the image of the cave as storage for memories and dreams. This exhibition confirmed the artist’s interest in text and demonstrated its influence on her work. In parallel to paintings Maasalu presented fairytale-like texts and allegories.

Angela Maasalu lives and works in London. She studied painting and art history at the University of Tartu (BA, 2012), and painting at the Estonian Academy of Arts (MA, 2015), as well as at UAL Central Saint Martins in the UK (2013–2014). In 2017 and 2019 Maasalu was nominated for the AkzoNobel Art Prize (formerly Sadolin Art Prize). She has had solo exhibitions in Tallinn, London and Irákleios, Greece.