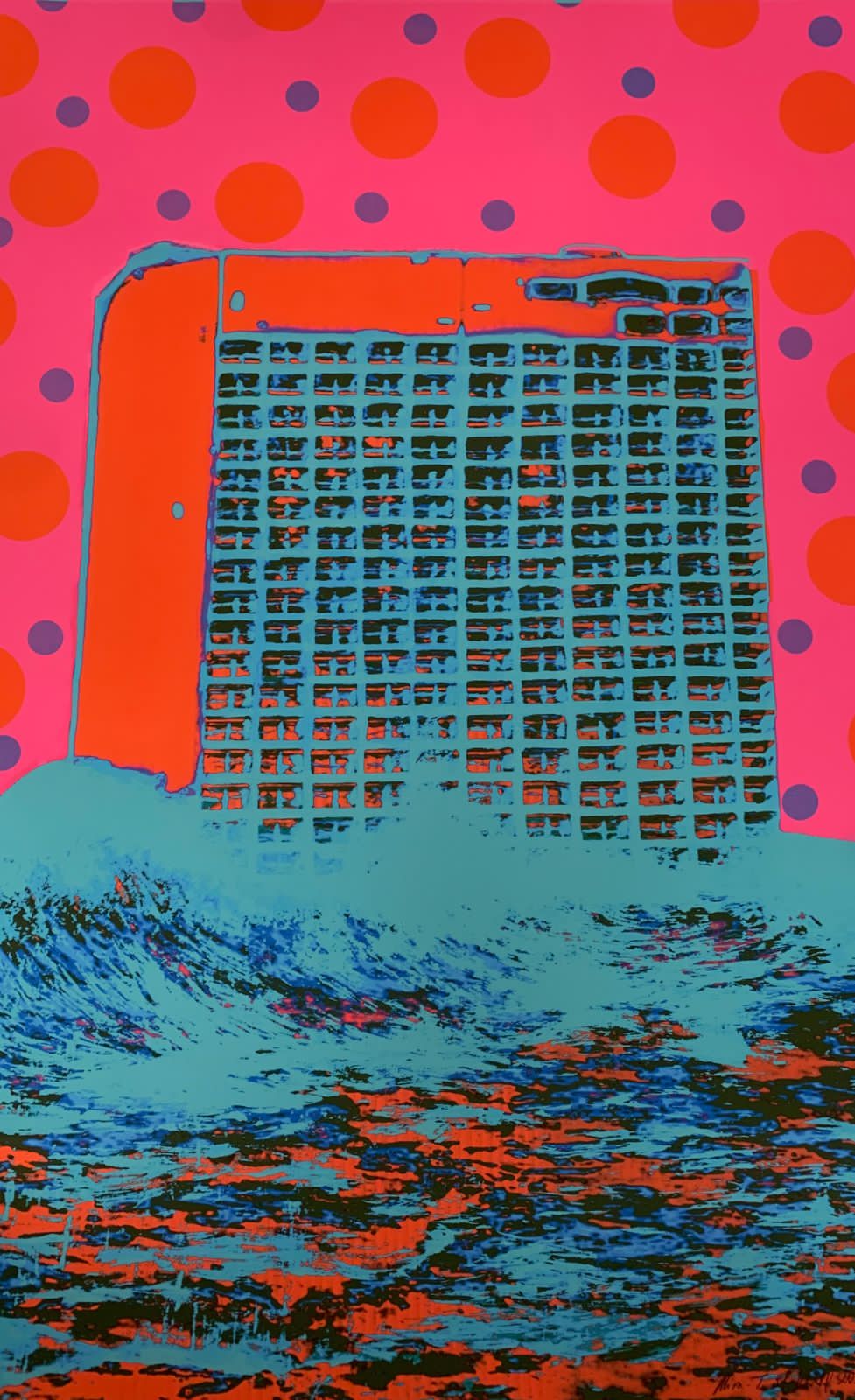 Khalil’s paintings are the album of her origins which lay somewhere between Beirut City’s waterfront, her imagination and the mountainscapes of Lebanon. She paints with oils on canvas and creates limited edition prints of the initial painting. In her first solo exhibition, Mira revives in her own vision one of the 1975-1976 Lebanese War’s strongest witnesses: The Holiday Inn Hotel. She also treats the theme of the Beirut city sea.

Khalil holds Bachelor’s degree from the American University of Beirut in Media Studies and s a diploma in Western Art from Sotheby’s Institute of Art London. She is currently pursuing Master’s Degree in Art Business from Sotheby’s Institute of Art London.  Mira Talal El-Khalil started to paint in oils at the age of 12 and continued as an autodidact.