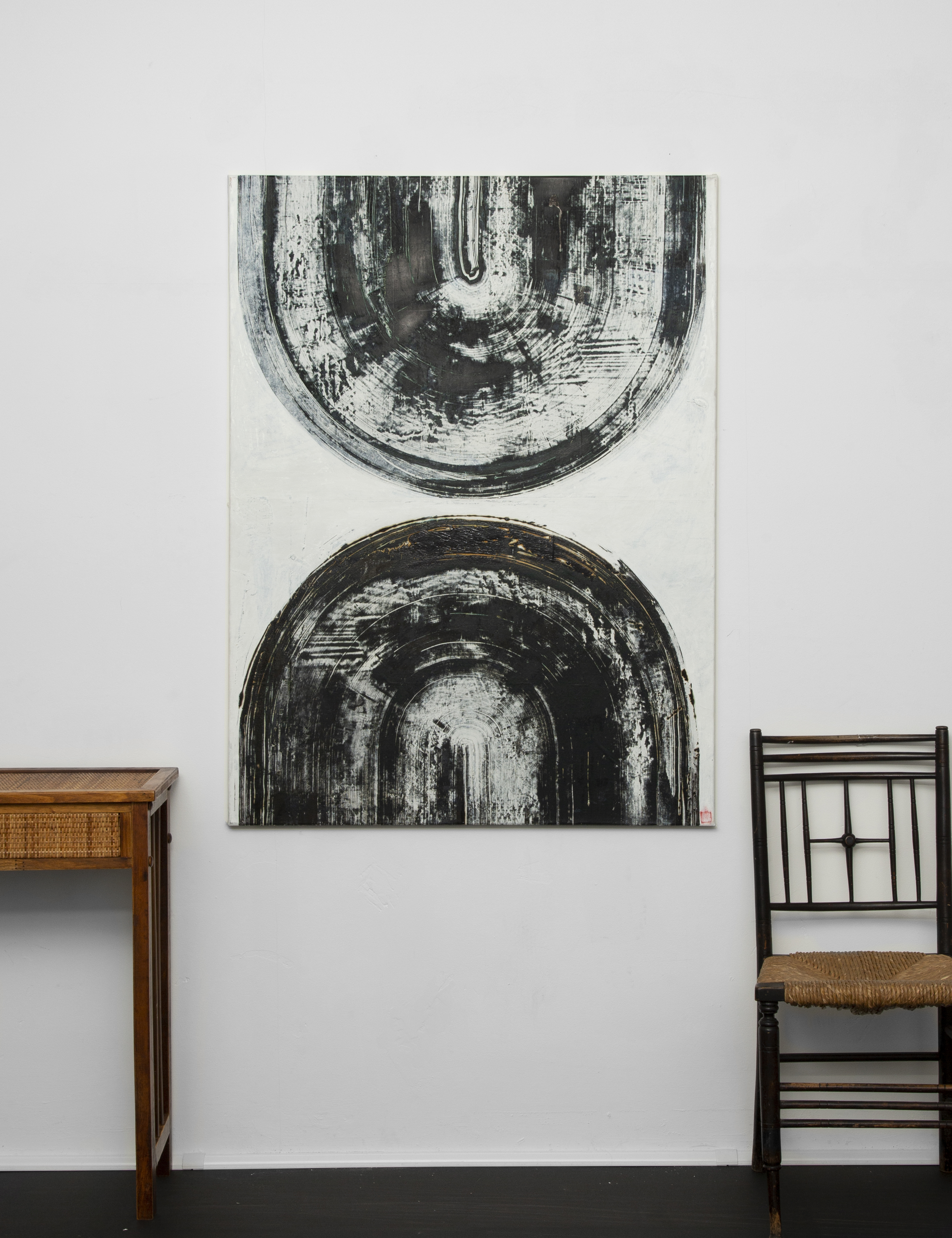 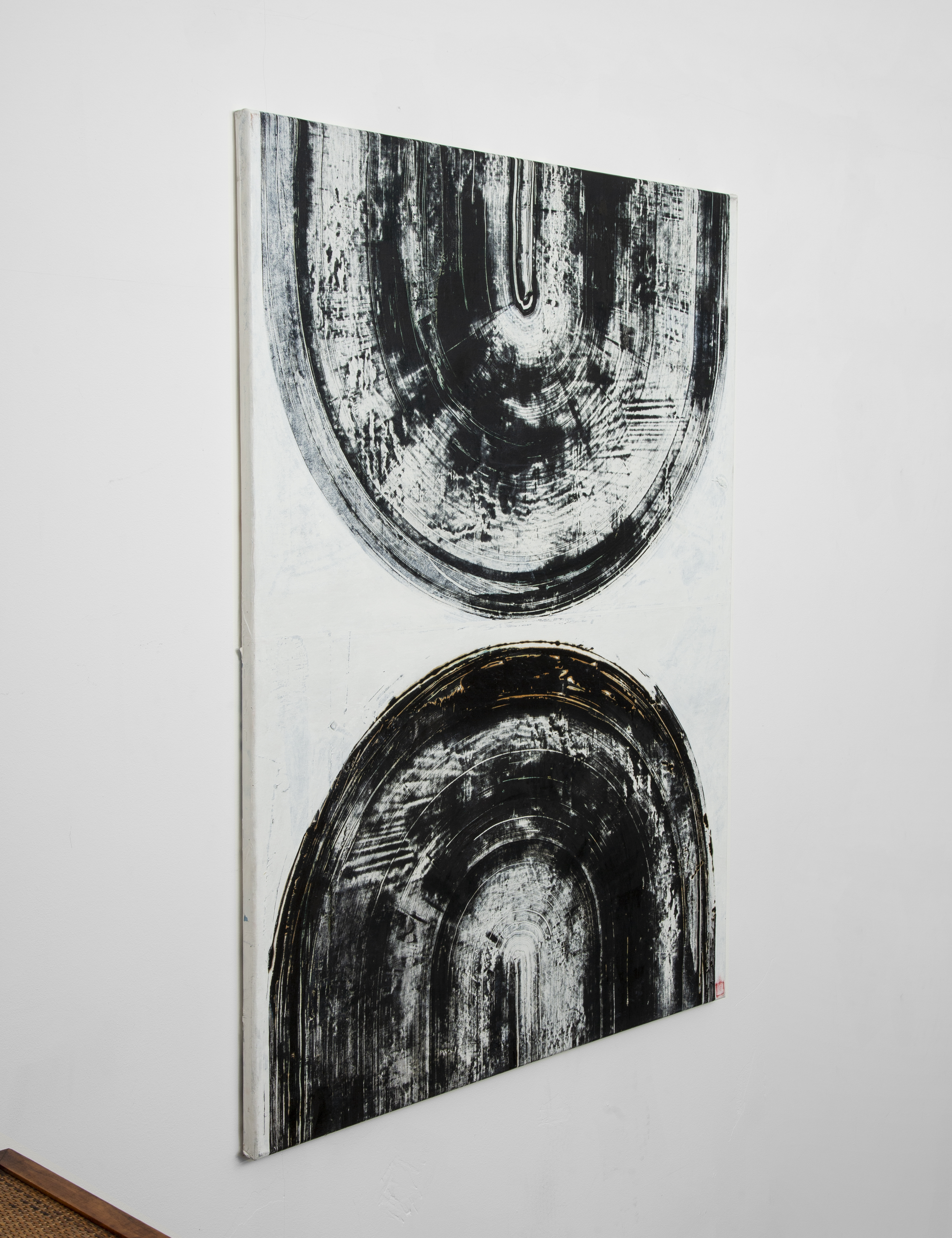 This series of works developed from a series of experiments with form and geometry - the cumulative effect of many small changes in colour and orientation, the convergence of almost parallel lines, the perception of space around a dense form, the interaction of curves and lines.

Experimenting with new techniques, an artist inevitably creates unexpected connections, allusions and implications - some surprising, some so apparently logical as to be almost self-evident. In these works people have found many things which were previously invisible to me.