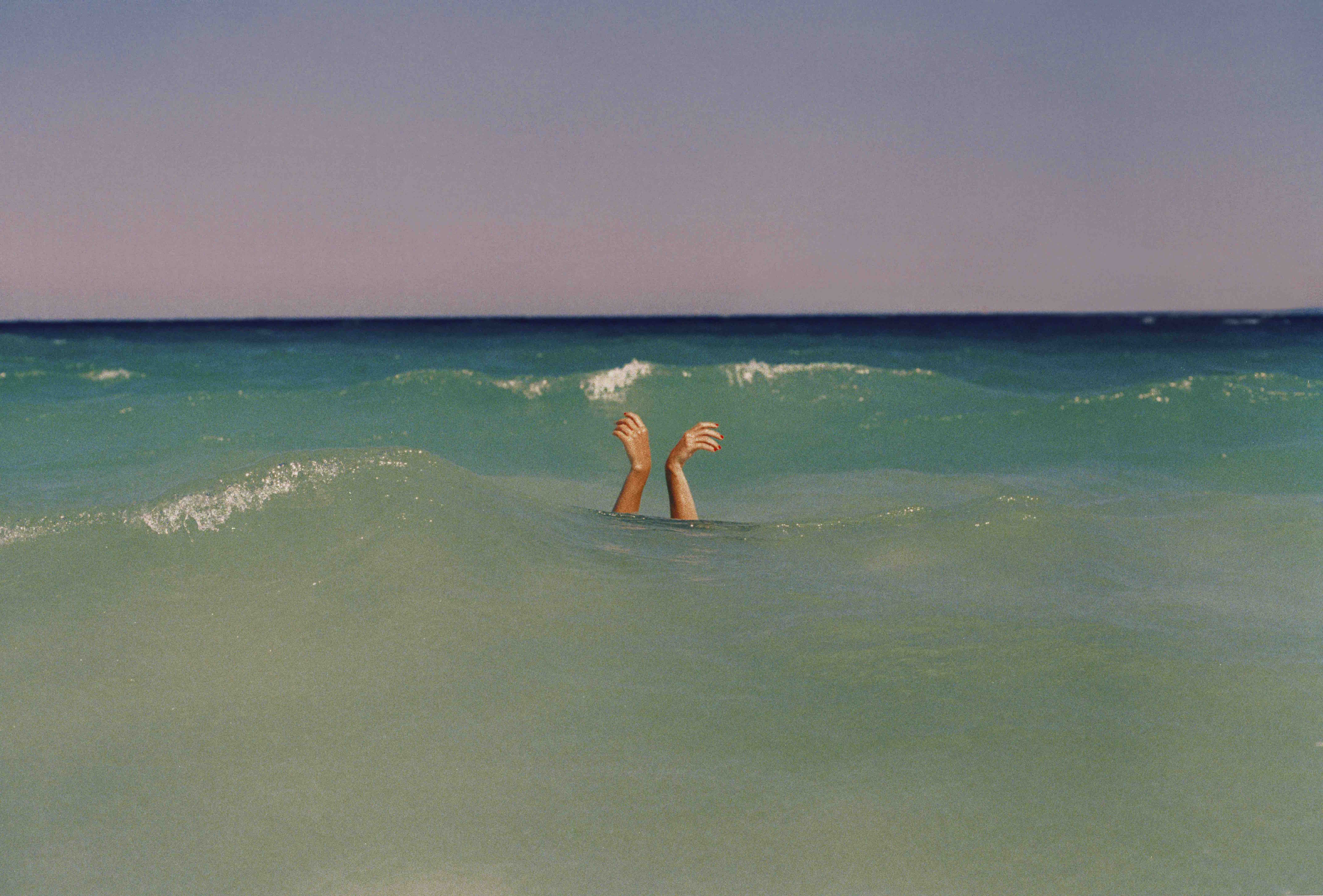 A surreal photograph by the award-winning British photographer and Director Hollie Fernando.

Shooting with both a relaxed and thoughtful approach, Hollie manages to balance delicate images with a striking sense of power. She has worked with a range of sitters from actors and musicians to her own siblings.

"This photograph is of my younger sister in the Balearic Sea. I really wanted her to do a handstand so I had feet coming out the water in the image but the waves were too big for her to hold balance. People either see this as someone being carefree or drowning."

Awards: Winner of the Creative Review Annual Award 2016 and 2018. If you Leave Showcase Winner 2014. Recognised as a Photo District News' 30 Emerging Photographers to Watch, 2019. Vase in my Bedroom
Hand-finished screen-print with pastel on paper, 76 x 56 cm. Portraits of A Yellow Painting No. 3
Chromogenic print on paper, 42 x 68 cm. Estimate:£1,800 - 2,500
Be the first to hear about available artwork Sign up to the newsletter