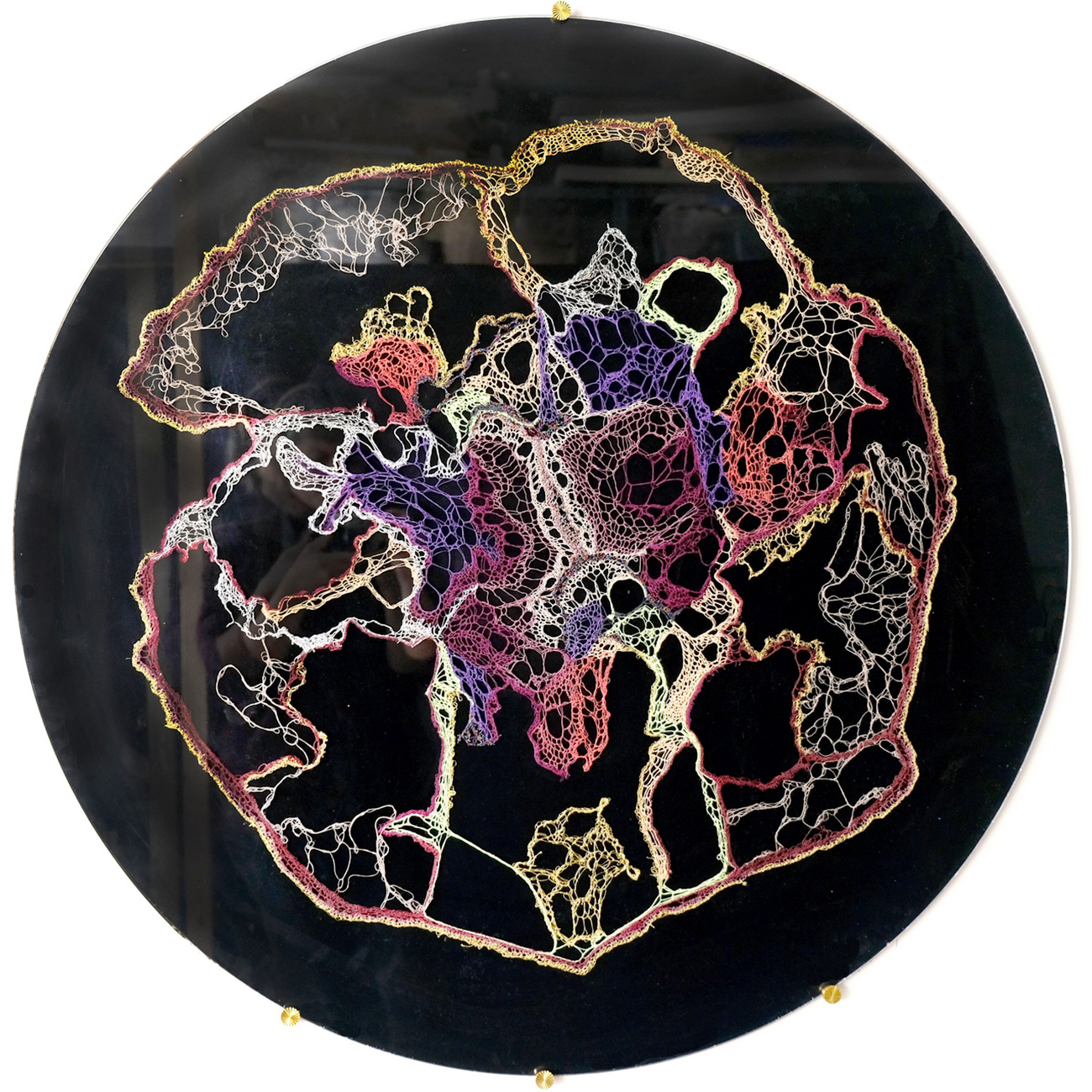 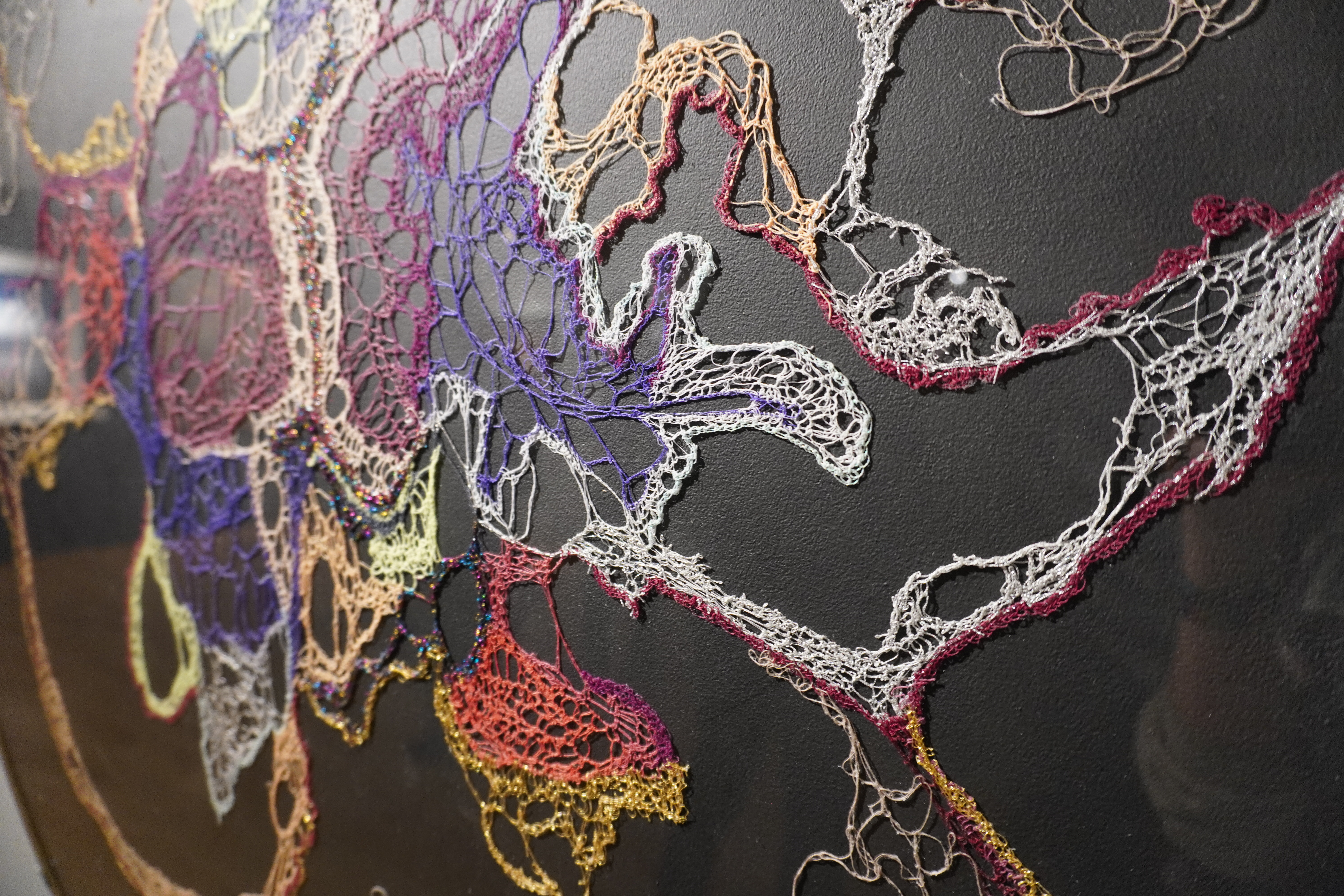 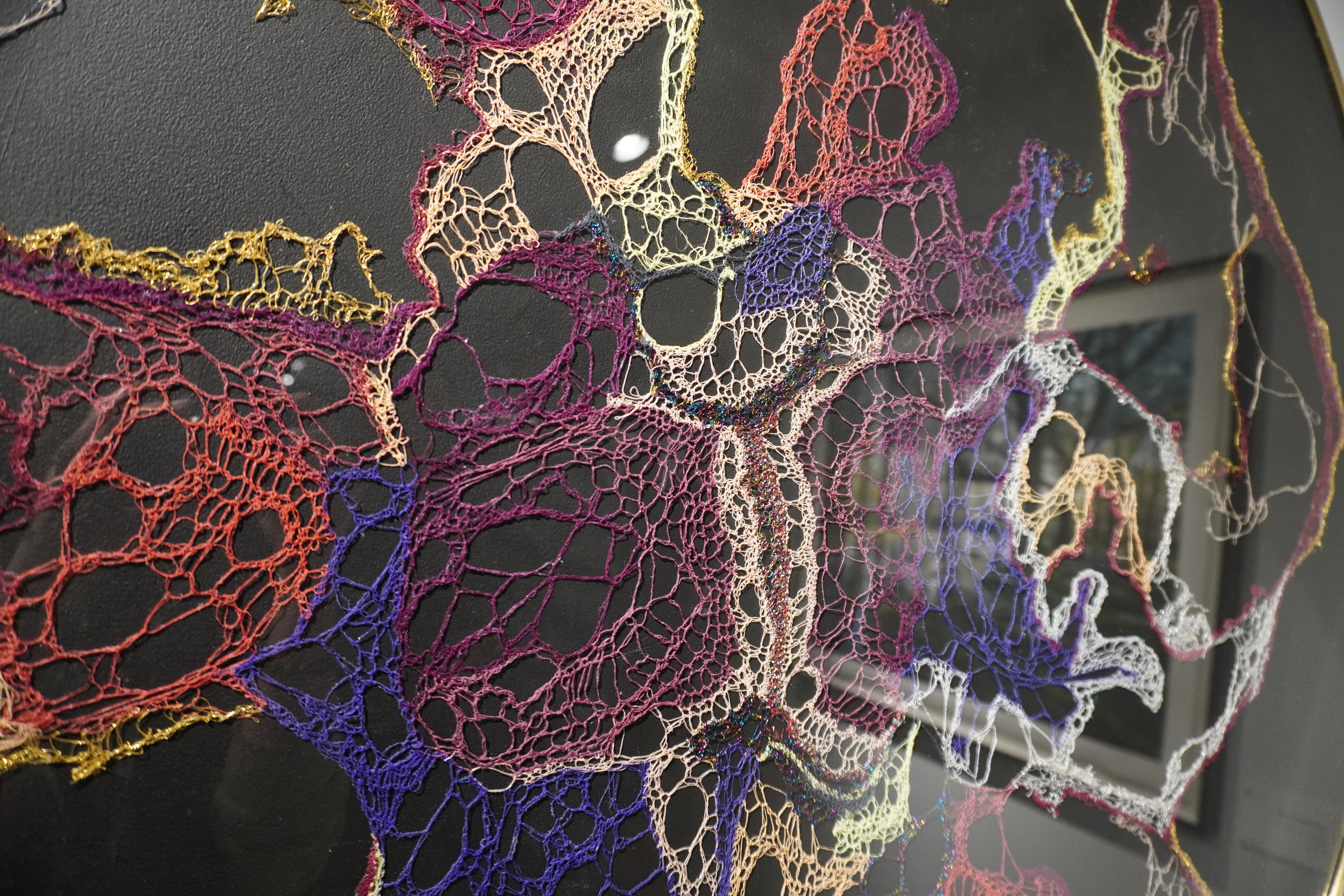 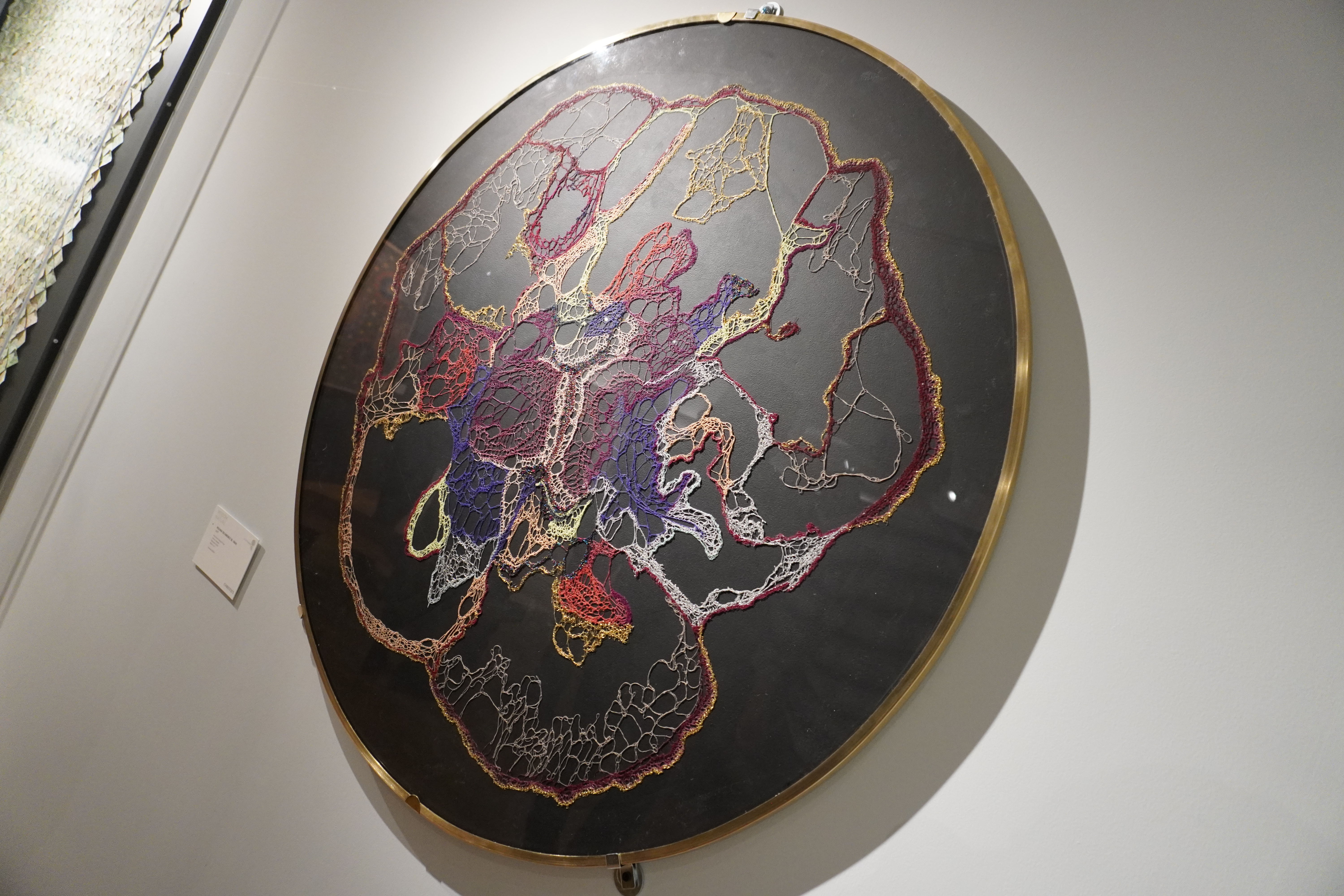 Using textiles as structures to build layers, Regina Dejiménez dives into the micro and macro of the thousands of invisible, symbolic and touchable layers that make up the visible world. With such a simple and everyday elements as the thread, the artist creates a ﬂexible and almost invisible plot, echoing the sensitive and subtle weft of vibrations.

“The inside of our bodies create our organs, our skin retains these organs. Houses and places we inhabit make up another layer of human society that falls within a greater ecological and planetary system.” All these parts have connections and patterns in common that the artist captures through representations of processes and organic forms in accordance with the geometry and layers of the universe. This work resembles a complex map of connections encapsulating an instant of the eternal process of life.

Biography
Regina (Madrid, 1984), has a degree in Fine Arts at the University of Barcelona, with specialization in Sculpture and soft materials in 2011. She earned a Masters in Art Therapy and Arts Education for social inclusion by the UCM in 2016.

Also has the title of Artistic Photography Technic at the School of Art No10 in Madrid. During her academic career she have received scholarships exchange with the University of Fine Arts in Altea, Mimar Sinan University in Istanbul and the University of Chile.

She won awards and commendations in several calls for Spain, Italy and Turkey such as: Aids for the creation of art and fashion in the Community of Madrid 2017, First award in Vestiti d’arte 2010, Honorable mention in Valcellina Fiber Art Prize 2013, Hilo conductor 2015, Recycle your clothes by Drap Art, XXIII edition of Emerging Artist from Asturias, Industrial Recycling Project in factories as Erak and Prismian…

His work has been exhibited among spaces as: «Wisdom and Nature » in Christie’s Gallery New York and London, «Textile identities» in Tecla Sala 2019, «The best design of the year 2018» in HUB Barcelona Design Museum, Museum of America in Madrid, Sojae Creative Community where have  made her last residence production in South Korea, Galeria Guillermina Caicoya, Barjola Museum, Museum Leone, Fabbrica Gambettola in Italy, 11Gallery and House project in Berlin, MUA Alicante, Carmen de la Guerra Gallery in Madrid and others.

Currently teaches Creative Textile Process in the Master of Art Therapy held in ISEP and work as Creative Director, Designer and Craftwoman in her own Studio in Spain.