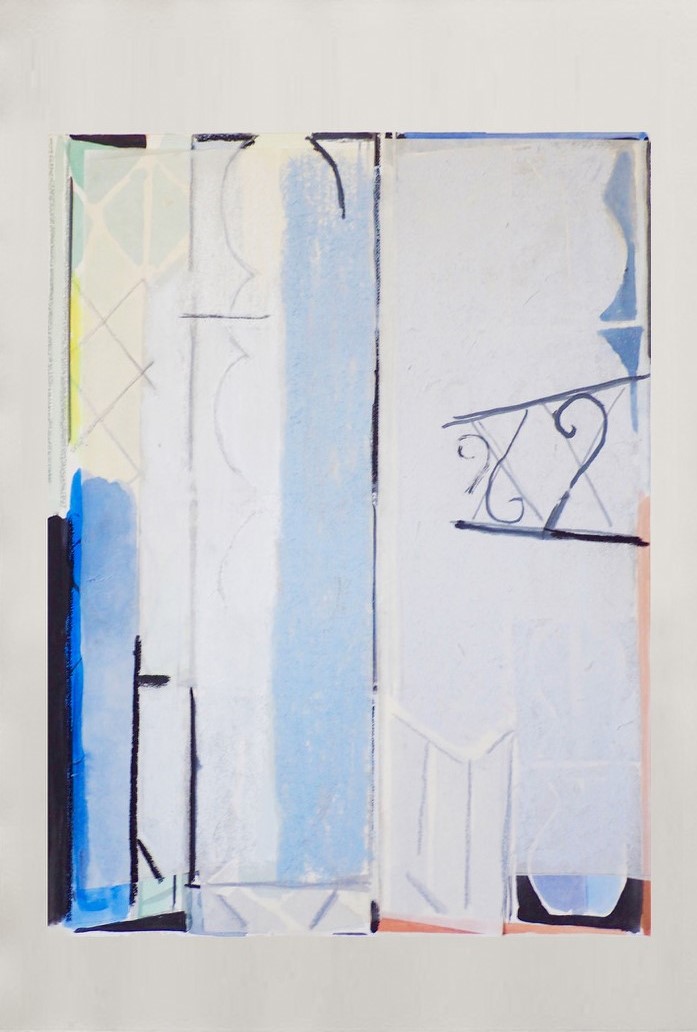 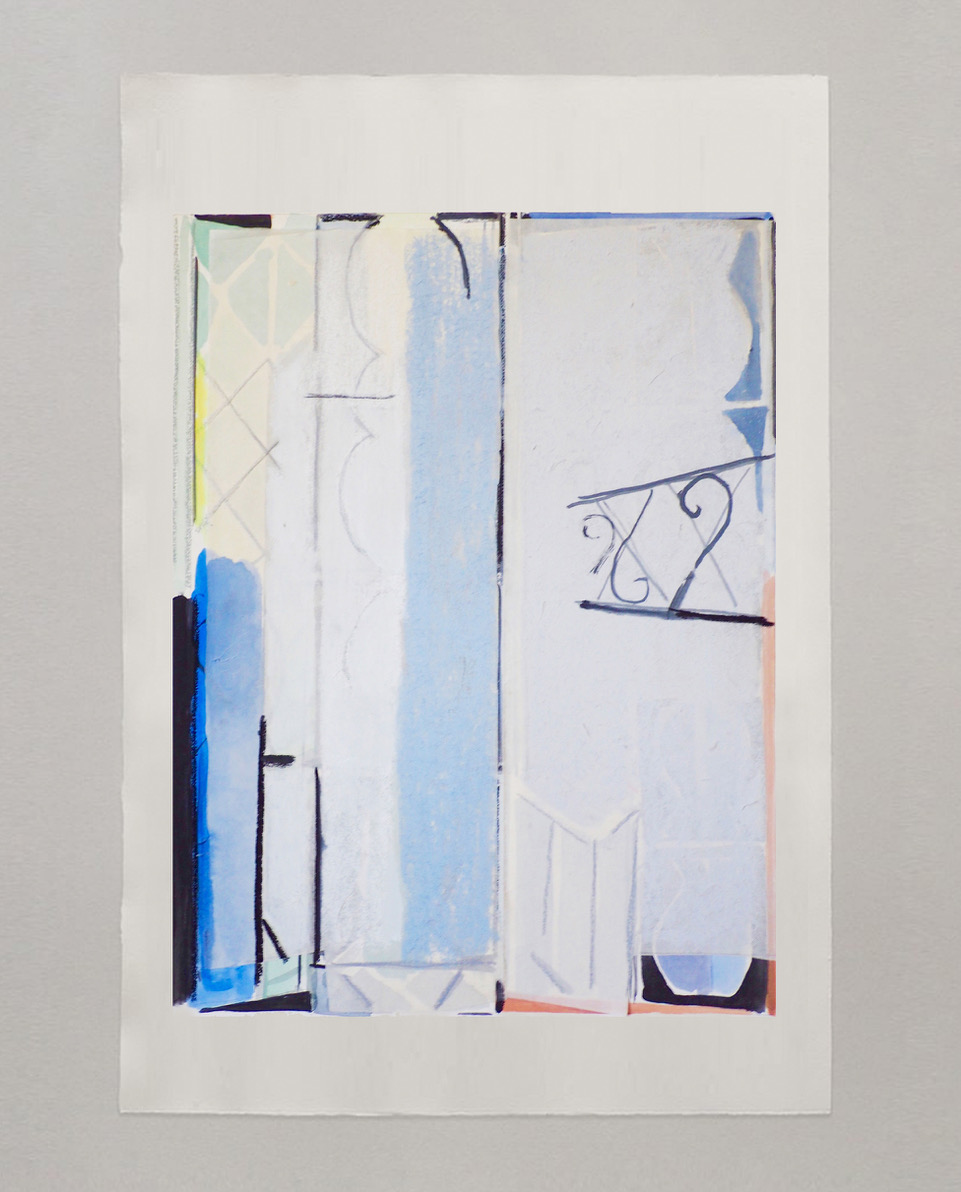 This new series of works was developed during Johanna Baudou's masters in London at the Slade Academy of arts. Her experience with working on delicate Japanese papers with watercolours, acrylic paints, soft pastels and pigments has imbued and given depth to her collages. Once layered, the transparency of the paper allows the different layers of construction to come to the fore, what she describes as “emanat(ing) a unique light and serenity, thus referring almost to stained glass.”

Johanna Baudou, is a French artist, now residing in Brussels and is an alumni of Central St Martins and Slade academy of Art. Her practice has taken her far and wide including the UK, Brazil, Germany, Spain and China.

By mixing in her artistic language various sensory memories: immensity, extension, lightness, intangible space, silence, elusive time - and their counterparts: fragments, grids, architecture lines, domestic forms and signs; she invites the viewer to move from the distance to the surface, from here to elsewhere.