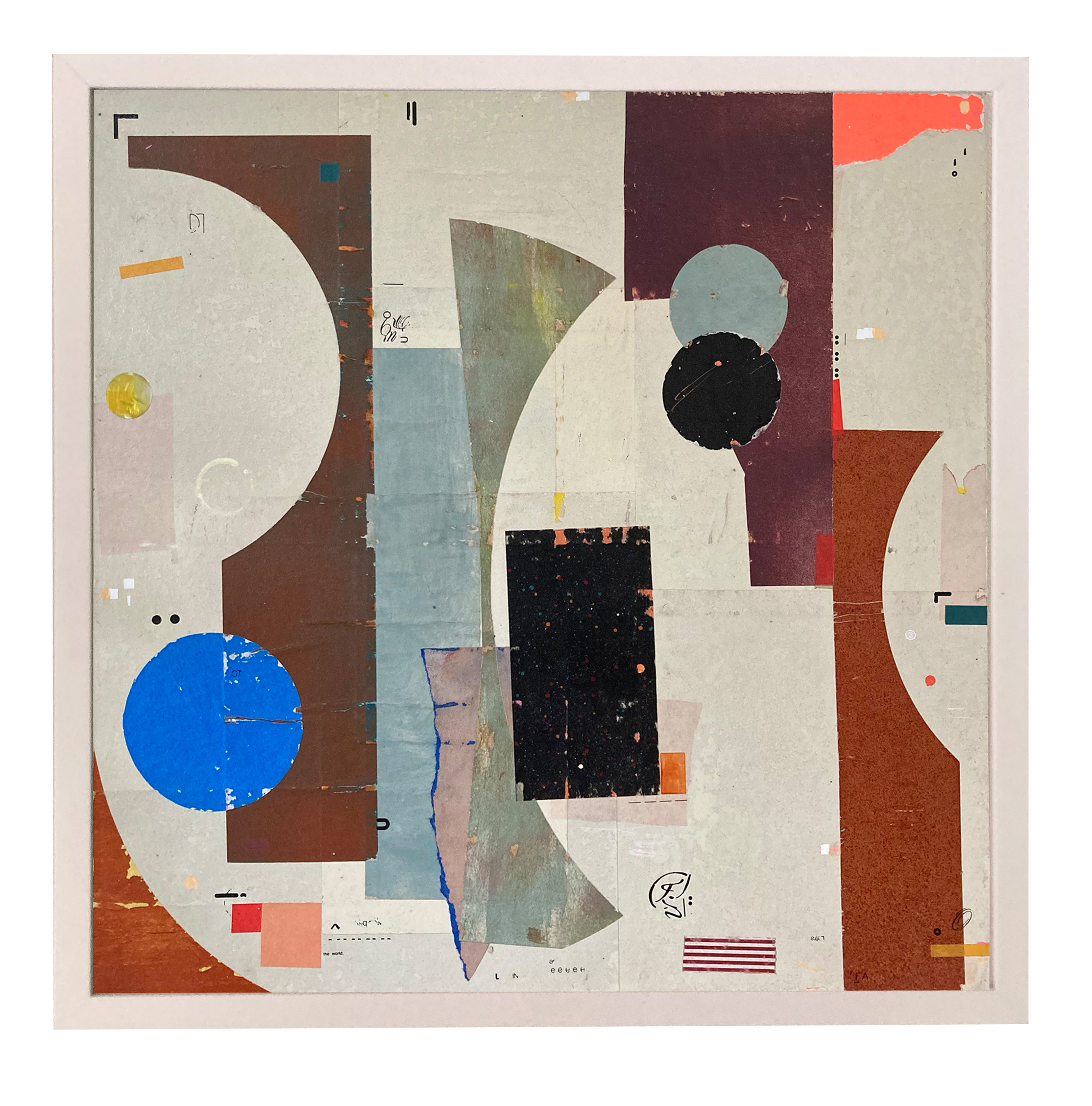 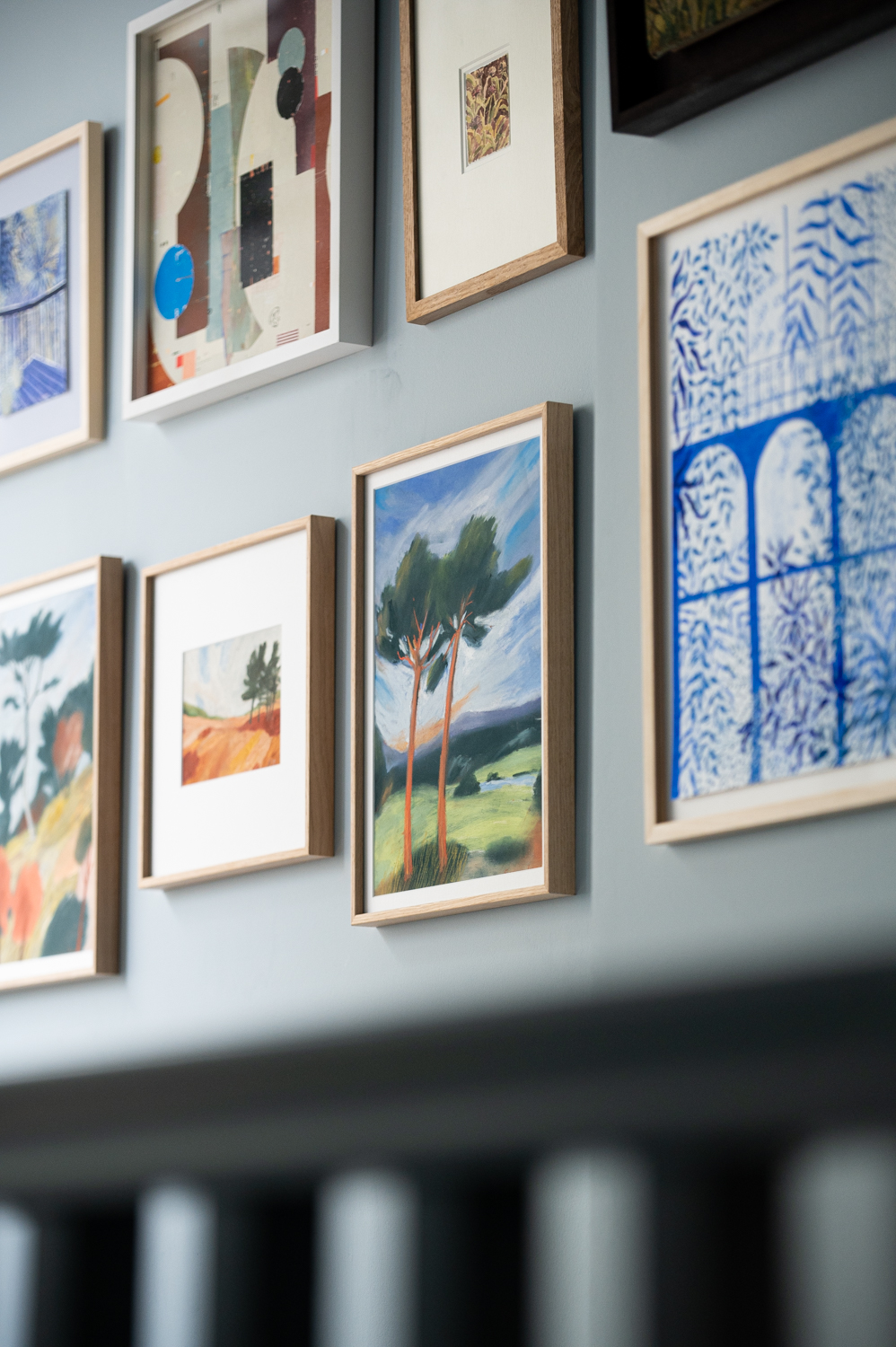 Painted paper, markers, letraset, pva and varnish on card
40 x 40 cm.
Framed in a white frame and glass
Created in 2021