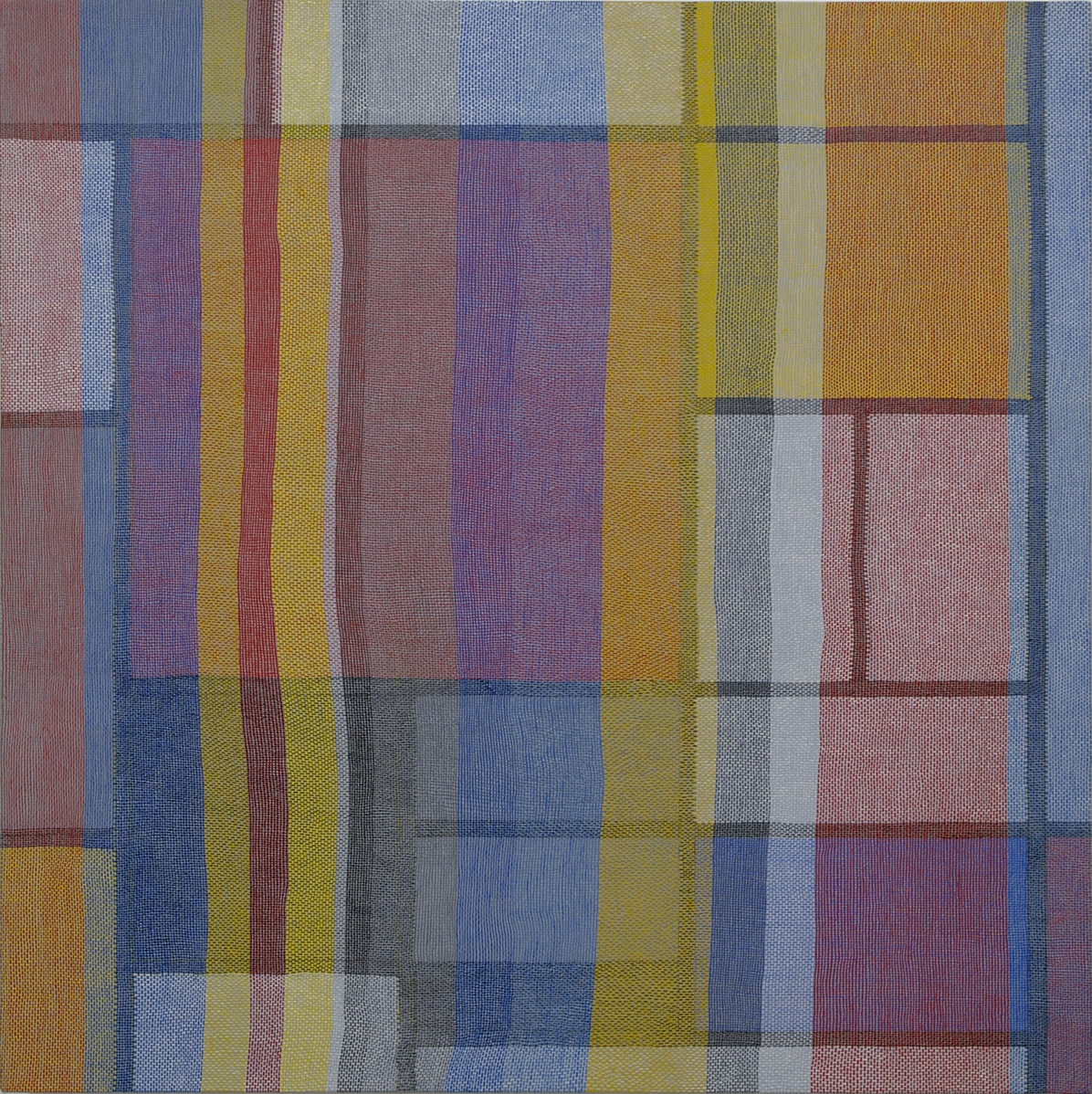 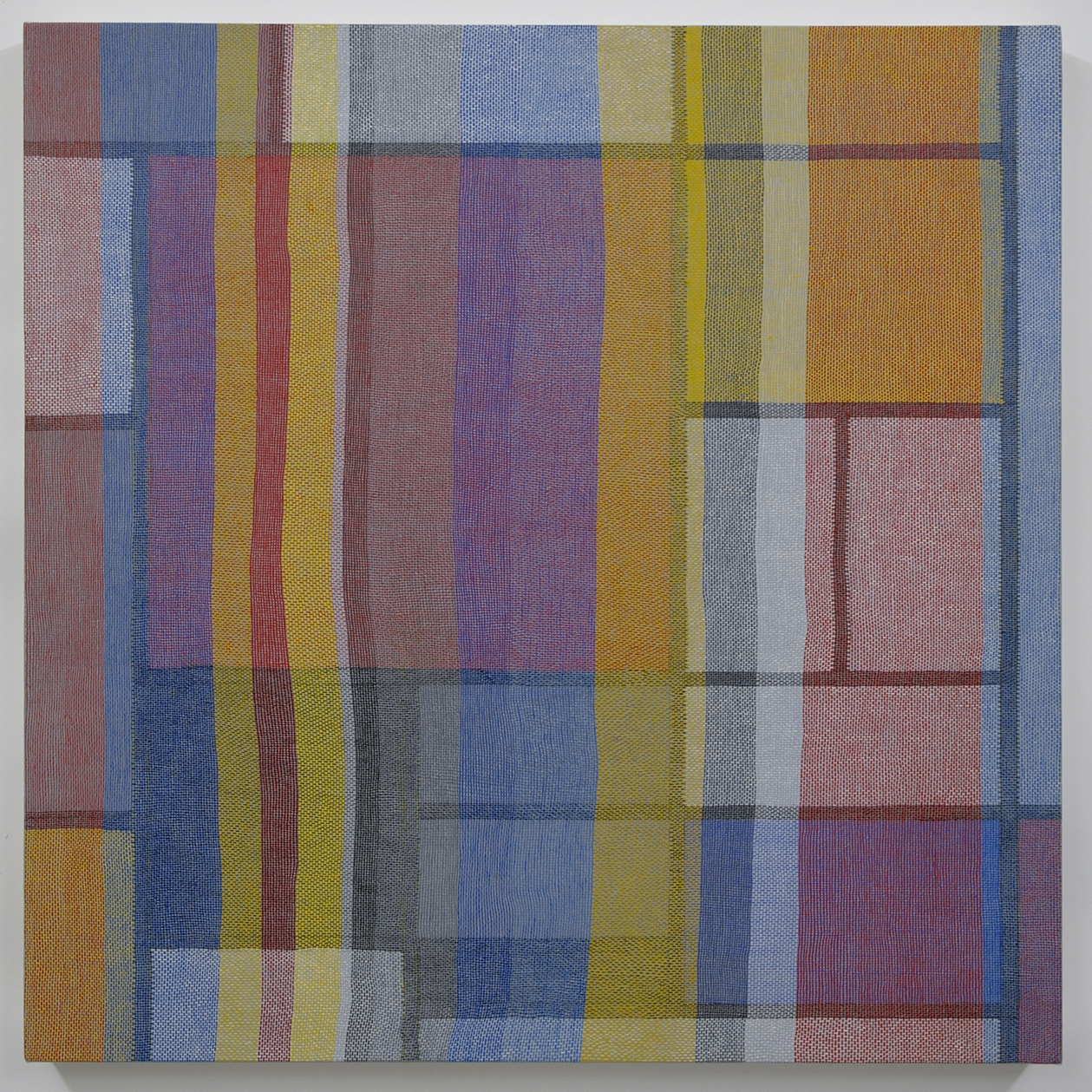 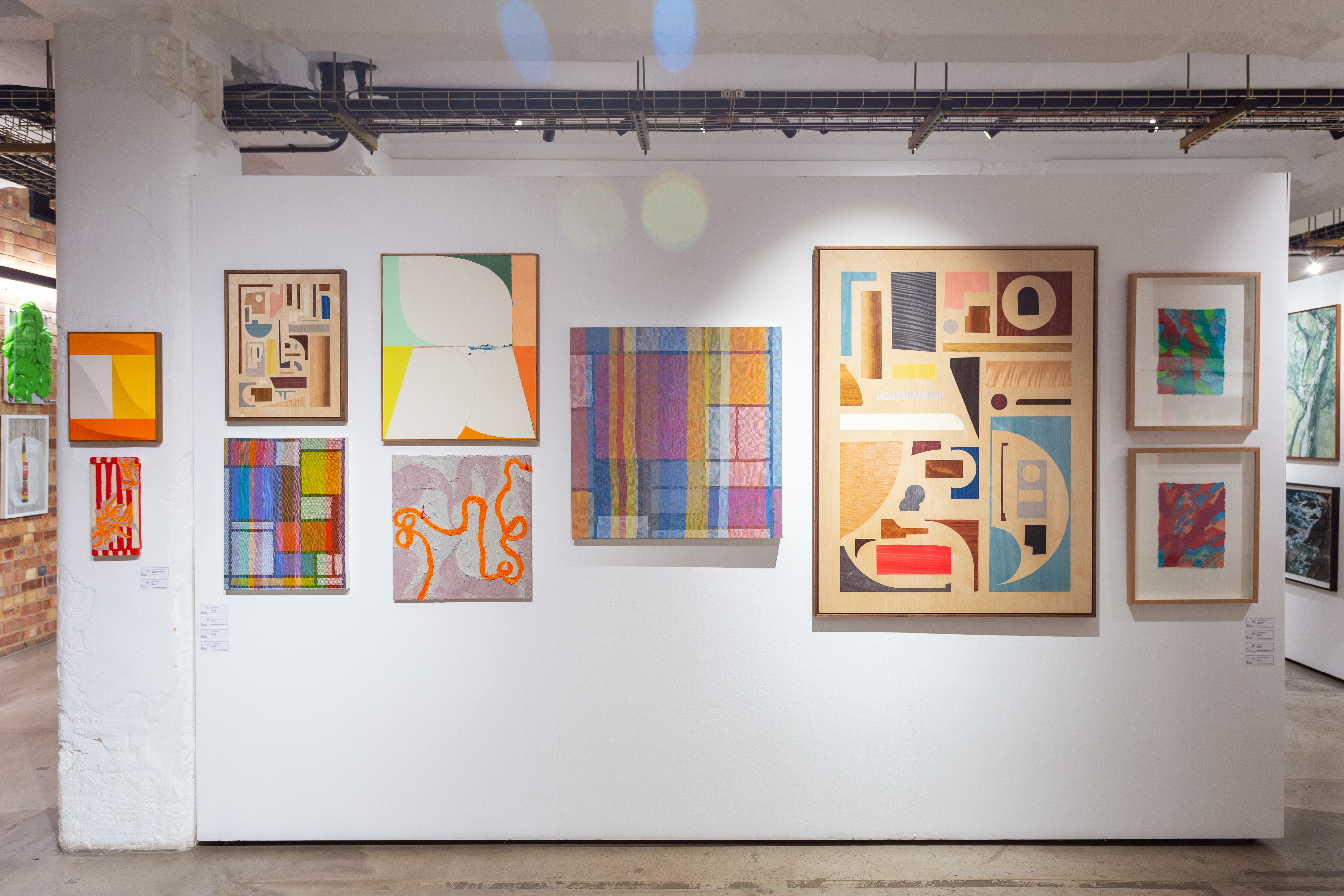 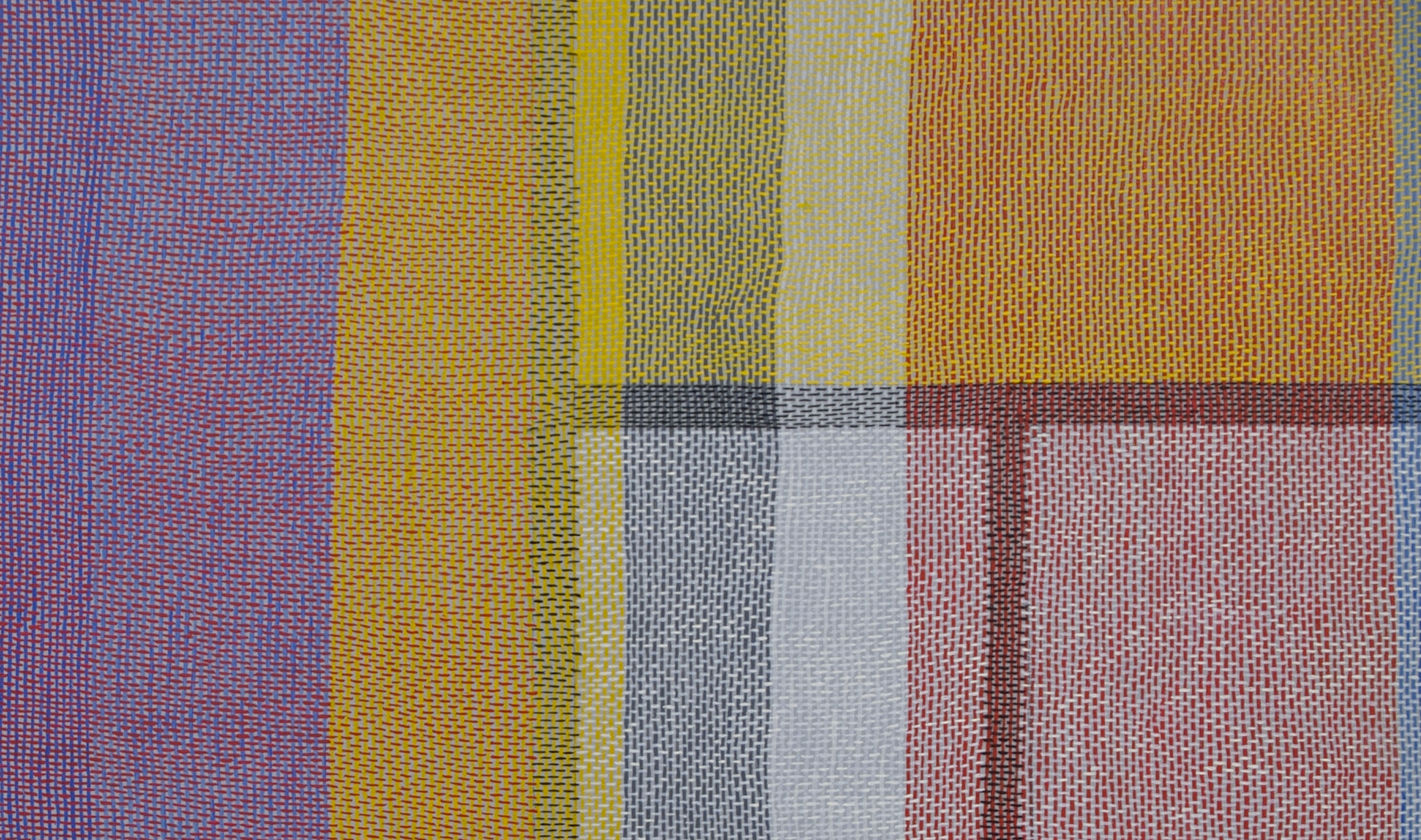 "Over the past year I have become increasingly interested in how the act of weaving is portrayed in ancient tales as a metaphor for the female voice and empowerment. Arachne was painted during lockdown. Given the strange times I was searching for a possibility to visualize the passing of time in 'lockdown confinement' without being too literal. The painting, depicting a weave which is so detailed that it illusionistically echoes the woven texture of the fabric it is painted on, is losely based on a painting by Mondrian and inspired by Greek/Roman mythology. Arachne was a weaver who acquired such a skill in her art that she ventured to challenge the godess Athena/Minerva for a weaving contest for which Arachne created a woven fabric in which she exposed the gods as not being above mere mortals. Athena, furious by this audacity punishes Arachne by transforming her into a spider.

The title of this work is a tongue in cheek nod to Mondrian as one of modernism's 'gods'." - Christina Niederberger, 2021

"I am interested in questions of how art and culture in general are shaped by perceptions of the masculine and feminine. By illusionistically mimicking the appearance of textile and, at times, even the weave of the fabric they are painted on, my paintings reference the traditional feminine domain of craft and design whilst their subject matter (often quotations from modernist abstraction) and their execution in oils allude to the historically male dominated notion of high art.

Borrowing from both the vocabulary of modernism and textile to forge their own visual language, my paintings are hovering between abstraction and figuration, between subject and object and as such they can be read as hybrid texts, engaged in a process of interpretation between modernism and contemporary art, painting and textile and between the history of painting dominated by masculinity and a feminist perspective." - Christina Niederberger

Christina is a Swiss artist and lives and works in London