Auction Fever - As a result of the excitement of the auction participants bid over a pre-selected bidding limit.

Bought-In - If there are no bids on a lot, or if bidding does not reach the reserve price, the lot is “bought in,” meaning it is left unsold and remains the property of the owner.

Bouncing Bids off the Wall  - Where an auctioneer invents a bid to drive bids in the room higher towards the reserve price. It sounds bad but it isn't. If the reserve price isn't met then the bidder, being pushed higher, could not have bought the property, anyway.

Buyer’s Premium - Refers to an additional percentage charge on the hammer price (winning bid at auction) of the lot that must be paid by the winning bidder.

Cataloguing  -  The factual information about a lot offered for sale, such as the name of the artist or maker, a detailed description of the object, the year of its creation.

Chandelier Bid  - You may assume that an auction begins with a legitimate bid in the room, but auctioneers instead frequently employ non-existent bids in order to create the appearance of greater demand or to extend bidding momentum for a work on offer.

Digital Paddle - An auction paddle that is downloaded to your mobile device so you can bid in an auction. We can proudly say that The Auction Collective created the first of these.

Estimate  - The price or range of prices printed alongside the catalogue description at which the auctioneer believes the lot might sell.  Estimates are based on the examination of an item and recent auction records of comparable pieces. An estimate provides prospective buyers with an important preliminary guide to value and is generally the basis for establishing the reserve price.

Fair Warning - A warning sometimes given by the auctioneer that the hammer is about to come down on a lot. The fair warning offers one last chance to increase the bidding. If there are no subsequent bids, the auctioneer’s hammer falls and the sale is completed.

Gavel - Another name for the auctioneer's hammer used to close the bidding.

Hammer Price - The price realised by an item sold at auction.

Increments - The bid increment is the amount by which a bid will be raised each time the current bid is outdone. It is pre-determined based on the current winning bid.

Instagram Auction -  An auction on Instagram that works by posting an in-feed image of an item, with bidders leaving their offers in the comments.

Live Auction - These are physical auctions with a crowd of bidders attending in person. Lots are listed in advance of the event on a dedicated webpage where bidders can also register for the auction. People who can’t join in person can leave absentee bids or set up telephone bids.

Live-Stream Auction  -  An auction run online with an auctioneer in broadcast live from a studio. Live, in-person auctions can also include the live-streaming set up to involve bidders and viewers from outside the event.

Silent Auction -  Also known as Timed Auctions, Online Auctions or Online-Only auctions are hosted entirely online with no auctioneer. Bidders have a set amount of time to submit their bids and are notified when they have been outbid.

Paddle - An object displaying the number assigned to a bidder when they register for the auction. To place a bid,  raise your paddle until the auctioneer acknowledges you. If you win the auction, your paddle number is recorded alongside your bid.

Passed - If there are no bids on a lot, or if bidding does not reach the lowest possible selling price, the lot is “bought in,” meaning it is unsold and remains the property of the owner.

Print Auction - These are auctions for items created in limited editions such as photographs, sculptures or prints. They can run for an indefinite amount of time until all items are sold.  All items from an edition are listed online in a dedicated online shop. All but one of each editioned item can be bought instantly through a standard e-commerce store. When only one item from the edition remains, due to its rarity, it is auctioned off via a Timed Auction.

Reserve  -  Is the minimum amount that a seller will accept as the winning bid. Alternatively, it is less commonly known as the highest price a buyer is willing to pay for a good or service. The reserve price prevents a bidder who offers a price lower than what the owner will accept from winning the auction.

Rostrum - The raised platform from which the auctioneer stands to take the auction.

Starting Price - Each lot has a starting bid, which is the lowest possible bid you can place on a lot. You may bid at or above the starting bid. Although leaving the bid at the starting price does not necessarily mean you have met the reserve.

Unsold - When a lot is not sold because it did not meet the reserve amount.

White Glove - A term given to an auction in which every single lot has been successfully sold. 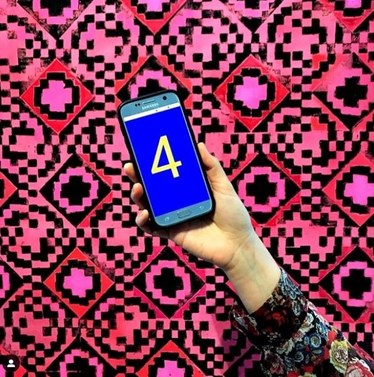