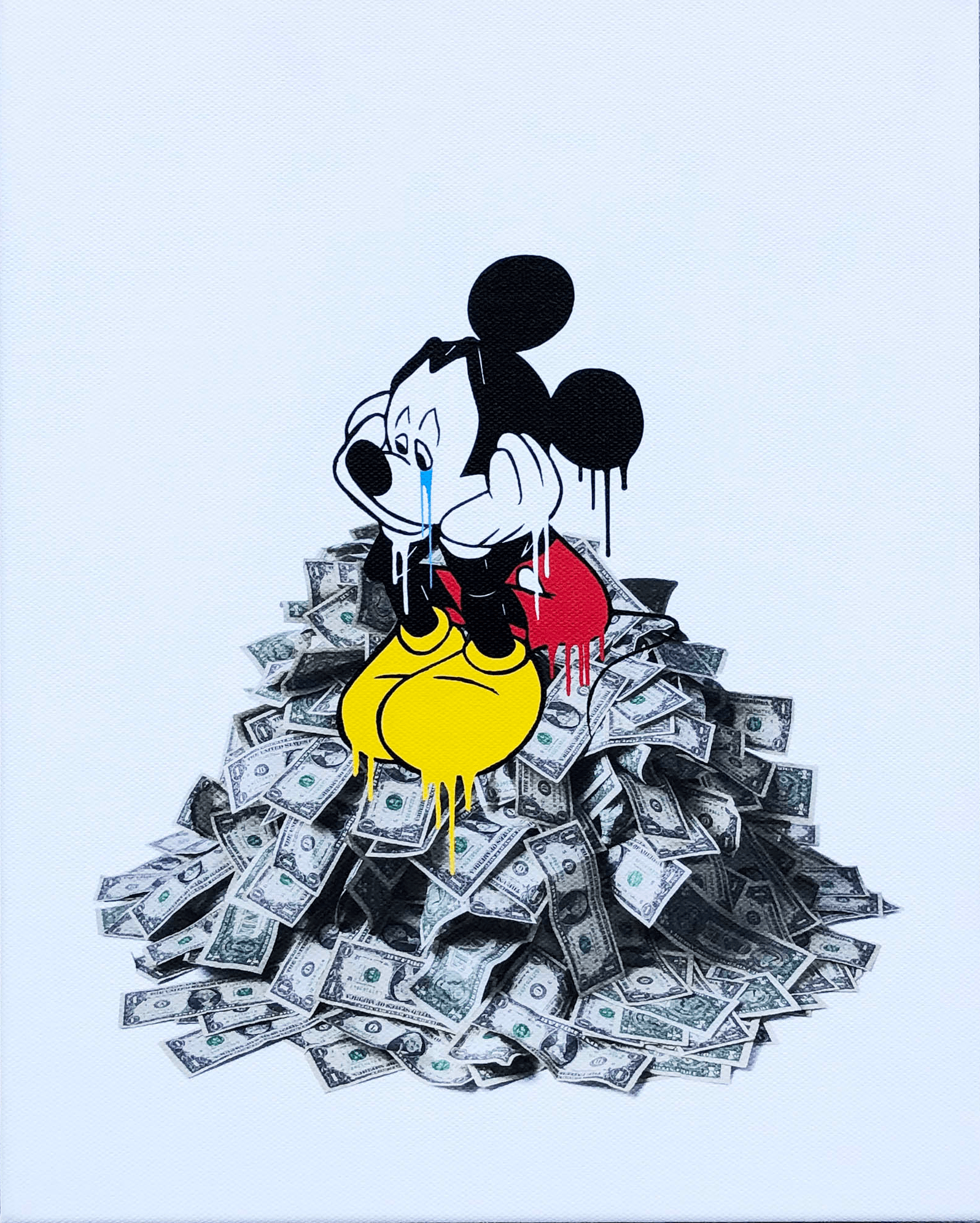 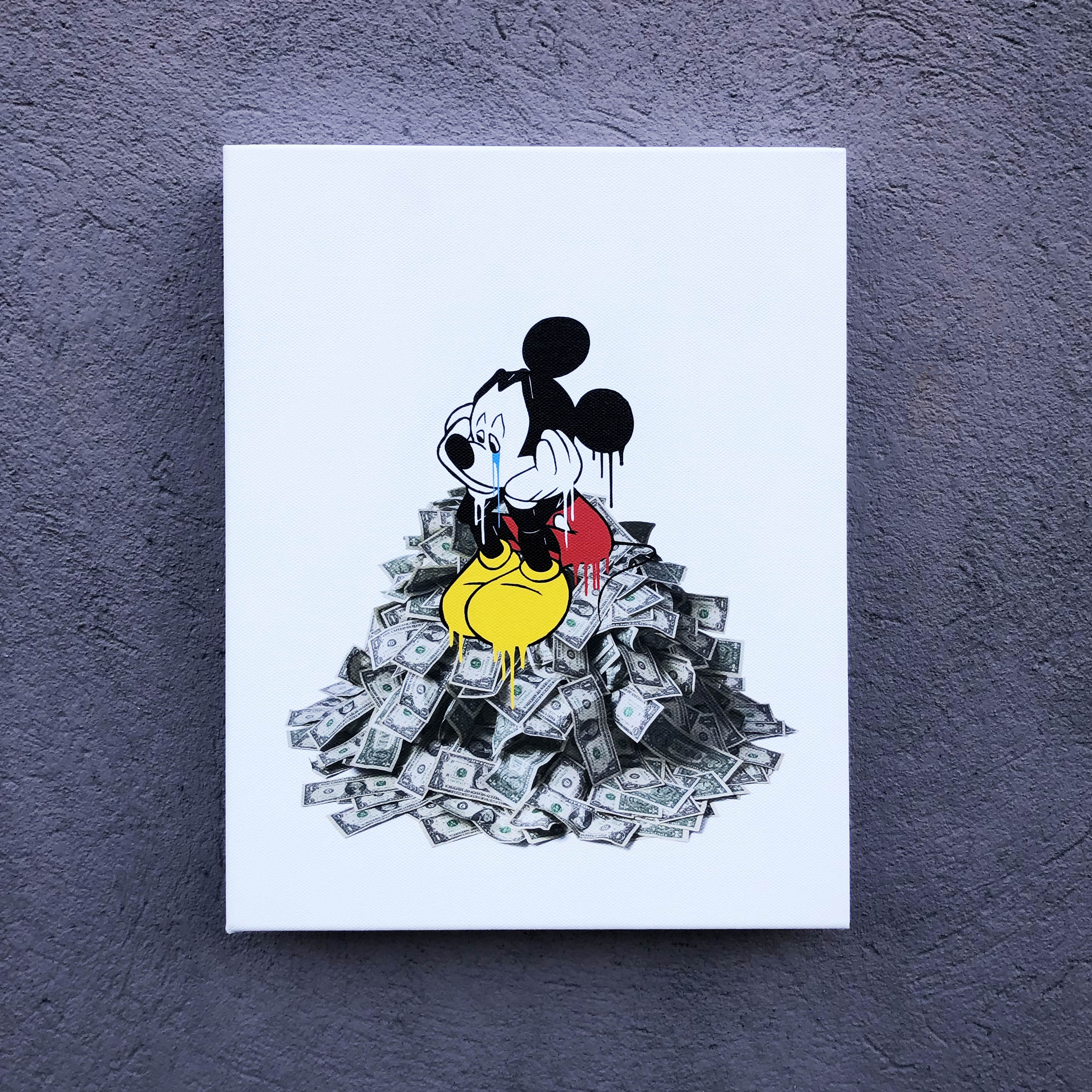 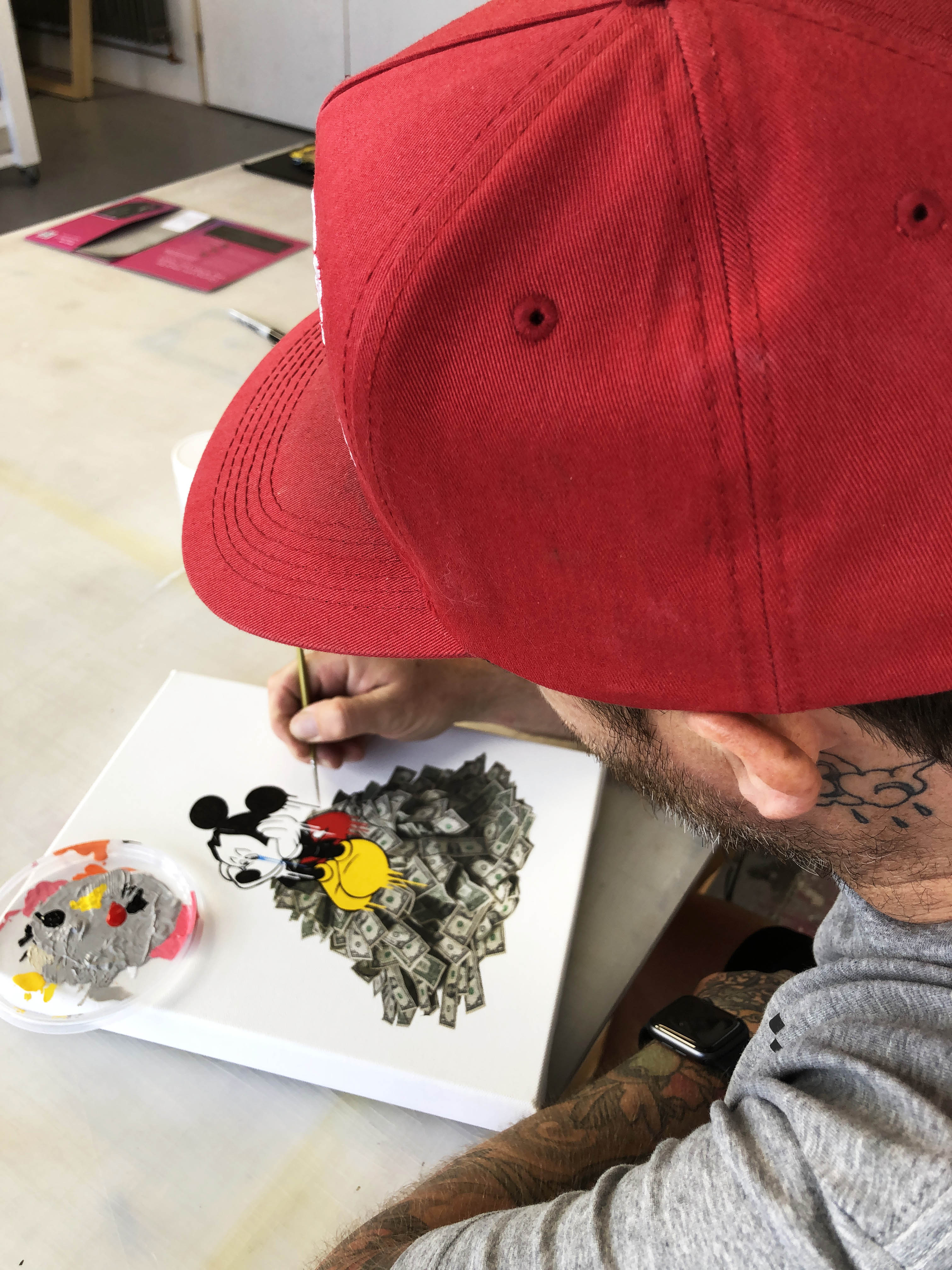 Ben’s work is built on a foundation of experience, freedom of thought, experimentation and an  ‘emotional synesthesia’. Music is vital to the creative process and the vibrant colours and abstracted forms of his evocative paintings.

The way he feels is reflected in each brush stroke, splatter or sprayed form, and these actions become an unselfconscious monitor of his mood and energy. Despite this intensity, the finished result is always considered and Ben will work on a number of canvases at any one time, moving between them, adding layers and references until he finds a resolution.

Ben has worked on a range of bespoke interior design projects from the UK to India and his artwork has been used by a wide following of clients and high-end brands including N.M.E. Magazine, Vans, Converse, Amy Winehouse Foundation, Levis, Virgin, Jamie Oliver, Channel 5, Nokia, Estrella Galicia and Subliminal Records.

As an artist, Ben is constantly motivated to challenge art that feels safe or easy. His process is focussed and intense and his output reveals a vivid culmination of joy and pain, anarchy and peace, love and hate, greed and kindness. Amongst this hotbed of contradictions, the work resides, vibrating with life and a tangible energy.

Ben’s work has featured on Grand Designs, Four Rooms and is in private collections throughout the UK, in Australia, New York, Las Vegas, Barcelona, Korea, Germany, Japan, Hong Kong, Ibiza and has been featured in Huck, Design Week, The Observer, The Times, Elle Déco, Plus1, Time Out, Loaded and GQ magazines to name but a few.