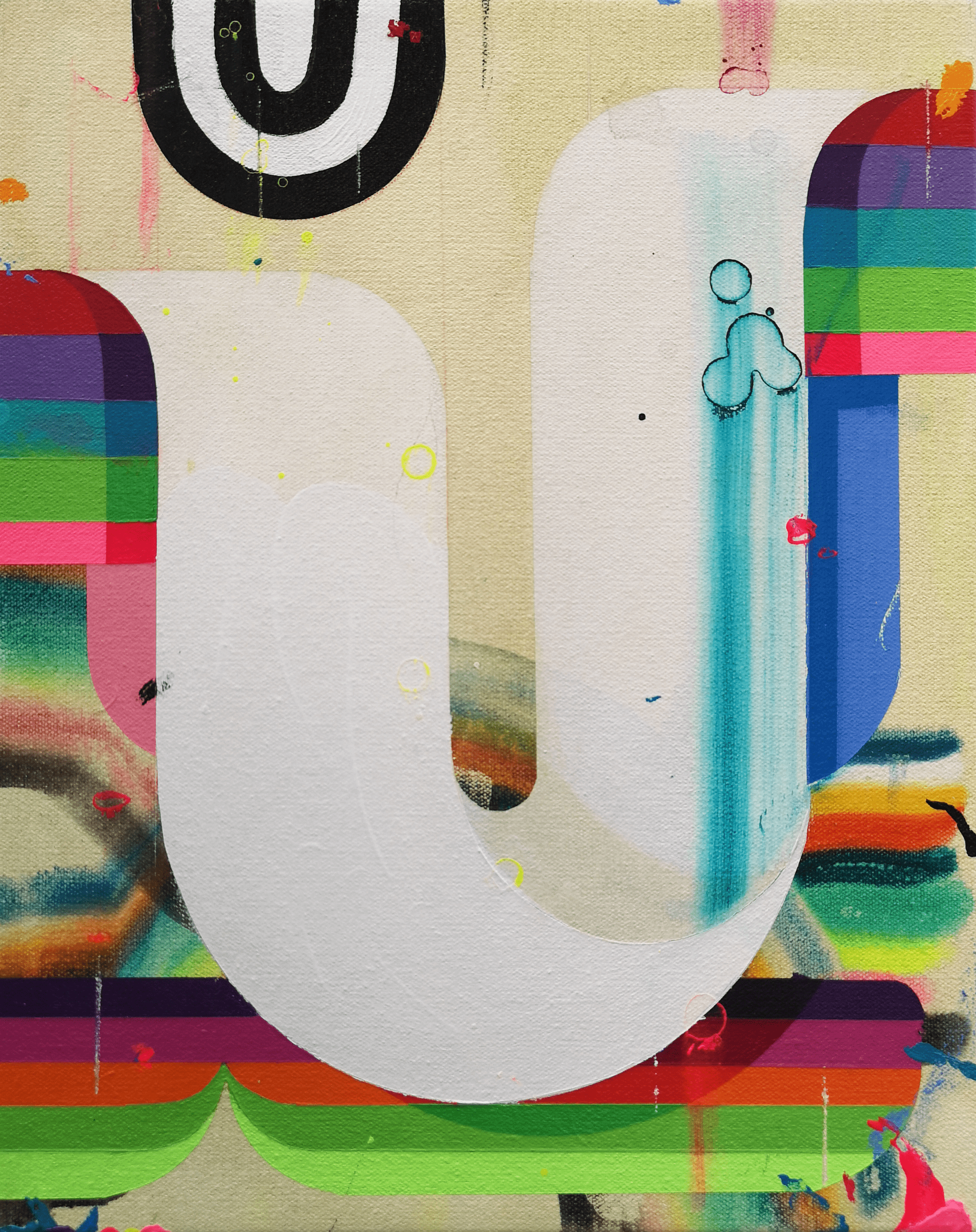 Boldly abstract in nature, Grindrod's paintings skilfully layer strict geometric forms with gestural painterly handling. Working in intense bursts of activity, initial sketches are adapted and reformed in an instinctive, immediate process. Much of the aesthetic decision making is done in the moment – intuitively working with the paintings in ‘real time’. Consequentially, removal of paint and erasure of marks play just as important a role as the application of paint and this is abundantly clear when we look at the finished works.

Bold, flat, graphic colour fields sit alongside abraded, distressed surfaces. Swift, gestural marks contrast sharp, measured lines. One might imagine such seemingly contradictory forms and surfaces would not play well together, but Grindrod's innate ability to balance a composition and a palette is such that the completed works are undoubtedly of a piece, humming and vibrating with an excited energy.

The paintings are often overtly playful, but their immediate aesthetic appeal conceals a subtlety and rigorous commitment to a practice that is deeply important to the artist. As he says of his himself, “The decisions that are made in the moment can be both rewarding and disappointing but all lead to the truth in the end... I feel that this is the only way that I can truly create something unique”.

Nick Grindrod is a British artist based in Sheffield. He studied Fine Art at the University of Derby and Sheffield College. He has shown widely in Britain, and has work in numerous private collections. Nick is now also represented by Smithson Gallery & 19karen gallery in Australia and salt fine art in the US