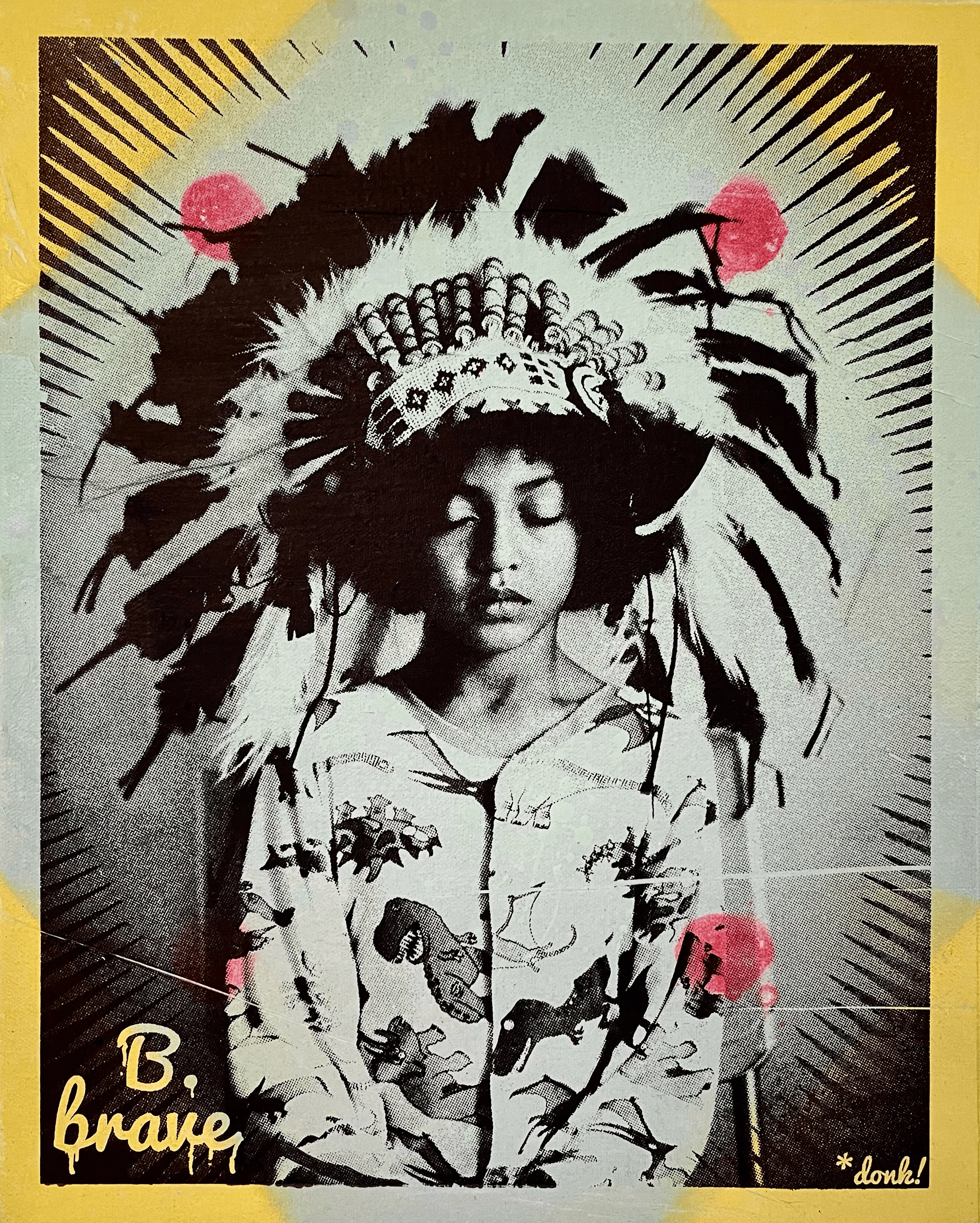 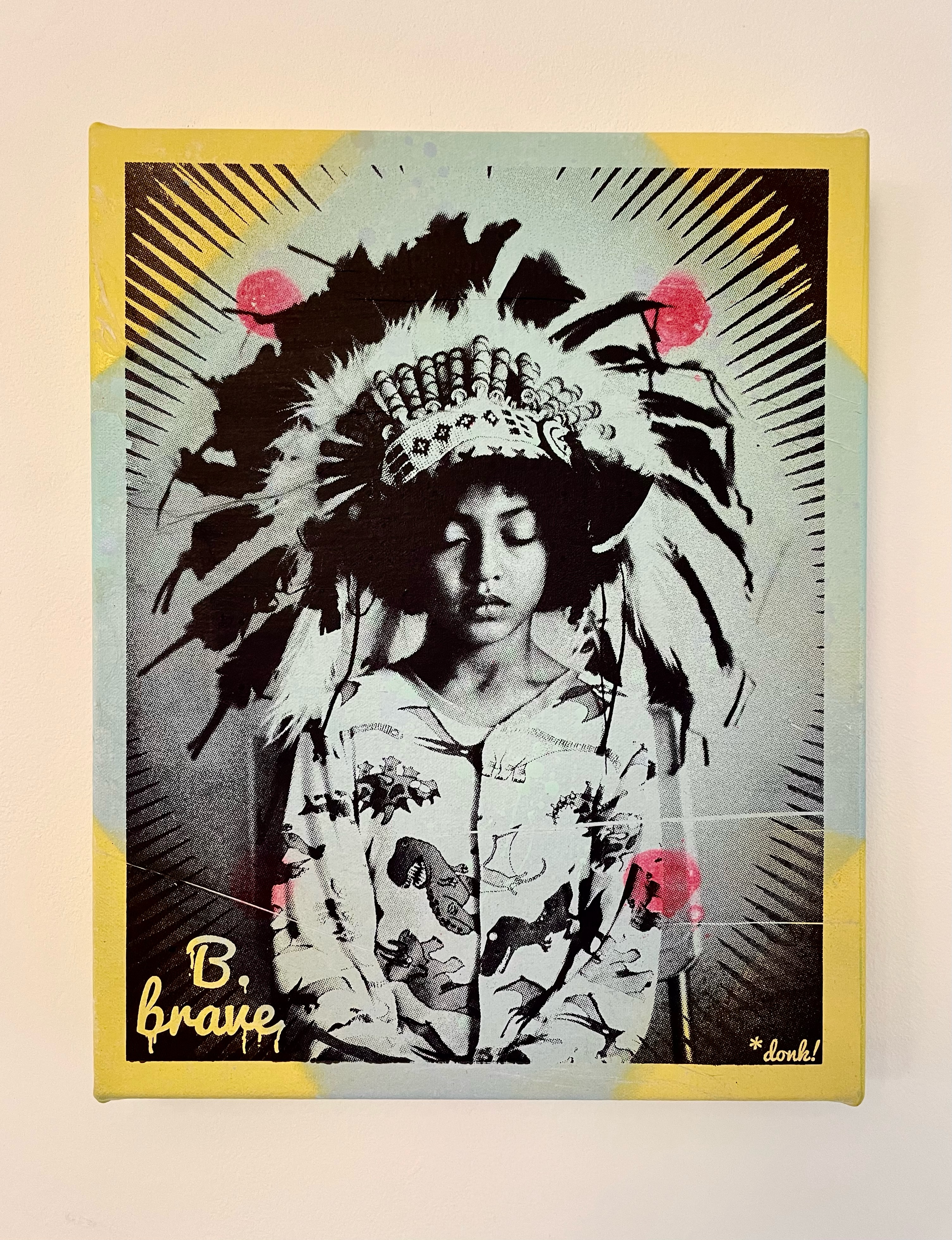 Donk is a photographer, printmaker and street artist, working in the urban paste -up poster tradition.

He has worked as commercial photographer since the mid 1990's but in 2008 decided to create the moniker 'Donk' to anonymously explore a series of new ​personal visual ideas.

Curious to unlock the d.i.y creative potential of a direct dialogue with the local environment, and fascinated by the ephemeral nature of unsanctioned creativity he set about pasting his work into the east end of London and elsewhere.

Donk’s images are largely constructed using his own original photography and are often inhabited by friends and family.

The subject matter alludes to aspects of growing up and the journey from innocence to a more adult awareness but also touches on social themes of equality, visibility and inclusion.

More broadly he remix's elements of urban culture and history across a timeline of his own making, at once referencing the past and the contemporary to make playful and anachronistic connections between universal themes of​strength, vulnerability and the passage of time.