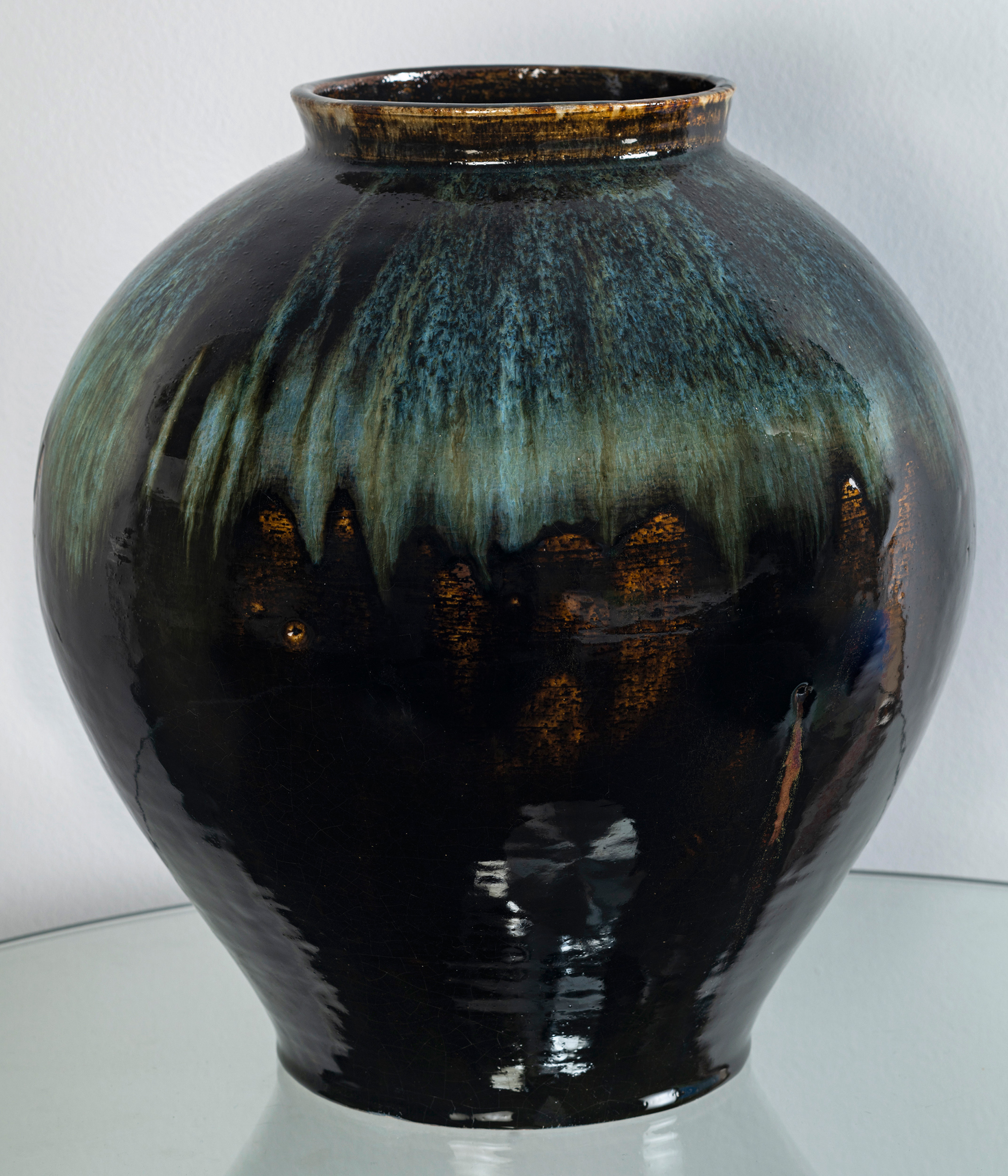 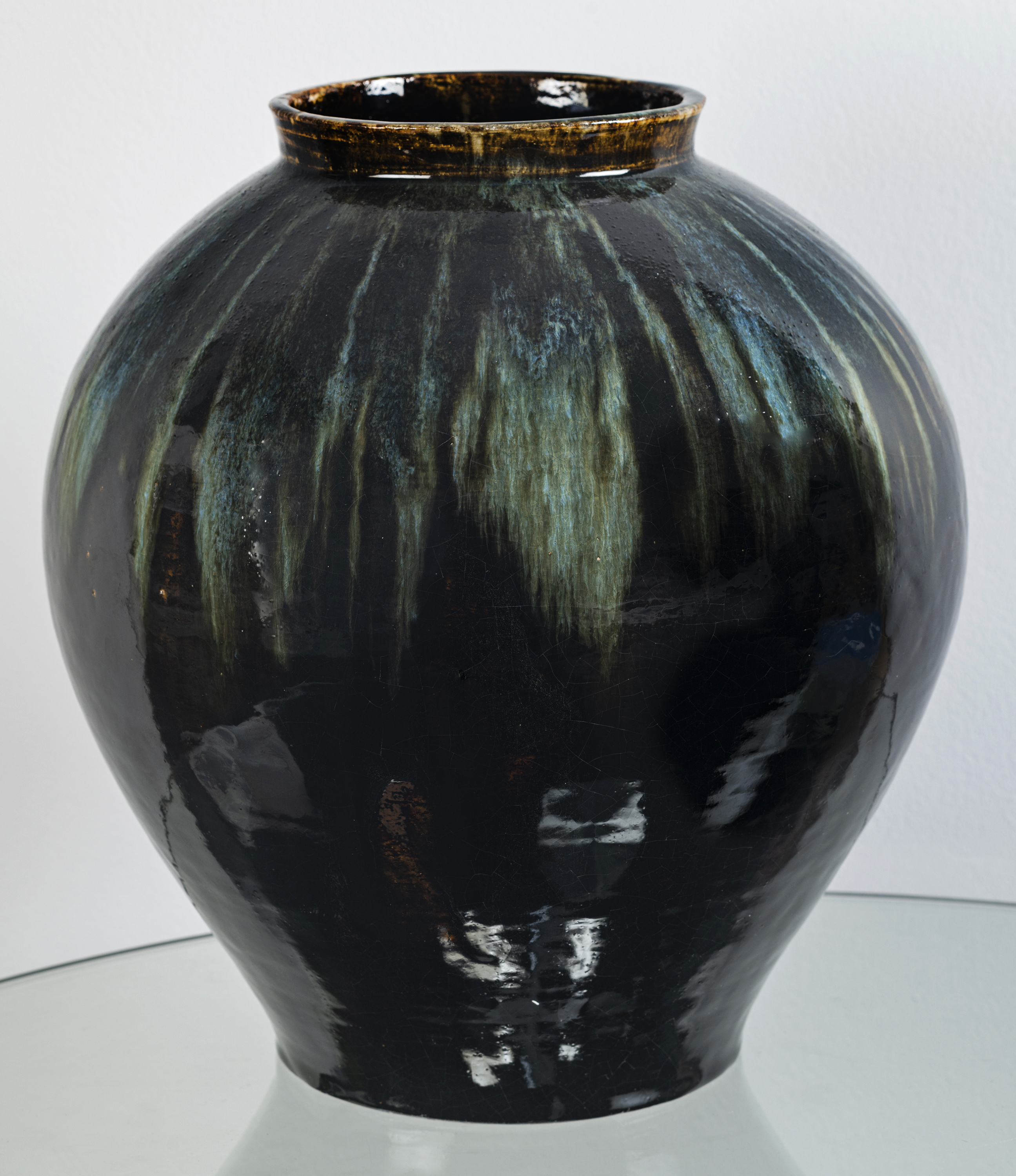 This is one of Michel Francois' signature pieces.

Michel uses ancient timeless techniques to create functional vessels.  They benefit from a purity of form giving them a sculptural quality. His own glazes are crafted using Feldspar, Cornish stone and ash from local trees, such as Chestnut, Ash, and Beech.  By starving the kiln of oxygen, he draws minerals and oxides from inside the clay to the surface.  There they react with the ash glaze, combining to act as prisms that filter and reflect light.  This process ensures that each piece is unique.

Michel graduated from Falmouth University in 2002, then was an artist in residence at the Leach Pottery, St Ives, Cornwall.  Following this, he set up his own studio in Falmouth. Michel’s work has been shown extensively in the UK and internationally. His work has been shown in Paris (Gallery Art Présent),  London (Gallery 43 Mayfair), Edinburgh and Taipei (International Teabowl Exhibition). He has also co-designed and produced a new range of tableware for the Eden project, facilitated with the aid of  a research grant from AIR (Academy of Innovation and Research).

In 2019 Michel was invited to live and work towards a major exhibition at the Korean Craft Museum in Cheong Ju alongside UNESCO awarded master Moonjarmaker professor SEO Young Gi.His work was exhibited at the London Design Fair, the Leach Pottery Museum in 2019, and Collect in 2020.

in 2021 his work featured in the catalogued exhibition ‘Moonjar a piece of happiness' at the Han Collection in London.

His work is on permanent display at Studio Pottery London.