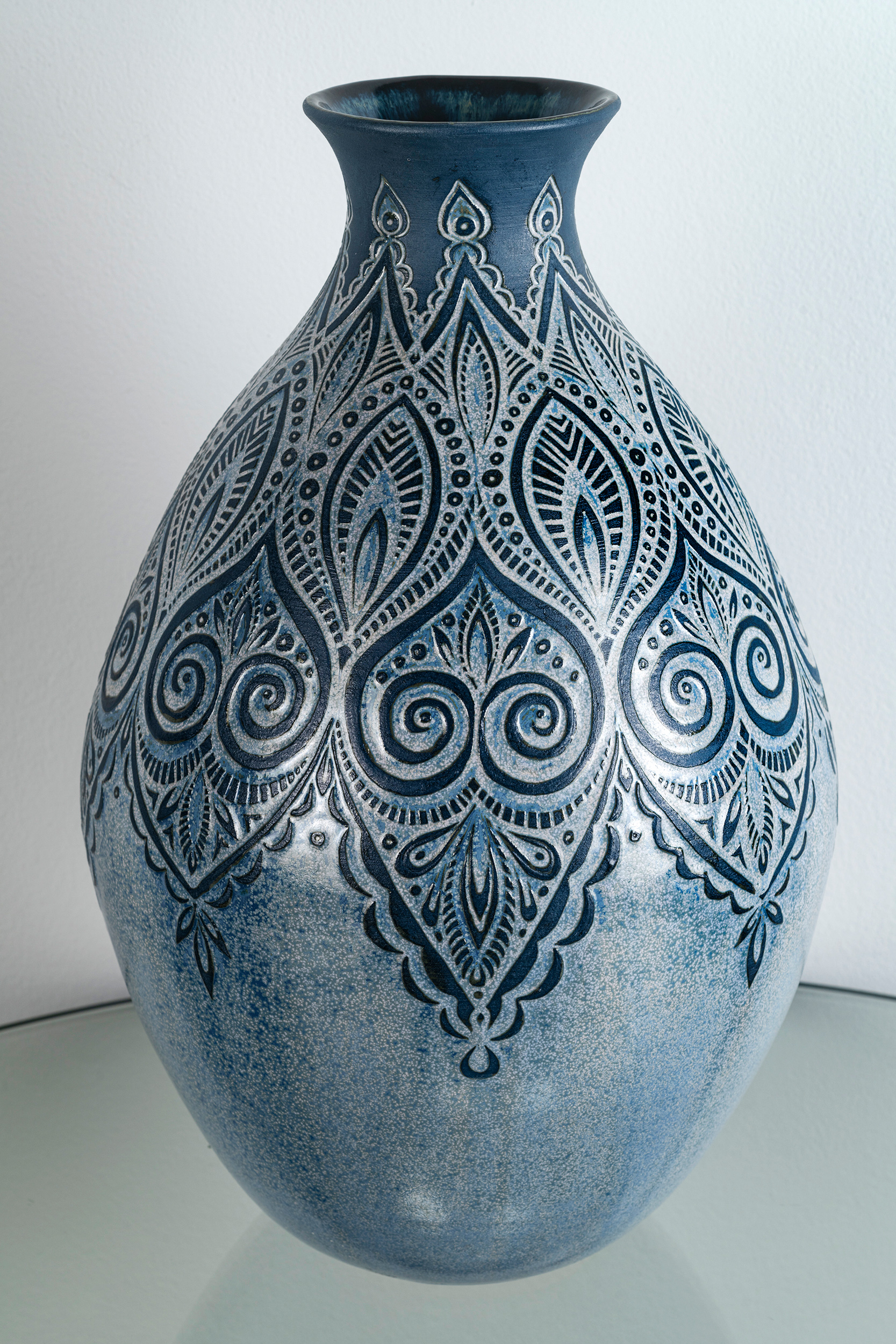 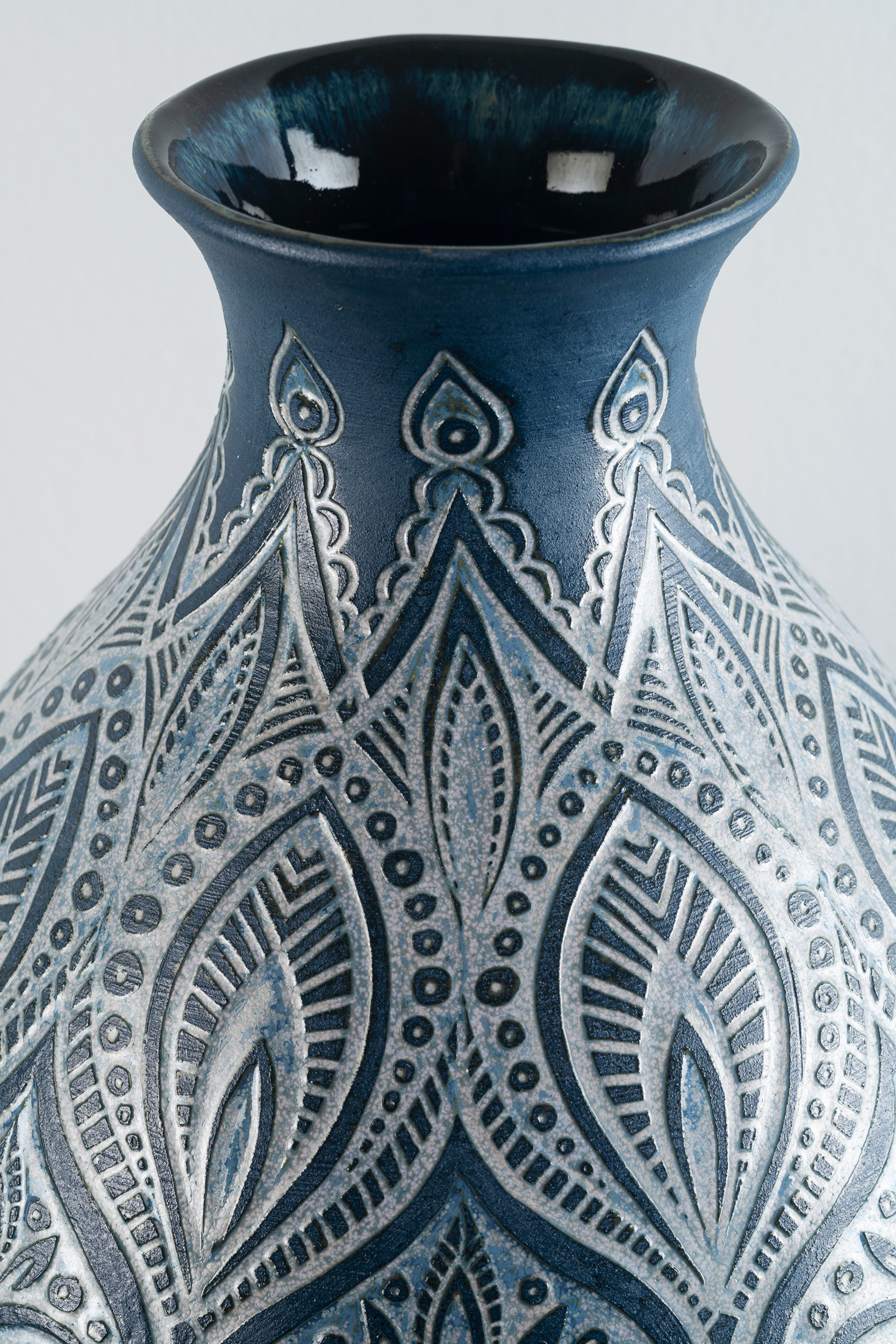 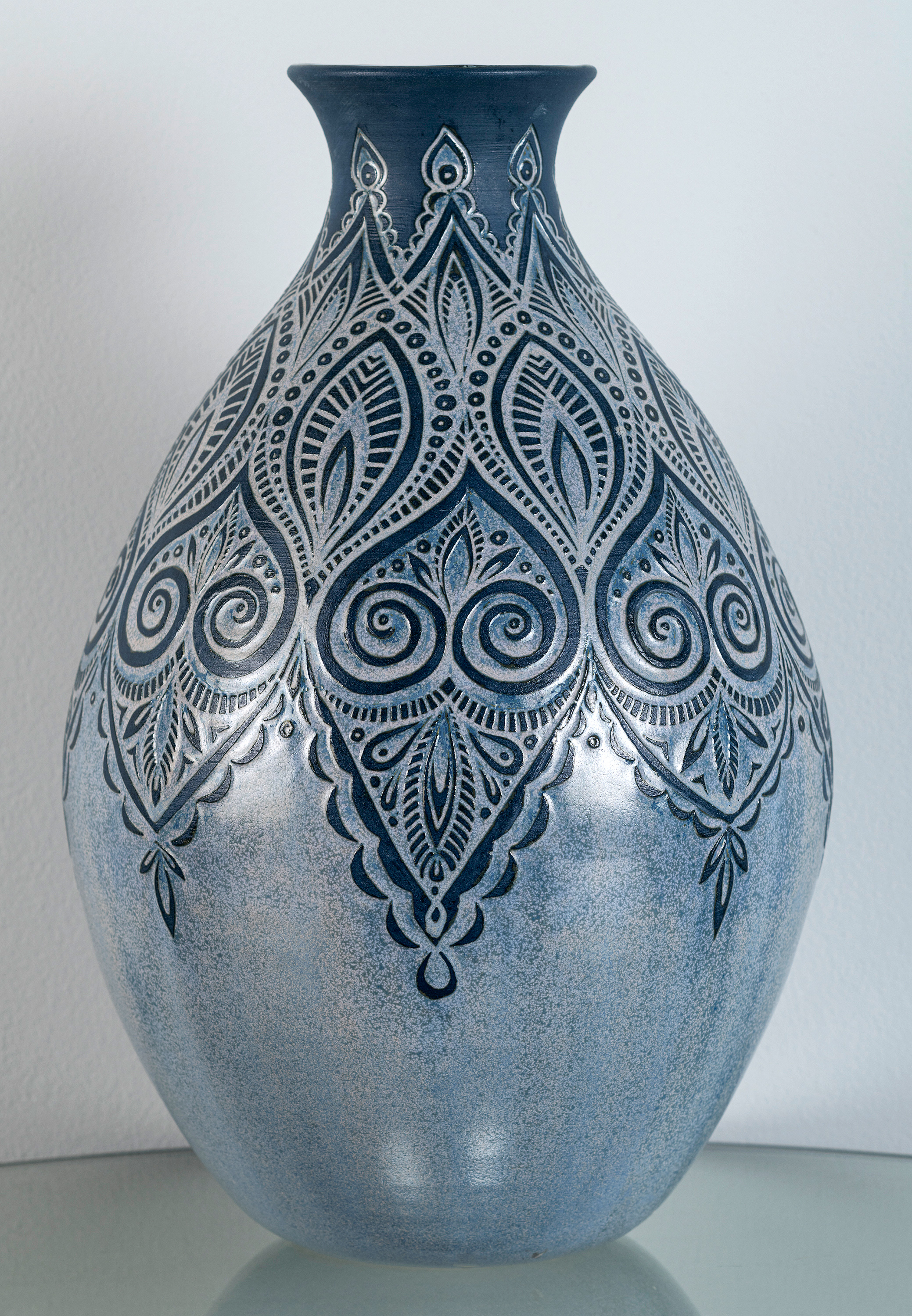 Gregory Tingay, born in Zimbabwe, first began to throw on the wheel aged 15. After finishing his education at a monastic school in the UK, he read English & Art History at Trinity, Cambridge. A brief stint lecturing Art History in Harare & working on films led to him joining Buckfast Abbey as a Benedictine monk in 1990. He was apprenticed there to Mary Boys-Adams (née Gibson Horrocks) who ran the monastery pottery for fifty years. She had been a student of Bernard Leach in the 40s in St Ives alongside his potter son David. She immersed Gregory in the Leach tradition, training him with rigour, and introducing him to David and his sons John & Jeremy who came to give Gregory master classes at the abbey. Mary also encouraged him to develop his interest in sgraffito - scratched decoration through slip - establishing a life-long love of doodling & drawing on ceramic surfaces. Moving to Quarr Abbey on the Isle of Wight in 1999, Gregory was mentored by local potter Molly Attrill with Arts Council funding, leading to his first public exhibitions. In 2008 Gregory left monastic life after nearly twenty years to pursue his love of pottery. He found a home for ten years at Dartmouth Park Pottery in north London where he began teaching. After its closure he established Studio Pottery London with his former pupil Lucy Attwood - a membership & teaching studio in Belgravia. It was opened by his Cambridge friend Edmund de Waal in 2019. Prior to that, Gregory was invited to be Artist in Residence at Hauser & Wirth, Somerset where he produced a large body of work. Gregory continues to teach, mentor members, and pursue his own work within Studio Pottery London. His work is held in private collections.

Gregory was featured alongside Theaster Gates in the Nov/Dec edition of Ceramic Review and will be holding a solo show at Studio Pottery London this June.