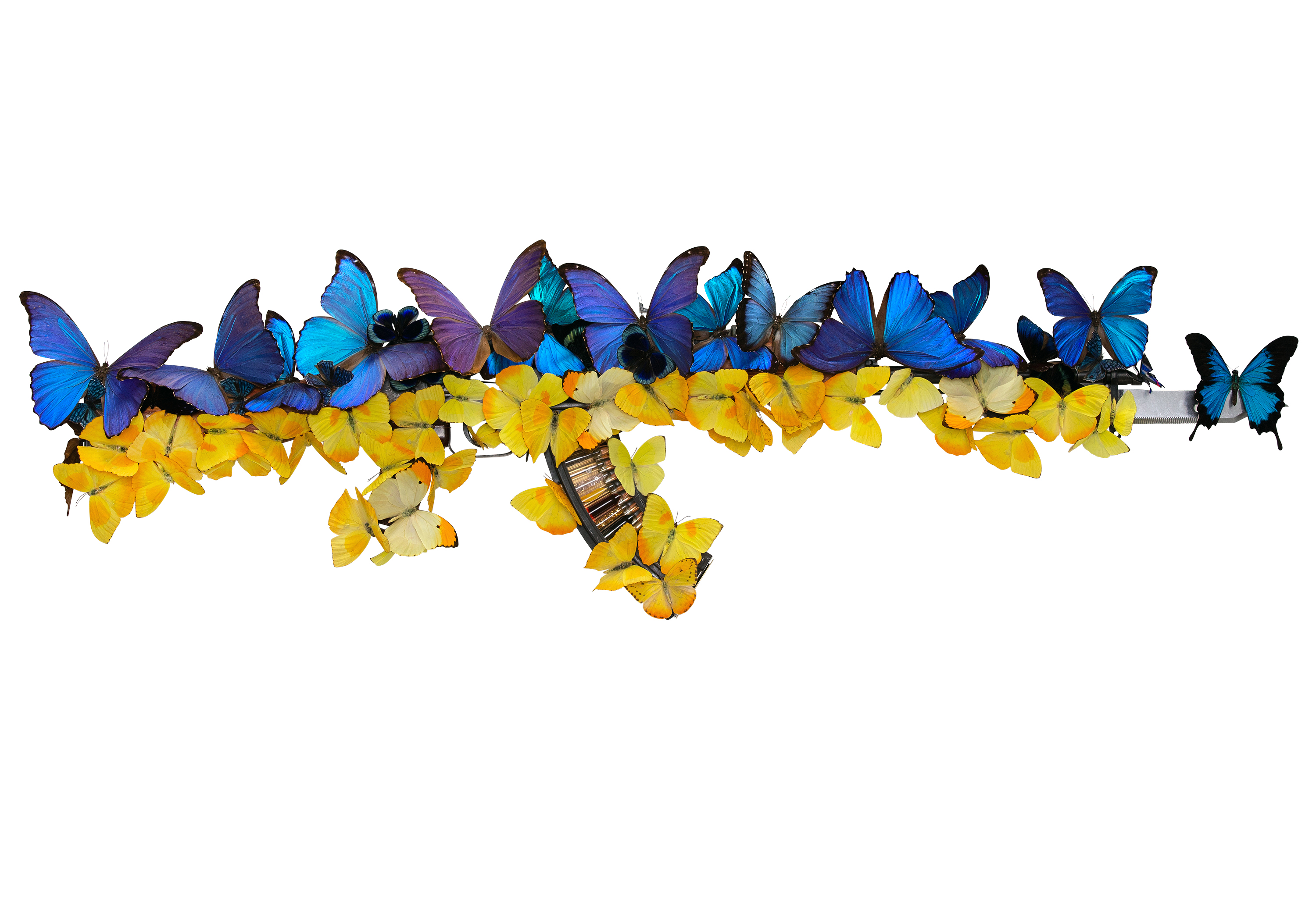 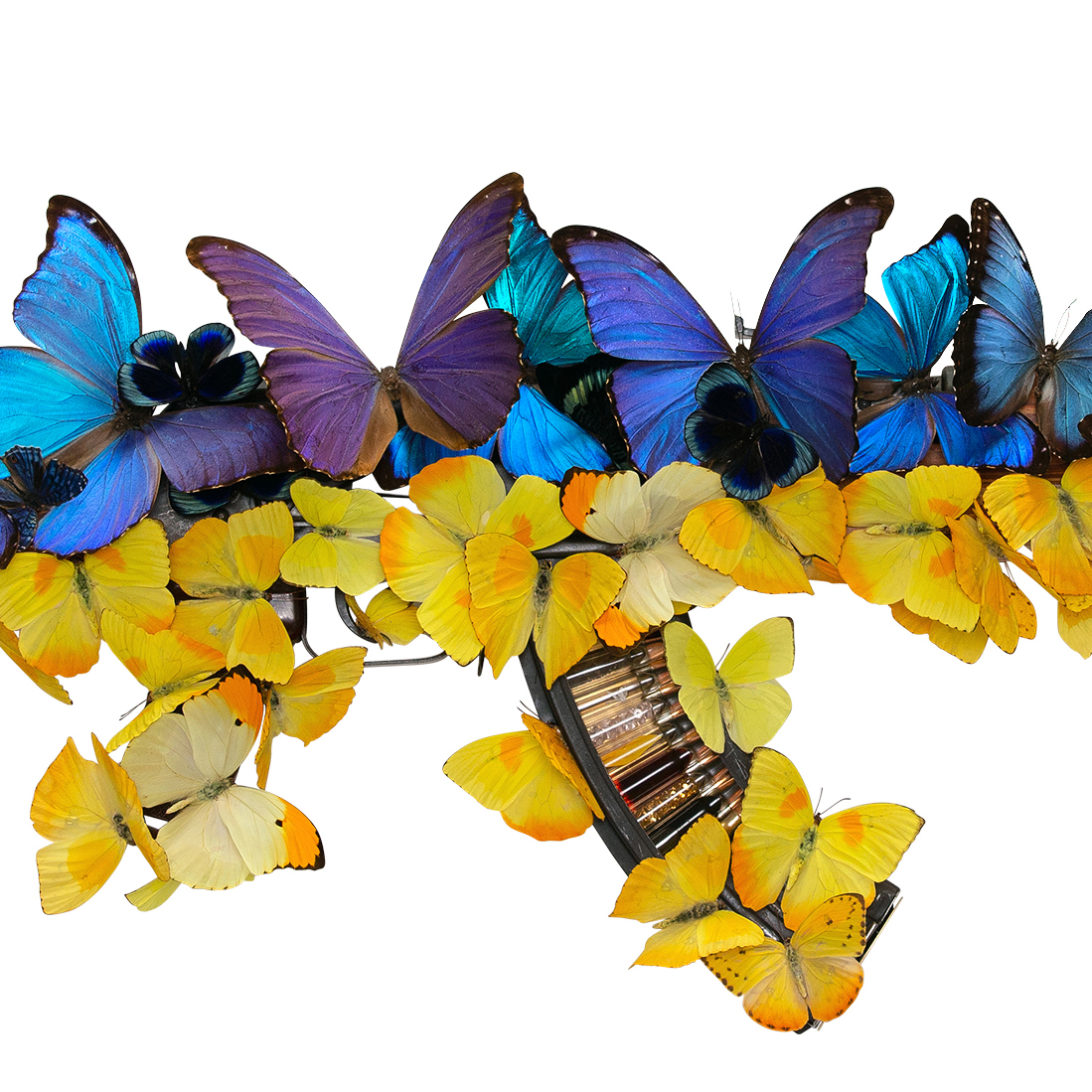 This AK-47 art piece pays homage to the Ukrainian flag whilst utilising his iconic exotic Lapis hued Morpho and flaxen Phoebis butterflies. The magazine is cut open to create a frame for the hand-made glass bullets which are loaded with often precious and sometimes graphic fillings which express the narrative of the pieces. In this case, the bullets contain Origami white Doves, Rose Quartz and Citrine crystals. Yellow Sunflower Petals - being the national flower of the Ukraine and Blood, Oil and Earth represent the age-old dispute over land. The foremost significance of this is the origin of the weapon - Russia. The dichotomy is startling, a weapon that has such an intrinsic role in the Russian invasion is deftly engulfed by the wings of delicate butterflies. It’s almost as disarming as the role art plays in the face of tragedy.

Bran Symondson is an ex-military British soldier, photographer and artist. During a tour of duty in Afghanistan 2008, Bran captured images on his camera of the civilians he met along the way, Bran took photographs of the Afghanistan National Police holding decorated AK-47s with butterfly stickers and flowers; these images gave Bran the idea to embellish the assault rifle with money and butterflies.

Bran's work is collected by artists to rock stars, Jake Chapmen, the Prince of Bahrain, Dana White and Elton John are amongst some of his collectors. His works can be seen at the HOFA Gallery Mayfair London .

Video about this unique work made for Art Aid Ukraine: by @saturn.london Finding Peace in the Constant
Painting on Map, 41 x 51 cm.