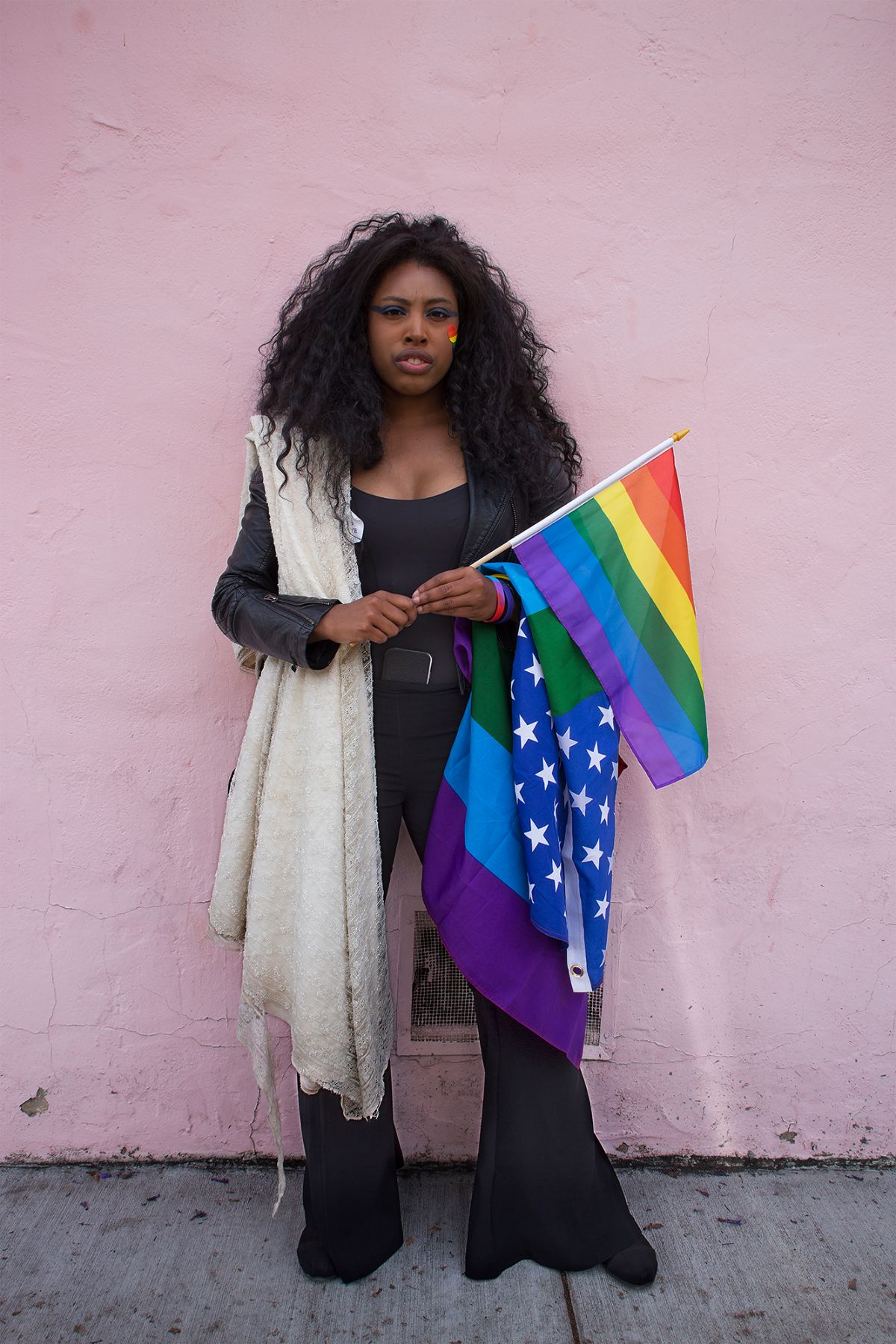 Sade's quote: "I grew up in a single parent household so I don't think a couple needs to have an actual license to make a marriage. I think a commitment needs to be done verbally between the two of you. Marriage is a right that every citizen and human being should have regardless of race, gender, or sexual orientation. I don't need a piece of paper. But I would like that promise from someone".

Sonya Naumann is a visual artist working in photography and video as a means of investigating the collective process of individual sociopolitical identity constructs using the qualitative research method of artistic auto-ethnography. She was the 2009 Bodine Fellow at the University of Iowa School of Art and Art History where she received her MFA, Cum Laude. Her work has been exhibited and published in various spaces including The Los Angeles Center for Digital Art, The Center For Fine Art Photography, The Annenberg Space for Photography, University of Nevada, New Orleans Photo Alliance, Fraction Magazine, F-Stop Magazine, Bust Magazine, and The American Scholar Journal.

About The Dunce Series This body of work seeks to study to surreality of the subconscious, the conversations we have with it, recordings it plays, messages it sends, and its ability to trap us in a reality that no longer subsists. In an effort to illustrate this very psychology, its living mystery, the daily impact it has, and the weight of my relationship to it, these photographs are a chain of self-portraits that are printed and re-shot through a magnifying glass to serve as an investigation into the neurobiological science of memory. The series consists of various seriations in the narrative structure inherent to the photograph itself. The narratives are a series of episodes dynamic in content yet consistent in subject matter surrounding the character and function of The Dunce.