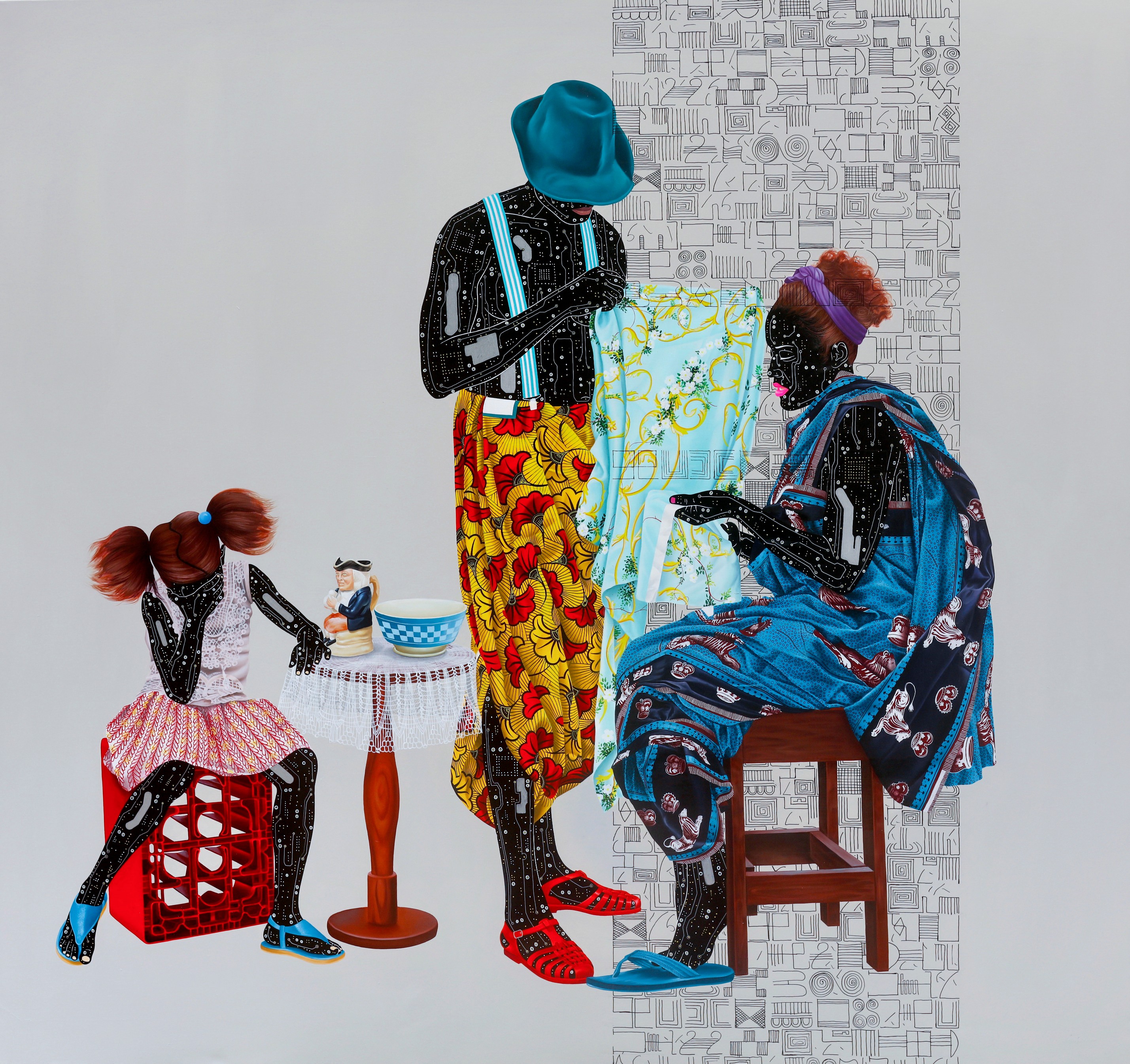 Eddy Kamuanga’s work and practice has been featured on several occasions in the Financial Times. In 2020 he was named as one of Apollo Magazine’s ‘40 Under 40 Africa’; an accolade celebrating artists, thinkers, business leaders and advocates who have pioneered arts from Africa and the Diaspora.