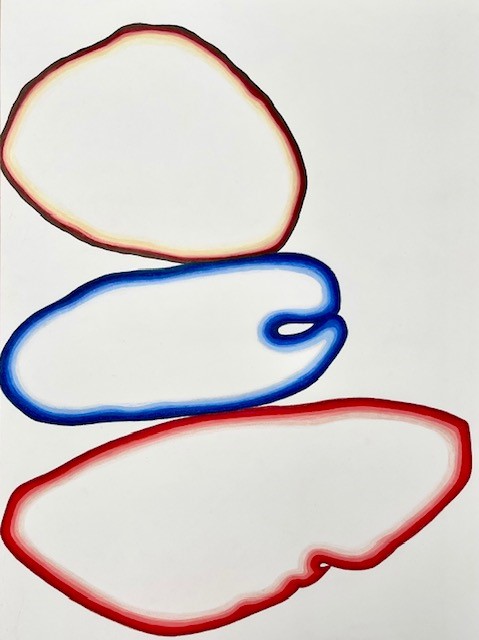 Inscription: signed and dated on rear of framed piece

Alison Goldfrapp is a British-based musician and artist.

Fine art, music, fashion, photography and performance art have been enduring work modes throughout her career that includes Goldfrapp, the band she co-founded in 1999, described in 2016 by The Guardian as 'the most visual of music acts, fuelled by the inventiveness of its frontwoman'.

Alison frequently looks to the natural world to inform her process. Increasingly she sees geology as a guiding structure and is drawn to exploring a sliding spectrum between vegetative, animal, mythical and manufactured worlds in a search for ‘other conscious’ domains.

Goldfrapp’s first album, Mercury Prize nominated Felt Mountain, included a cover by Alison that in 2018 was chosen to represent the year 2000 for most iconic album artworks of all time (1949–2017) by the ‘Best Album Awards’. In their remarks, the jury stated:

‘Alison Goldfrapp … approaches her work as one single creative project, with the artwork, live performance, videos and costumes all deeply entwined. Her repertoire conveys an ethereal, sensual, highly theatrical persona.’