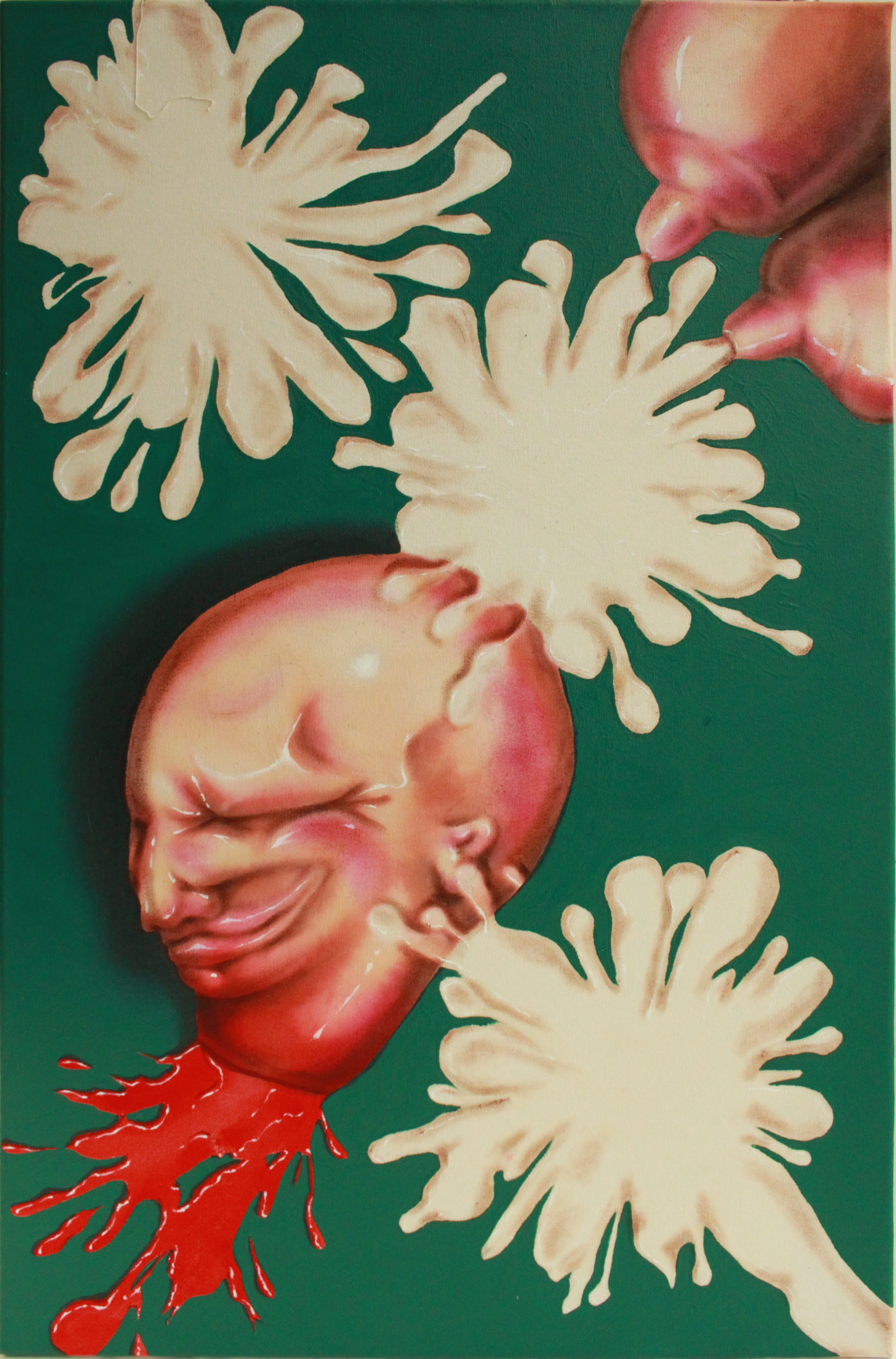 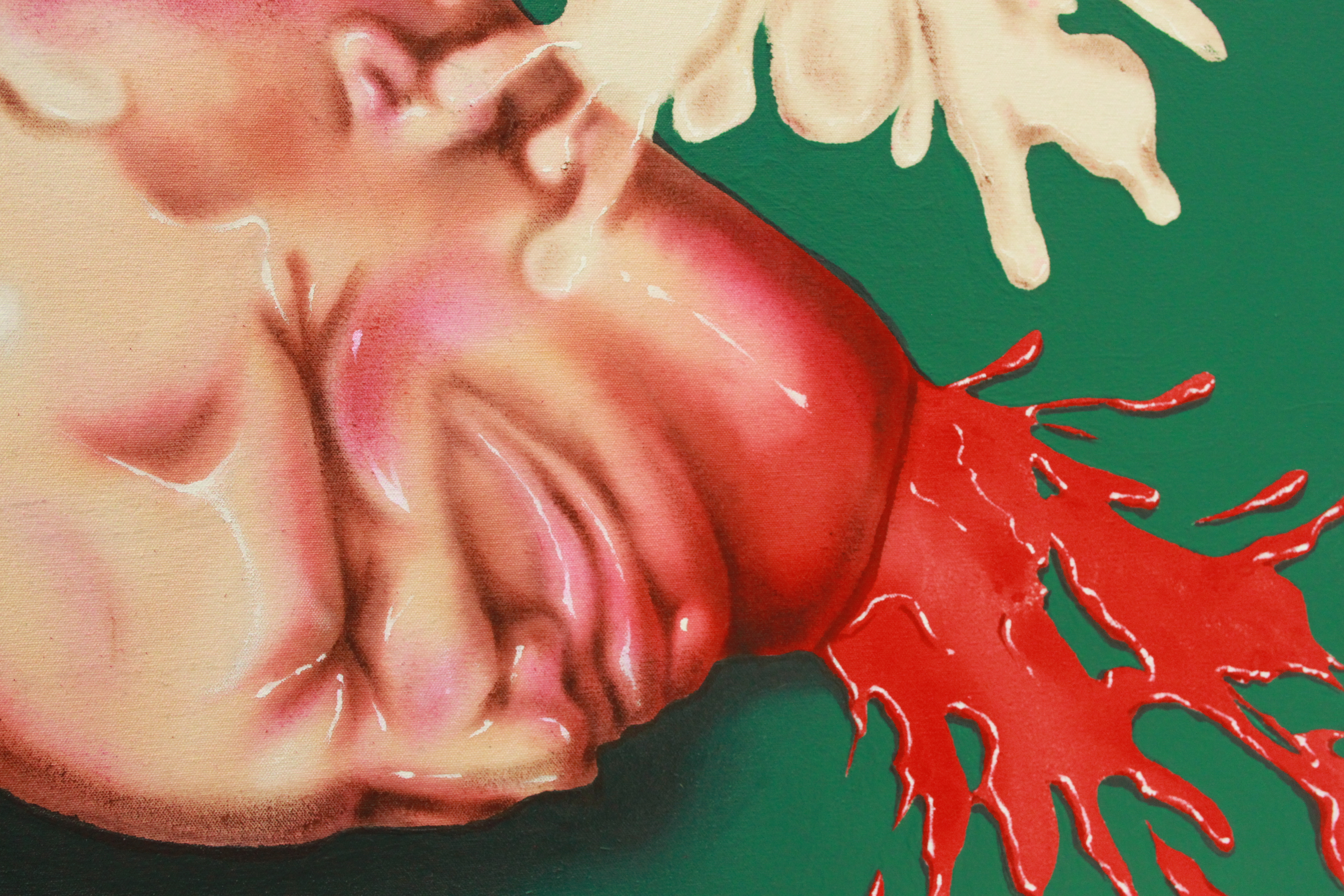 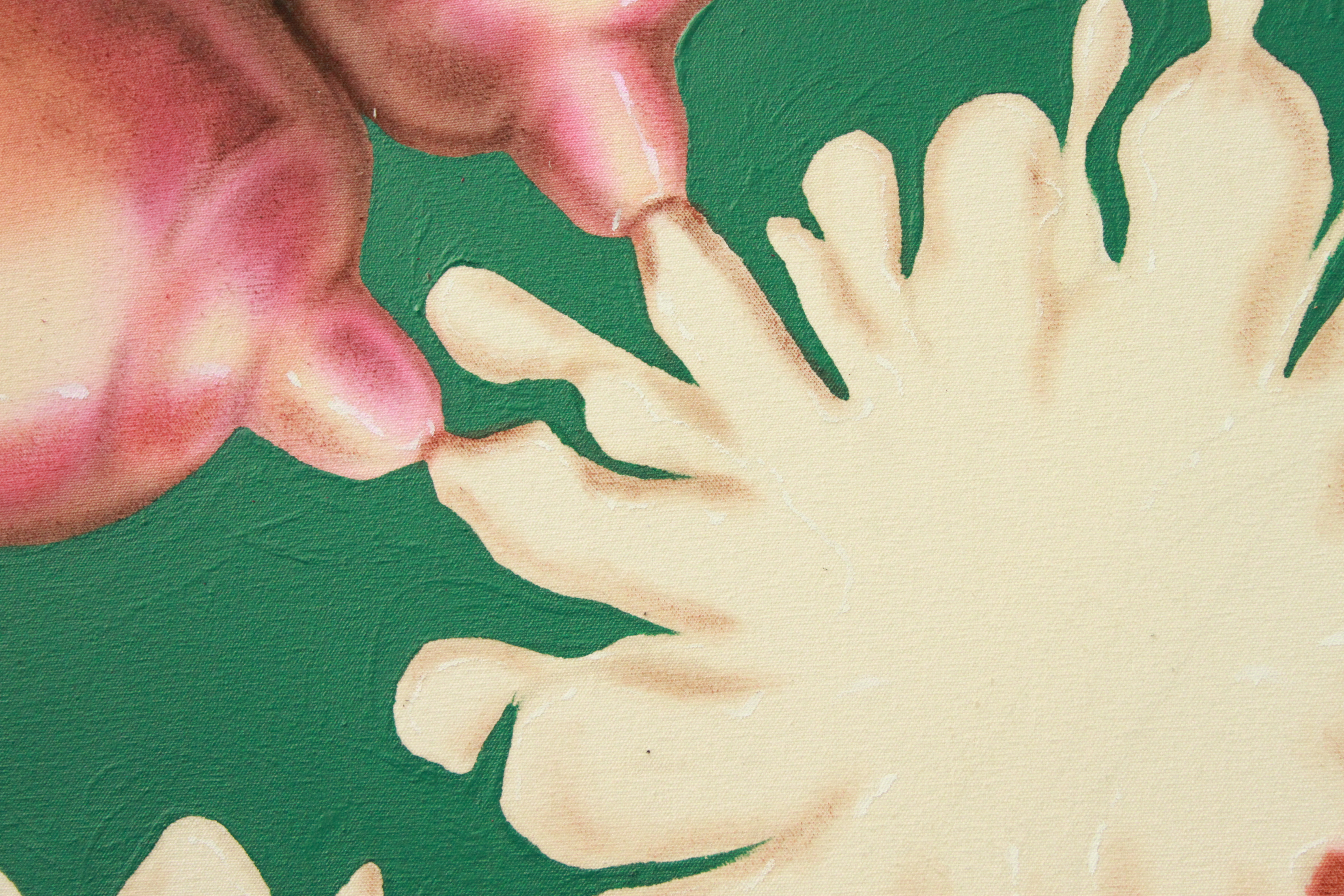 Painting
Created in 2021
This artwork is Unframed

My artwork explores societal and internal power roles. I appropriate the human body to discuss relationships between people and the self, saturated with child-like dependency, intrusion, and boundaries. Alongside a distortion of the interior and exterior of bodies, my artworks denote emotional illusion, trust and trepidation between people. Inspired by grotesque imagery, Wincing (again) is a satirization of my im-moral thoughts that are terrifying, centring around feelings of shame and guilt. Interested in hedonism, I wanted the decapitated head to be deviant in the way that it reacted to the humiliation of being squirted with milk. He grossly enjoys it while also in pain. I used the bodily fluids blood and milk in this piece to represent and subvert male and female power relations. I decided to make breast milk the violent aggressor and blood the product of vulnerability and shame: detaching milk from its usual connotations to purity and fragility.