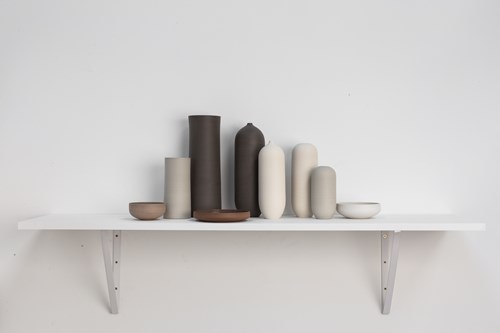 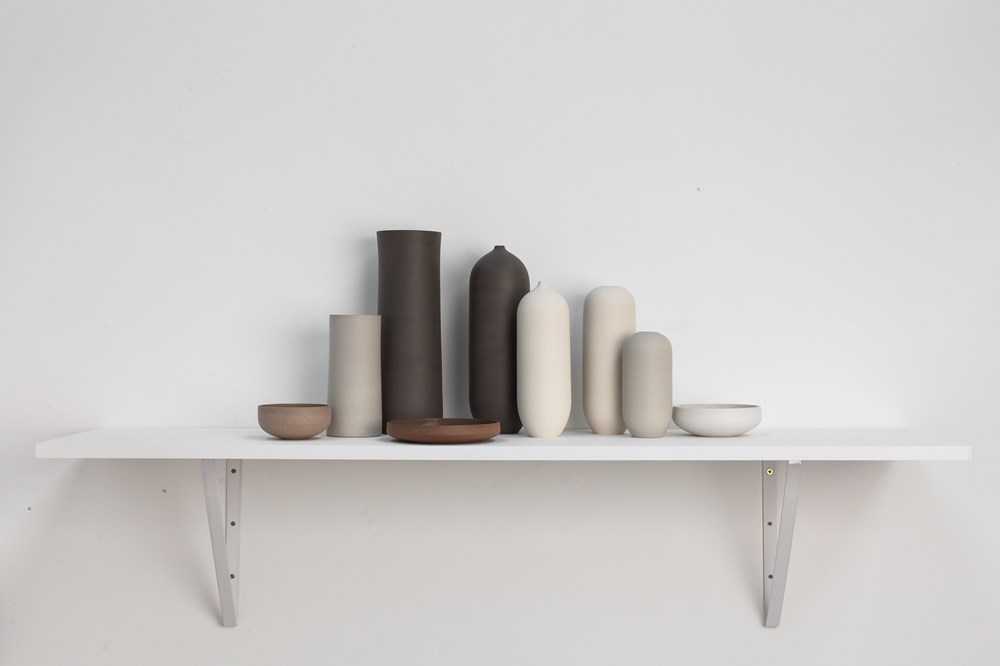 Two bottles, four vases and three dishes
Each signed in metal oxide (underneath)
Porcelain, stoneware, earthenware and oxides
The tallest: 30 cm.
Combined width: 100 cm.
Created in 2018
These are unique objects assembled by the artist into a complete installation. The artist has provided several arrangement options for the buyer.

The work Group III is a sculptural collection of nine pieces from four shape families. The works are thrown on the wheel in varying blends of four clays with additions of metal oxides. The geometry of the forms is explored iteratively on paper and the ceramic works are made within a set framework of sizes and materials, allowing for variation between pieces, before being assembled into groups.

“Once I have an idea for a shape, I draw an array of possibilities, constructing the forms geometrically from lines and arcs. Taking a characteristic which defines the shape, perhaps a curve on the underside and a similar curve repeated at the top, I then look into what happens if I make the ratio between the width and the height of that piece say, 1:2 or 1:5, or if I change the curvature of one of the sections according to one of these dimensions. As such I establish boundaries within which to make multiple pieces, leaving space for creativity and variation during the making process.

The pieces are thrown on the wheel using blends of the three main clay types; porcelain, stoneware and earthenware. These clays are selected for their tonal qualities and blended to specific recipes developed in my studio and mixed by hand. A black stoneware body from Spain may be mixed with porcelain and black pigment to achieve a depth of colour and fine texture, or a white-firing body may have a small percentage of a grey clay added to achieve subtle variations in tone.

After a period of making many iterations of the forms, individual pieces are brought together in dynamic compositions relating to dimension and tone. These groupings represent the results of my inquiries, together creating a new work and the potential for future investigations”

Luke Eastop is a ceramicist based in Margate, Kent. He worked as an artist and designer before taking up ceramics in the studio of his late grandfather, the potter Geoffrey Eastop. His ceramic works and drawings have been widely exhibited in London and New York and he is also including a single ceramic, Dark Teal Bottle, in the auction. 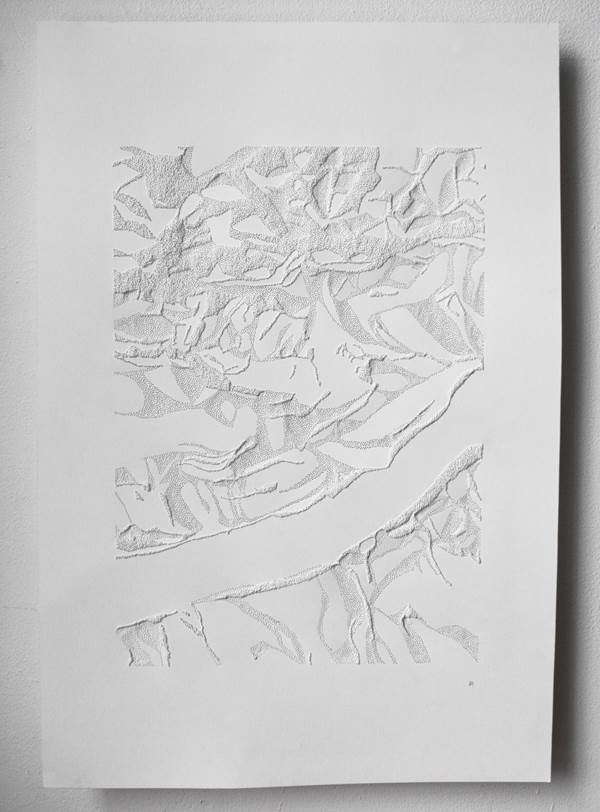 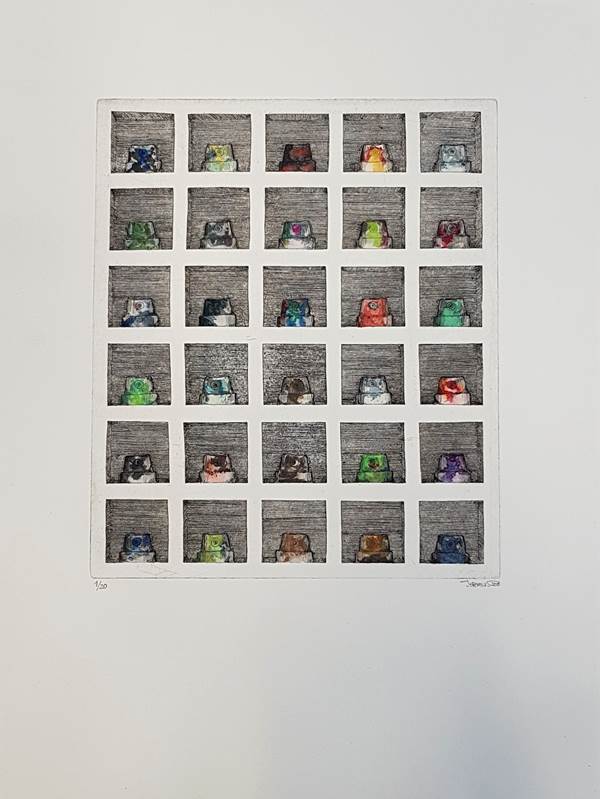 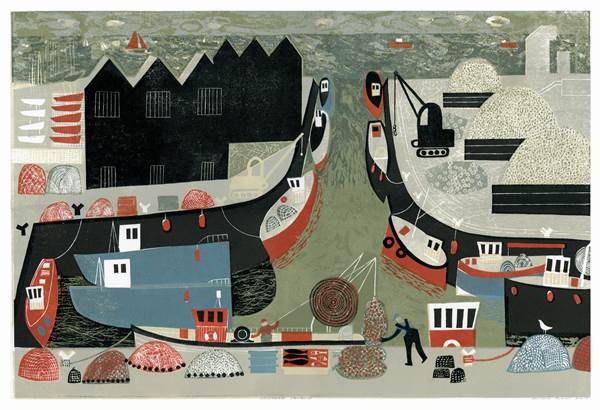 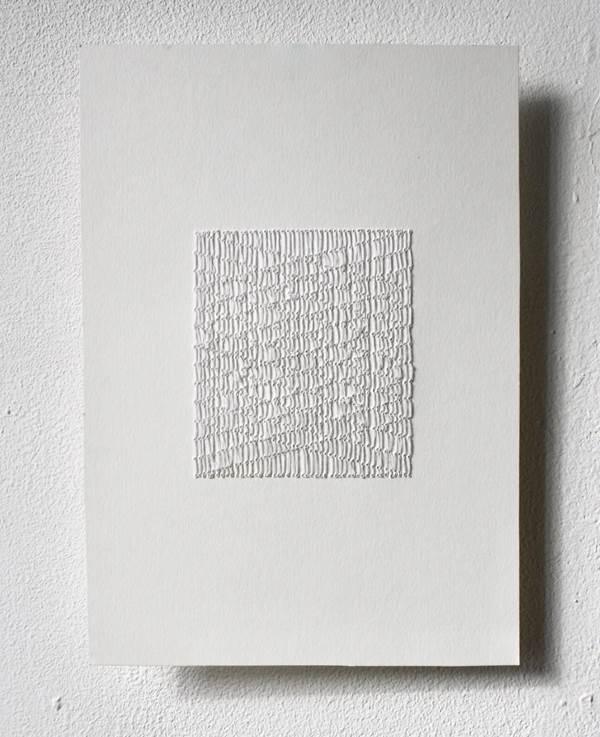