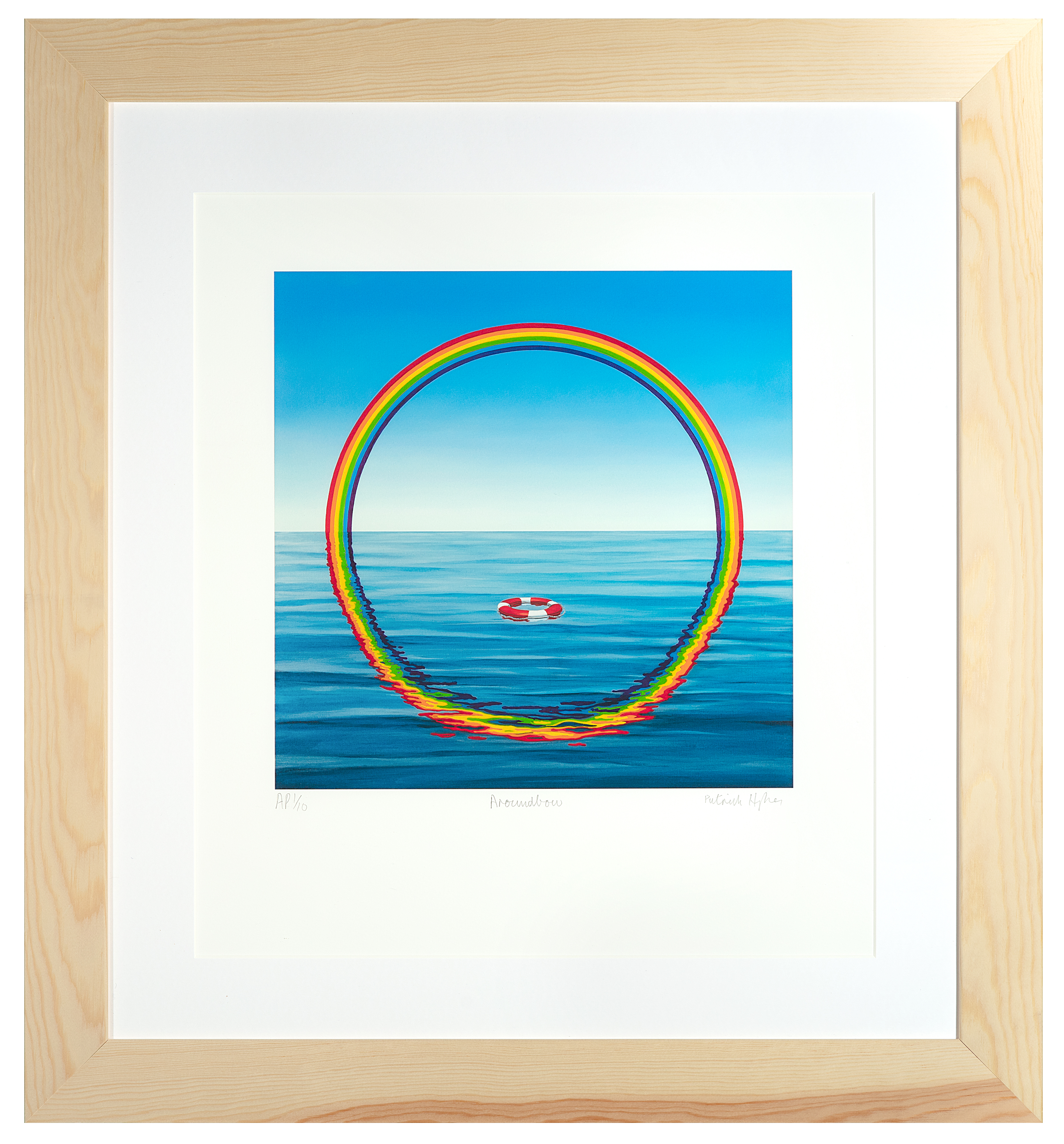 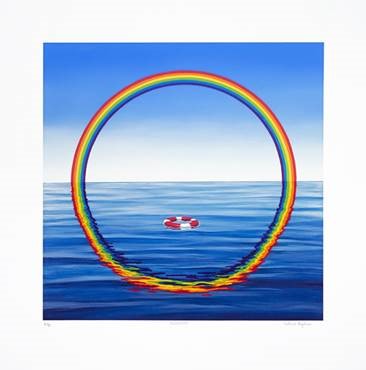 Patrick Hughes lives and works in London. He is widely recognised as one of the major painters of contemporary British art. His solo show in 1961 was the first by a British Pop Artist. His work is in thousands of private and public collections including the British Council, the Victoria & Albert Museum, the Tate Gallery, the British Academy and the British Library.

Of Aroundbow, Hughes says: “We usually see rainbows as part of an arc, part of a circle. If you see one from an aeroplane or at Victoria Falls you discover they are actually giant rings until the Earth gets in the way. I have imagined a reflected rainbow making a perfect hoop with an imperfect lifebelt to save you.” 4. Tarot reading with Courtney Love, Afternoon Tea at The Ritz