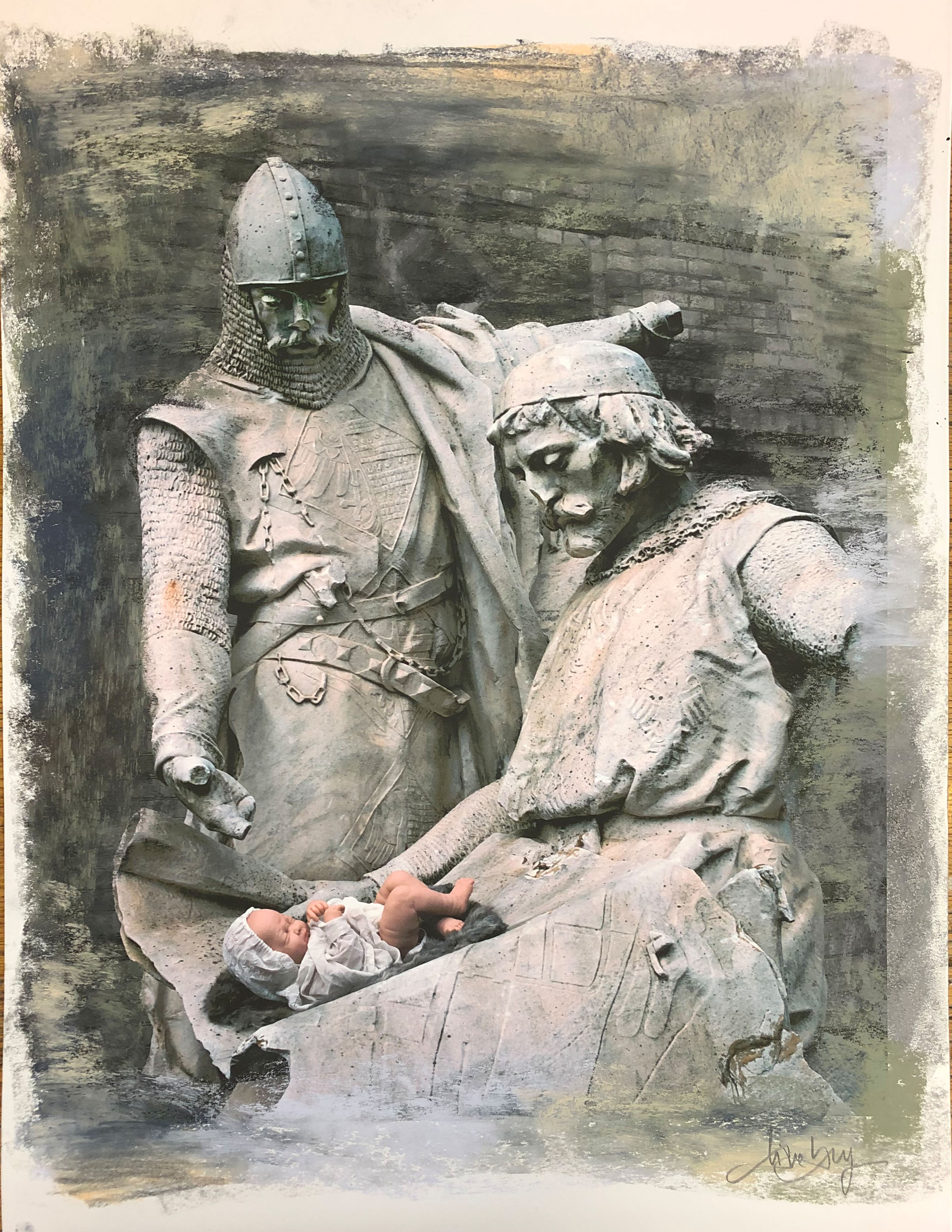 Liane Lang is a visual artist, living and working in London. She studied at the National College of Art and Design, Goldsmiths College and the Royal Academy Schools. Lang takes a special interest in statuary and monuments and her projects have included the plaster cast collection at the Royal Academy of Arts and the Atelier de Moulage of the Musée du Louvre. She has exhibited widely and her work is held in public and private collections, including MoMA, V&A, The Art Institute of Chicago, Royal Academy of Arts, and the Saatchi Collection.

Lang created this image at Berlin’s Zitadelle Spandau Museum which houses the Siegesallee statues. She transforms Wilhelm II’s dynastic and militaristic telling of history with the subtle addition of a life-like baby doll, making the scene suddenly more domestic and intimate, a gentle and loving moment. She points toward the role of families, marriages and children as being perhaps a greater part of the history of territorial expansion and political power than war and conflict. A Spoonful of Sin
Miscellaneous