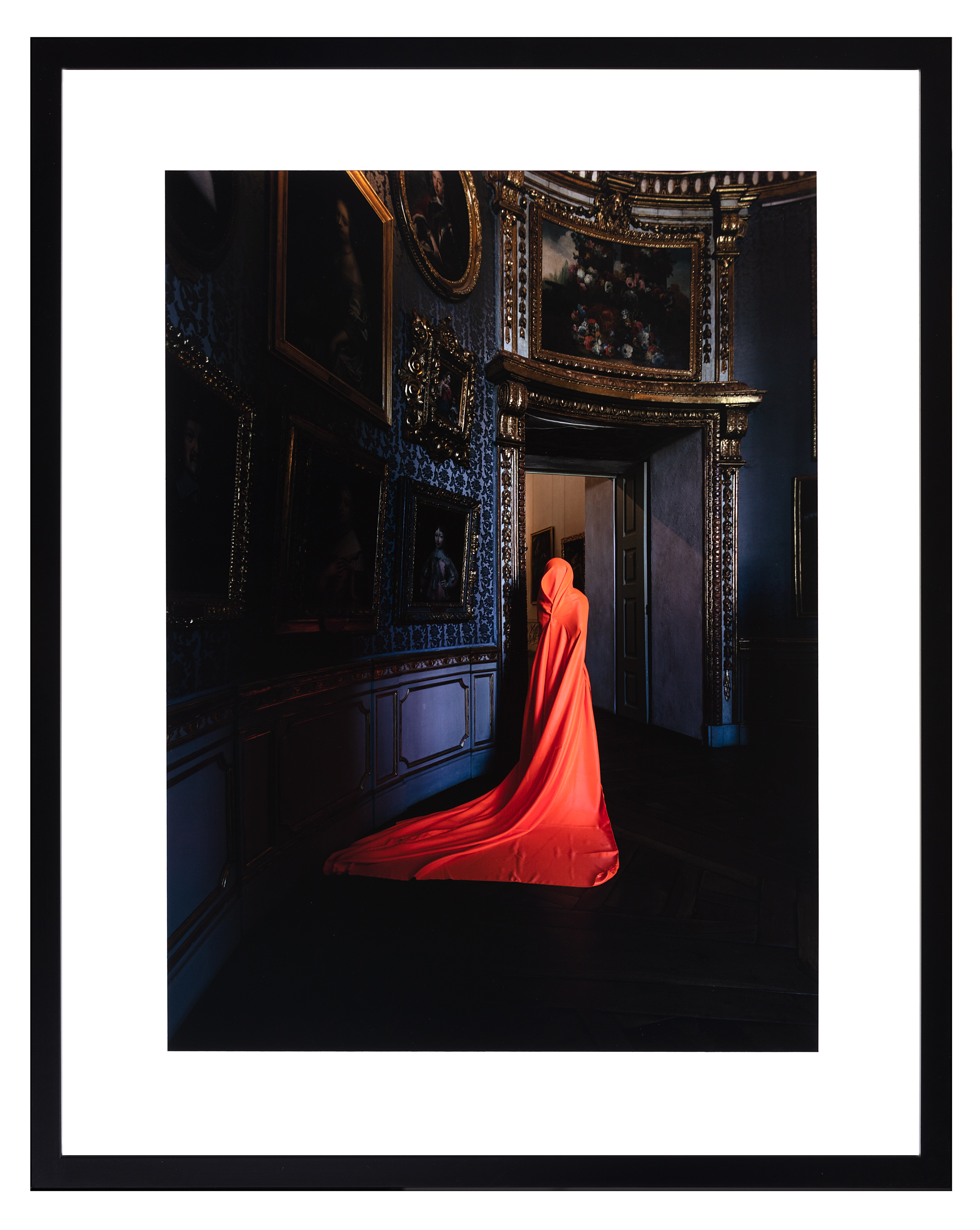 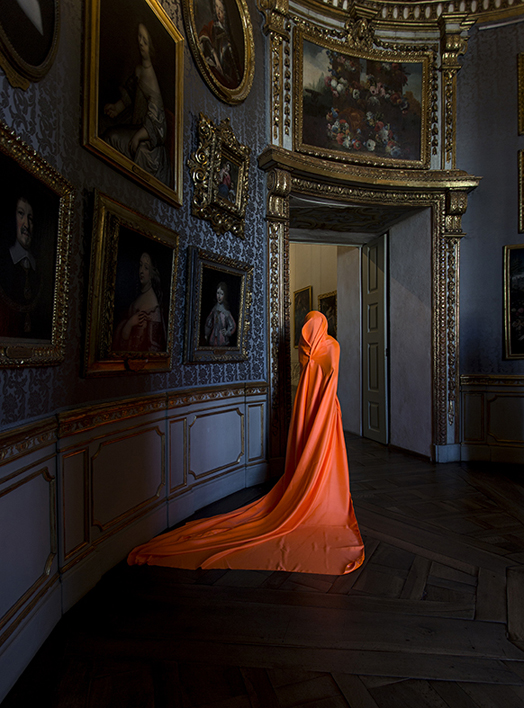 Longing of Orange Sea (I)

London-based Turkish artist Güler Ates studied at the Royal College of Art and is currently Digital Print Tutor at the Royal Academy Schools. Her work can be found in the print collections of the Victoria & Albert Museum, the Royal Academy of Art and the Museu de Arte do Rio (MAR). At the heart of Ates’s work with video, photography, printmaking and performance lies an exploration into the experience of cultural displacement shown through merging of Eastern and Western sensibilities.

Longing of Orange Sea (I) was taken at the Palazzo Madama in Turin during Ates’ residency at Art Site Fest in 2018. Palazzo Madama is one of the most famous Royal residencies of the Savoy, who bought art and culture to Italy with them, and also the first place to be occupied by the Roman Empire in the first century BC. Ates seeks to discuss the current volunteer or involuntary human movement by looking into this history, emphasising the cross-cultural pollination in this place.