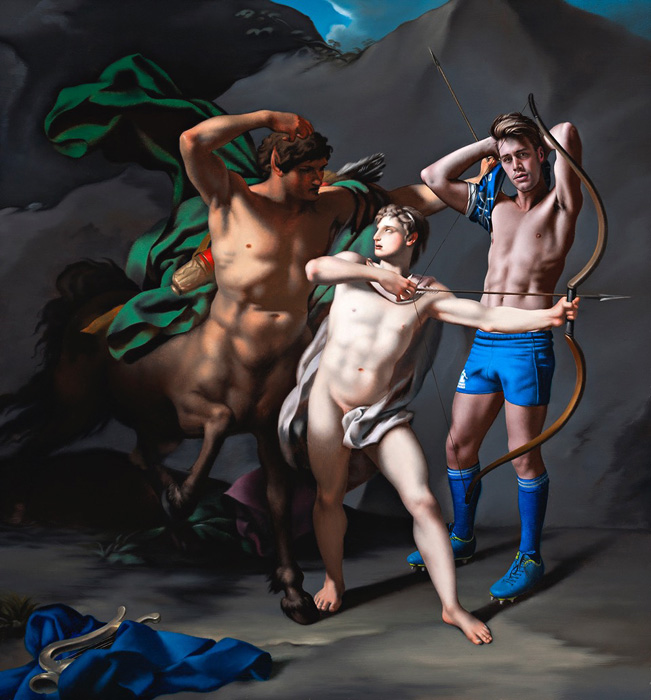 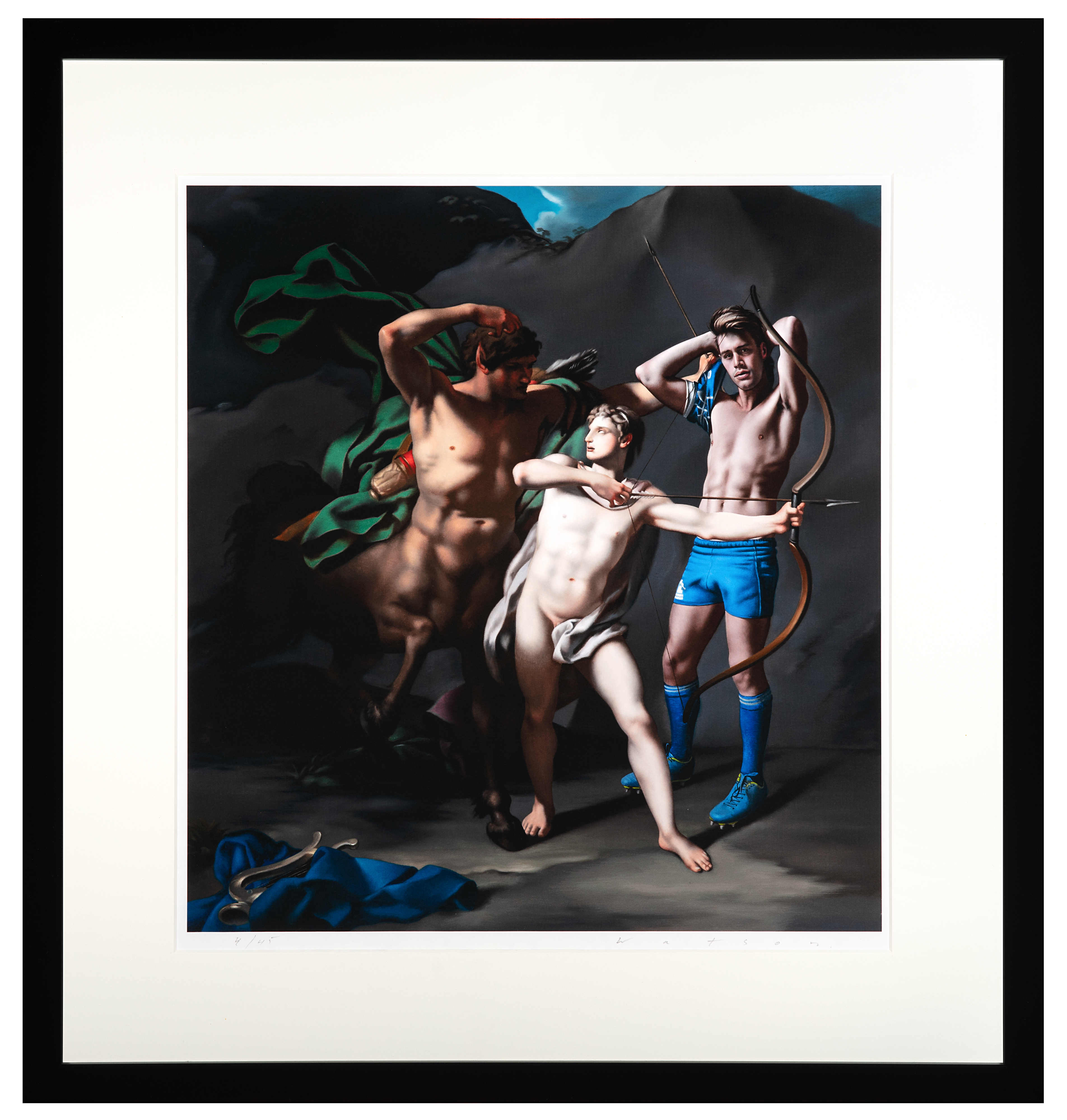 Heralded by Sir Elton John as a leader in contemporary realism, Melbourne-based artist Ross Watson is known for his contemporary, homoerotic twists on classic-styled paintings, as well as contemporary locations adorned with a nude male - often out of place such as in front of a guard on duty. Untitled 01/17 (After Jean Baptiste Regnault, Featuring Alexis) falls between both camps with Kings Cross Steelers rugby player, Alexis Caught, placed within a classical scene.

Watson says: ‘I found Alexis on Instagram, and he modelled in his uniform for the gay rugby team, the Kings Cross Steelers, in London in July. Unlike the curated “good” version of life so often presented on social media, I was impressed by his candid posts - including experiencing anxiety, depression and self doubt - and I thought “he's helping reduce stigma and educating so many”. This helped me in the composition of painting to depict the theme of education.’