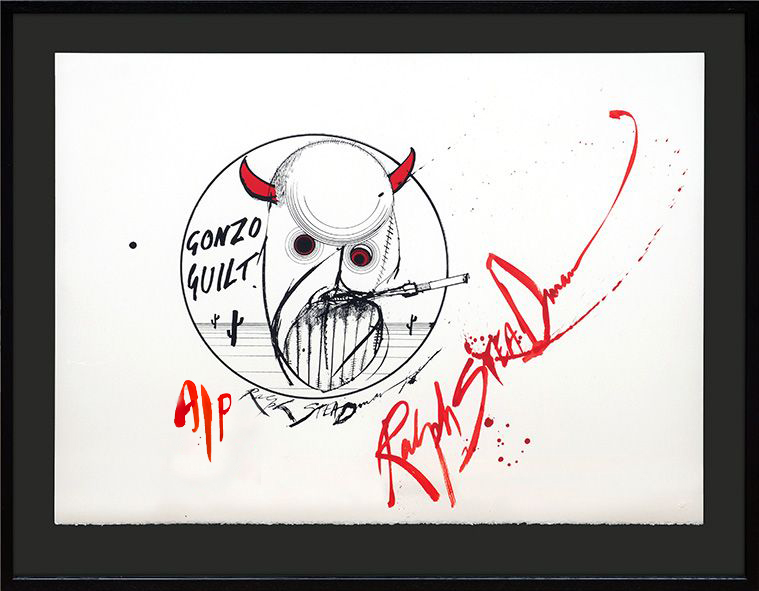 In 1969 Ralph Steadman received his big break when he illustrated an article written by the polarizing author Hunter S. Thompson. A 40-year collaboration between the two ensued, making Steadman one of the most widely recognized illustrators of his time. Inspired by George Grosz and John Heartfield, Steadman developed a distinctive style defined by energetic ink splatters and grotesque, flamboyant figures. His drawings have appeared alongside time-honored tales such as Alice in Wonderland, Animal Farm, and Thompson’s Fear and Loathing in Las Vegas. He is also well known for humorous and caustic political cartoons, which depict the likes of Richard Nixon and George Bush. In 2014, For No Good Reason, a documentary detailing Steadman’s life, was released.