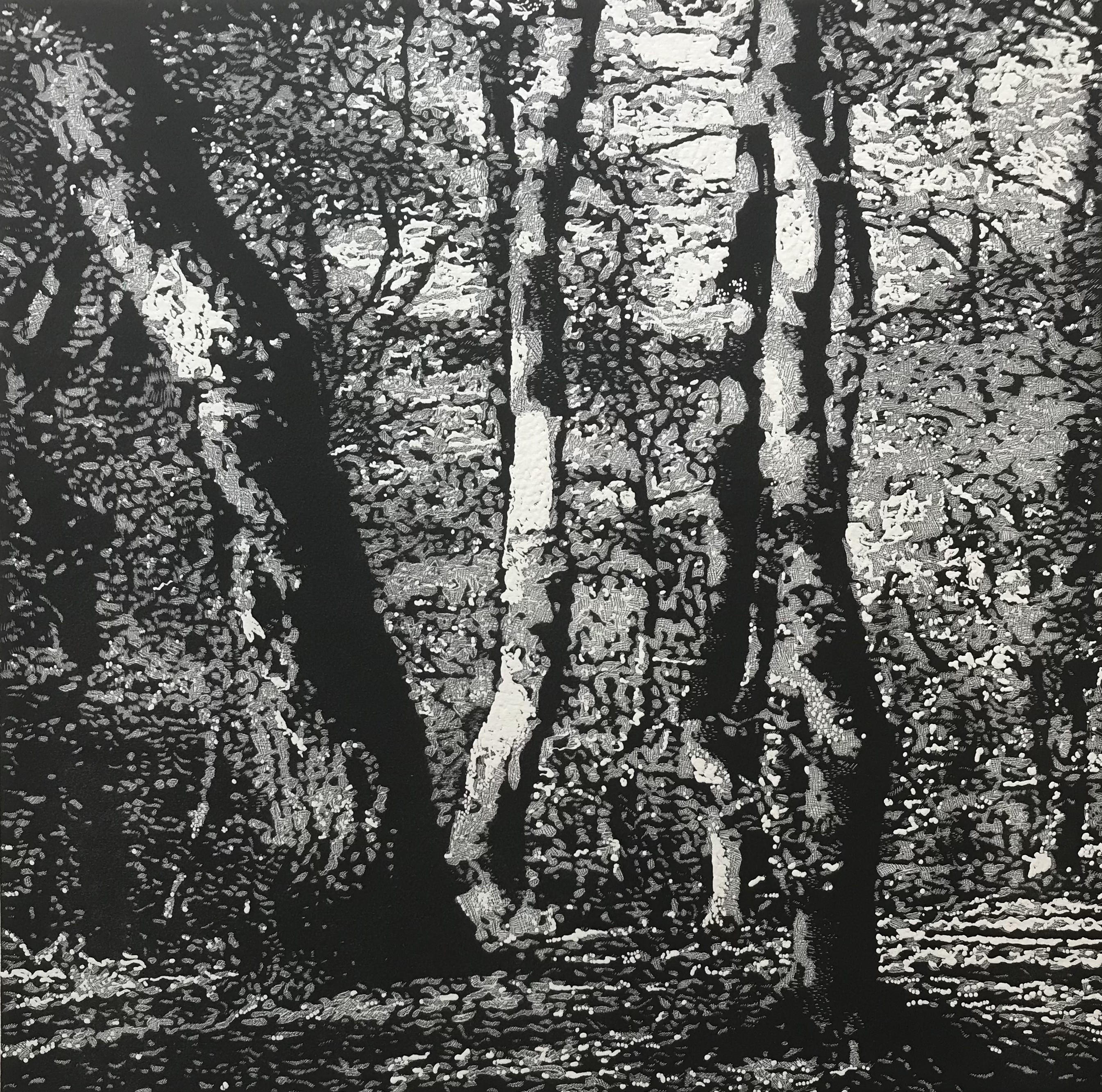 Additional information: 10 artist proofs have been reserved for this auction and are different to the edition, edition size is 100

His work is held in various collections including the Victoria and Albert Museum (London), the Ashmolean Museum (Oxford), the Fitzwilliam Museum (Cambridge), Guangdong Museum of Art (China), Yinchuan Contemporary Art Museum (China), Yale University (USA), The Office of Public Works (Dublin), and The Bank of England.

He has won several national printmaking awards with the most recent being the Printmaking Today Award at the Royal Society of Painter-Printmakers 2017 exhibition.

He shares his time between a studio close to Tower Bridge in London, and the other in the heart of the artist community of St Ives in Cornwall. Nothing to do with art... but he is also a qualified lifeguard, and assists with coaching children in St Ives Surf Life Saving Club. He is also a National Champion in his age group for the Surf Life Saving 1km beach run.