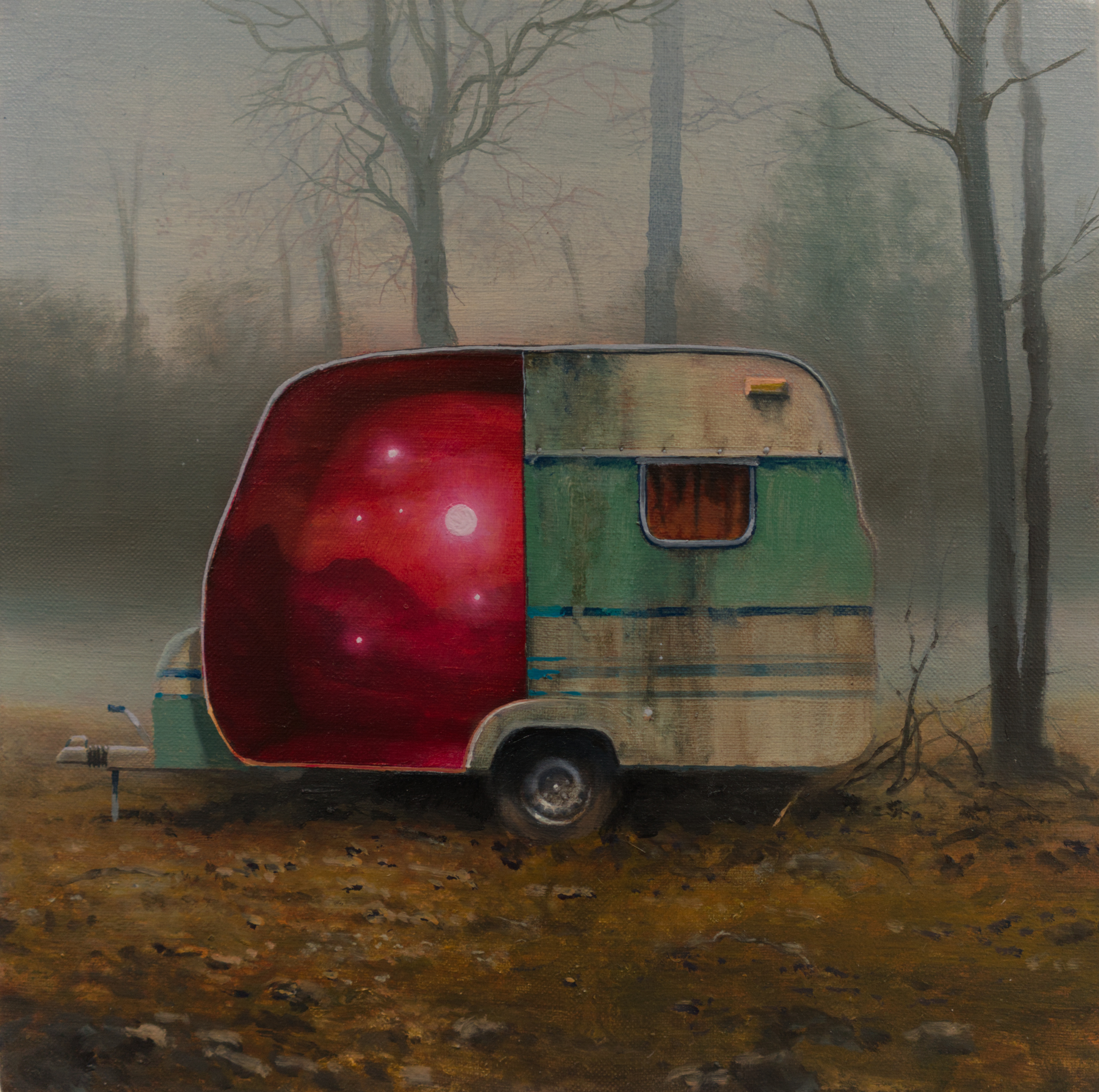 I Climbed To The Top

Andrew McIntosh’s paintings have the air of a Highland gothic mystery, but shot through with cosmic undercurrents. Trees, islands, abandoned buildings and lonely caravans in the wilderness become mysteriously electrified by an unexplained natural phenomenon, or inhabited by artworks from the canon of art history that appear within them like visions.. There are subtle mythological references – the burning bush, the chosen isle – that come to life in neon colours as if they had been plugged into the mains, as well as prophetic phenomena – comets, sunrises, and star formations – that use decrepit structures as portals into other realms. The result is cryptic: an expanded world that appears in the midst of abandonment.

Andrew McIntosh was born in Grantown On Spey in the Highlands of Scotland in 1979.

Exhibitions: He held his first solo exhibition at the Highland Mori museum in 2001. Since then he has exhibited widely across the UK, including at the Carnegie Club at Skibo castle in Sutherland, and the Royal Academy Summer Exhibition in London. Following his solo exhibition ‘You Were Shit in the 80s’ at James Freeman Gallery in 2015, his large Painting ‘RA!’ was exhibited at the Royal Academy in 2016,

Awards: In 2014 he won the Towry Award for Best in Show at the National Open Art Competition at Somerset House in London, and was shortlisted for the John Moores Painting Prize at the Walker Art Museum in Liverpool, as well as being selected to exhibit in Here Today in London, curated by Artwise. He was nominated for the Pulse Art Prize in Miami 2016.