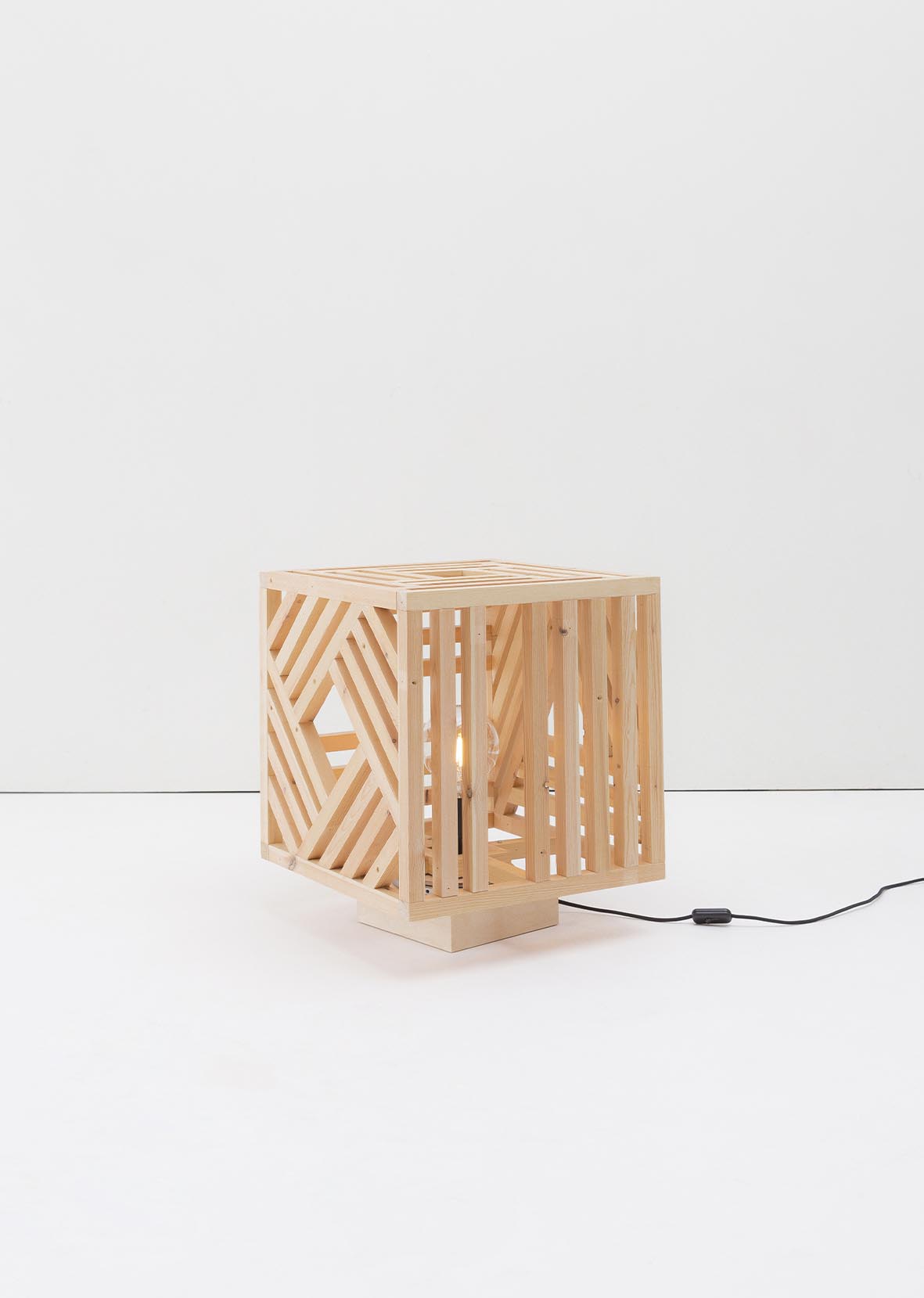 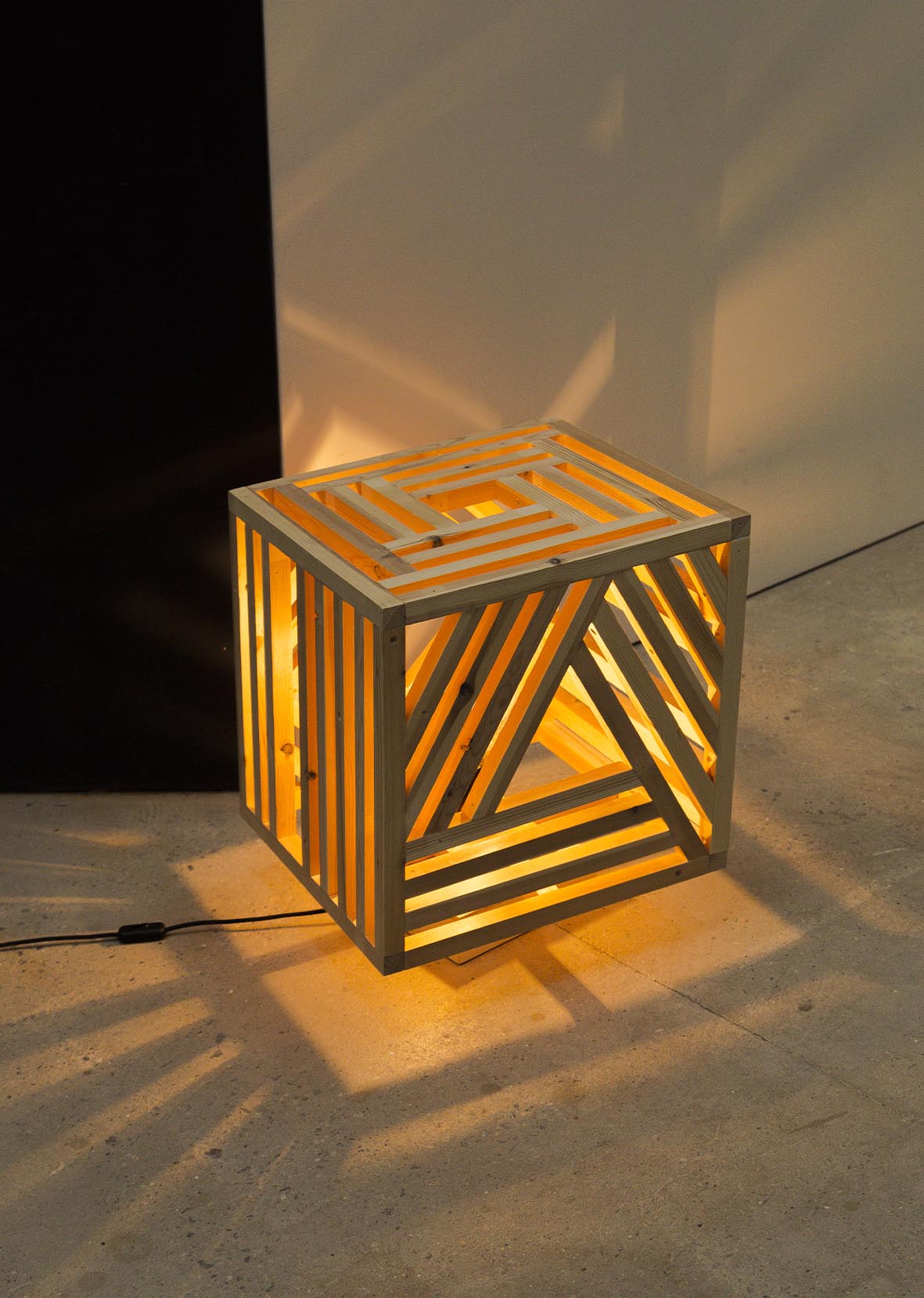 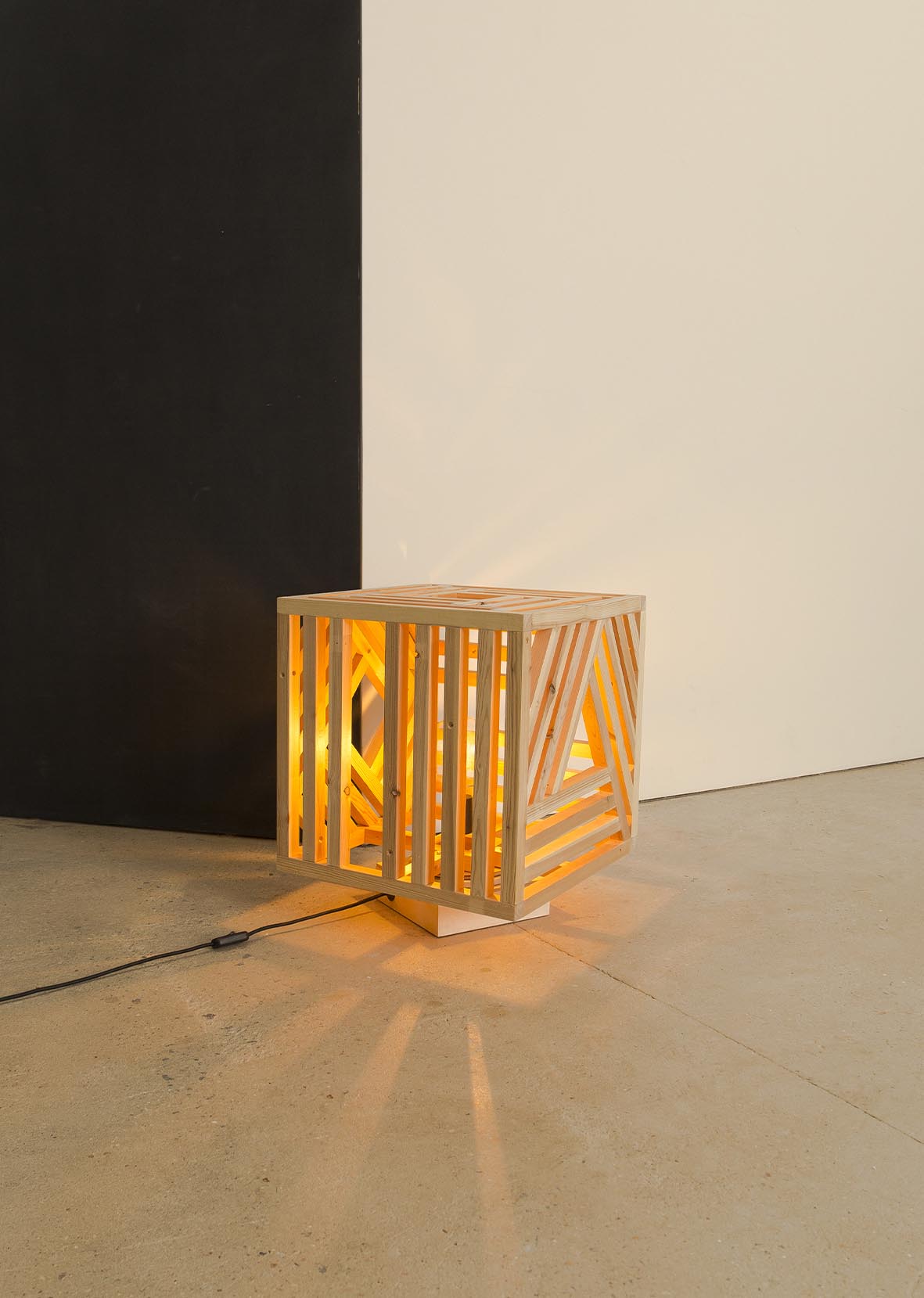 “All stories are woven from the fabric of ones that have come before.” - Es Devlin

The Norns celebrates the intergenerational transmission of stories. Putting the material traces of the object’s past life on display on each of its patterned faces, the revolving lamp invokes the telling of bedtime stories — the ritual of passing meaning from one generation to the next.

Es Devlin is an artist and designer. She is known for creating large-scale performative sculptures and environments that fuse music, language and light. She has conceived stage sculptures with Adele, Beyoncé, Billie Eilish, Kanye West, Miley Cyrus and U2 as well as two decades of opera, drama and dance worldwide. She designed the London Olympic Closing Ceremony in 2012, the Olympic Ceremony of the 2016 Rio Olympic Games, and is designing the UK Pavilion at Expo 2021 Dubai. Devlin has been named artistic director of the 2020 London Design Biennial and has been awarded the London Design Medal, three Olivier Awards, and a UAL Fellowship. She has been named RSA Royal Designer for Industry, and was made OBE in 2015. (Words of Es Devlin)