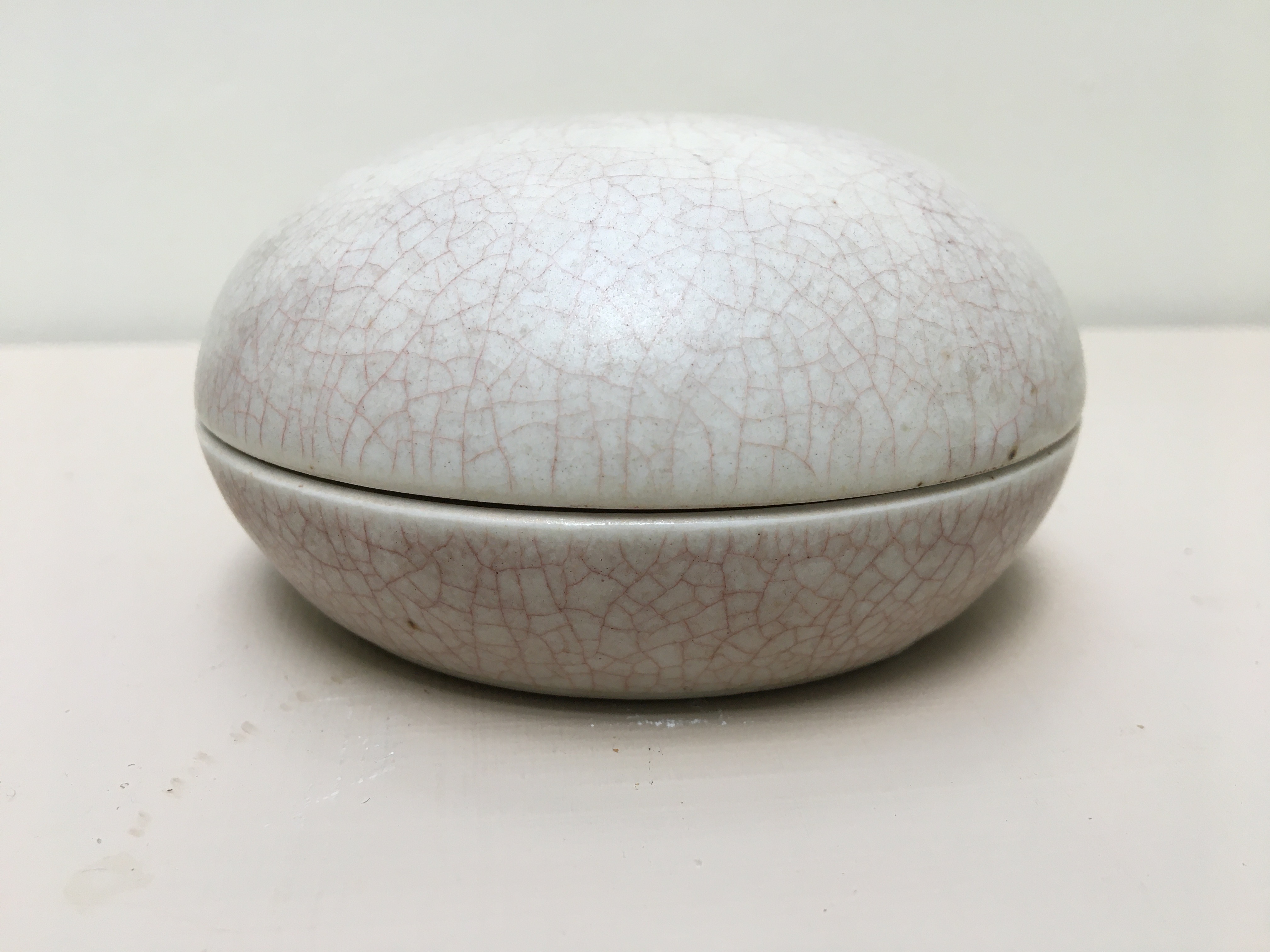 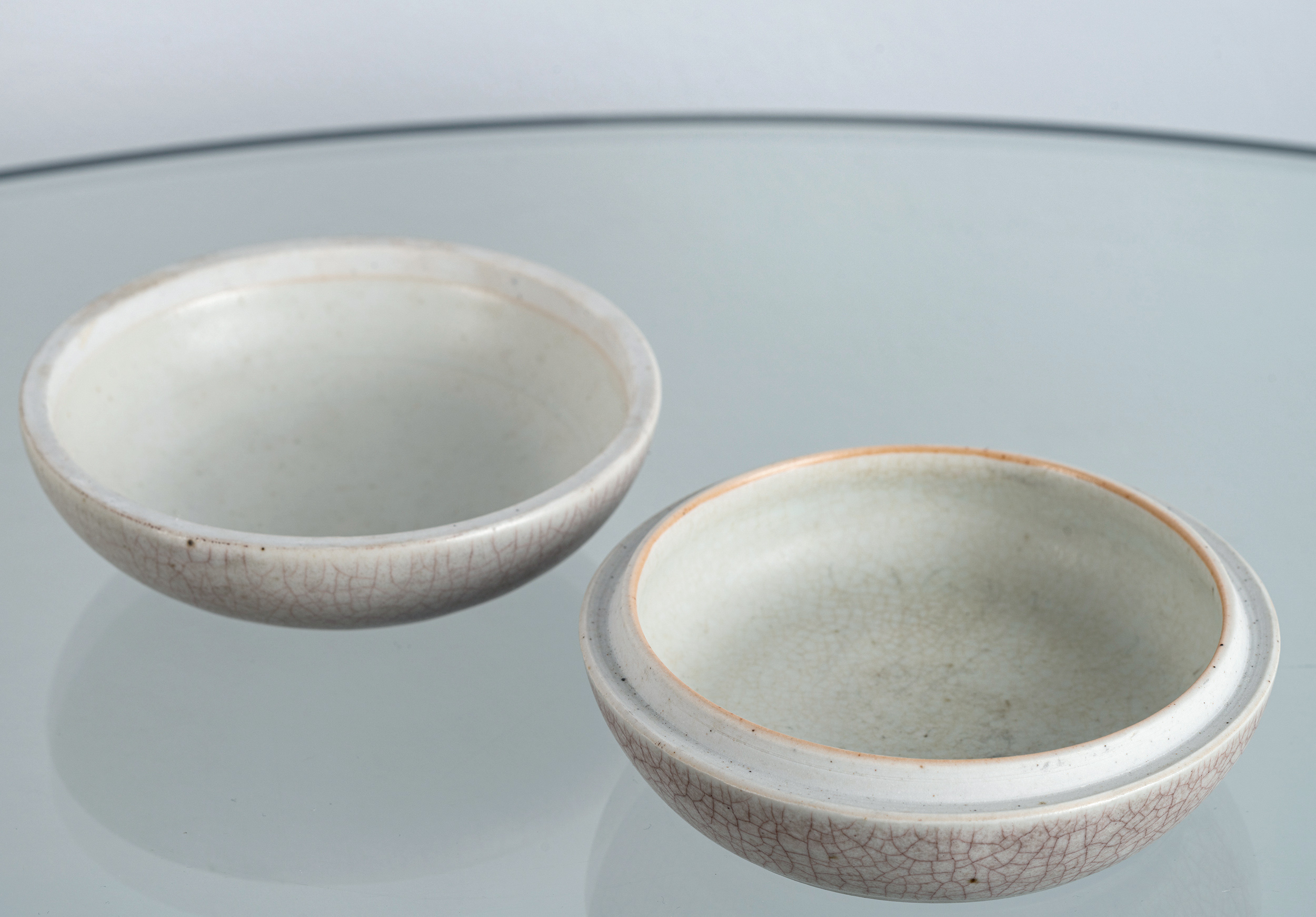 This charming piece was made at the Lowerdown Pottery, Bovey Tracey, Devon, towards the end of the potter’s life.

David Leach, elder son of Bernard Leach (the “Father of British studio pottery”) was born in Japan where he was taught to pot, not by his father, but by his father’s close associate, Shoji Hamada. David Leach was born in Tokyo in 1911, and was first taught to pot not by his father Bernard but by Shoji Hamada. He studied at North Staffs Technical College and in 1930 joined the Leach Pottery where he stayed, on and off, for twenty-five years. He helped the family business in artistic, practical, technical and managerial capacities.

In 1953 he headed the ceramics department of Loughborough College. He started the Aylesford Pottery in 1954, handing it over a year later to Colin Pearson. After the handover of Aylesford Pottery he moved to Bovey Tracey in Devon and set up Lowerdown Pottery.

He was awarded the O.B.E in 1987, and is important for his development of porcelain suitable for studio pottery and his services to education. David died in February, 2005. His three sons; John, Jeremy and Simon are all potters. A Seed Yesterday A Flower Today I Return to the Earth Tomorrow
Painting, 61 x 61 cm.