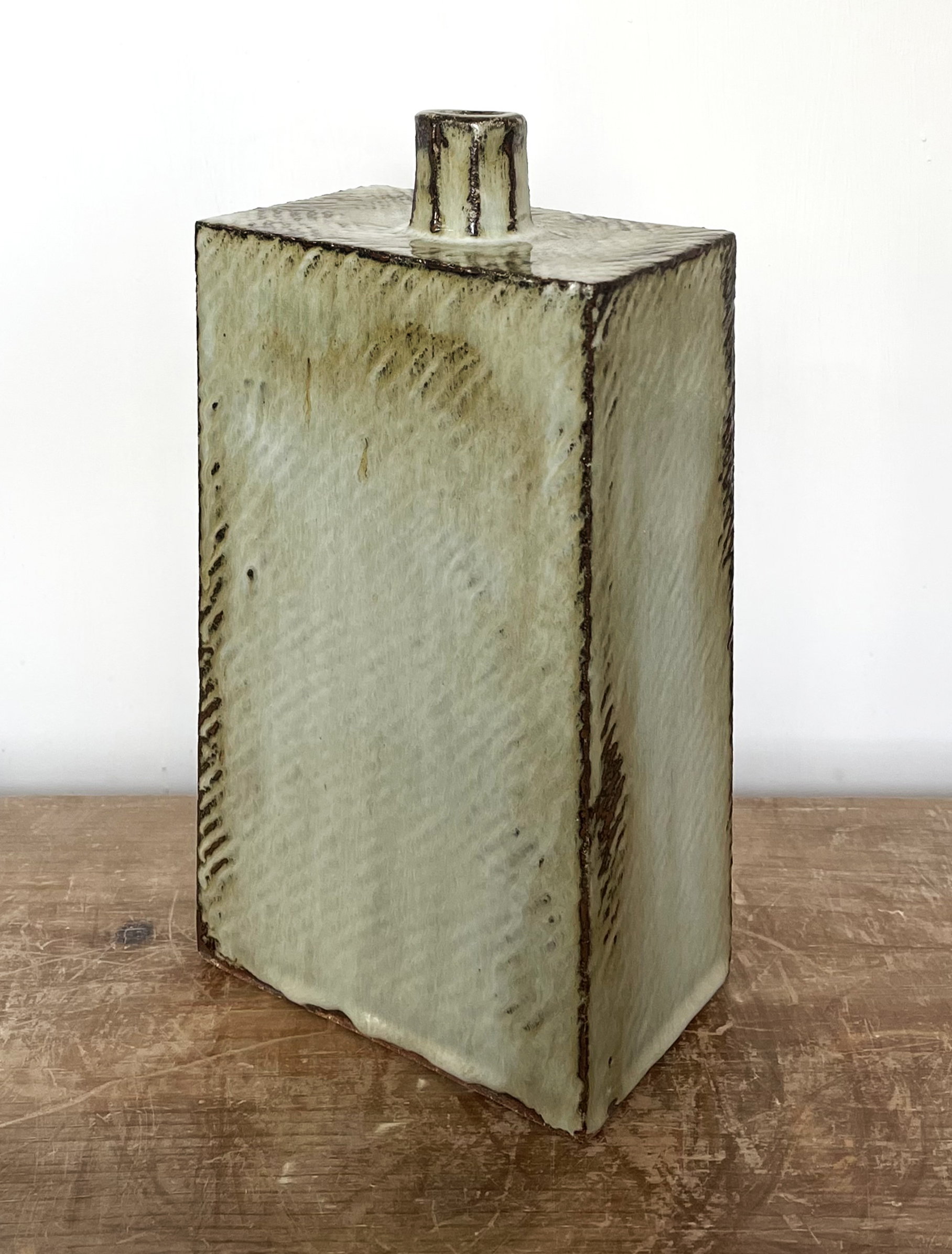 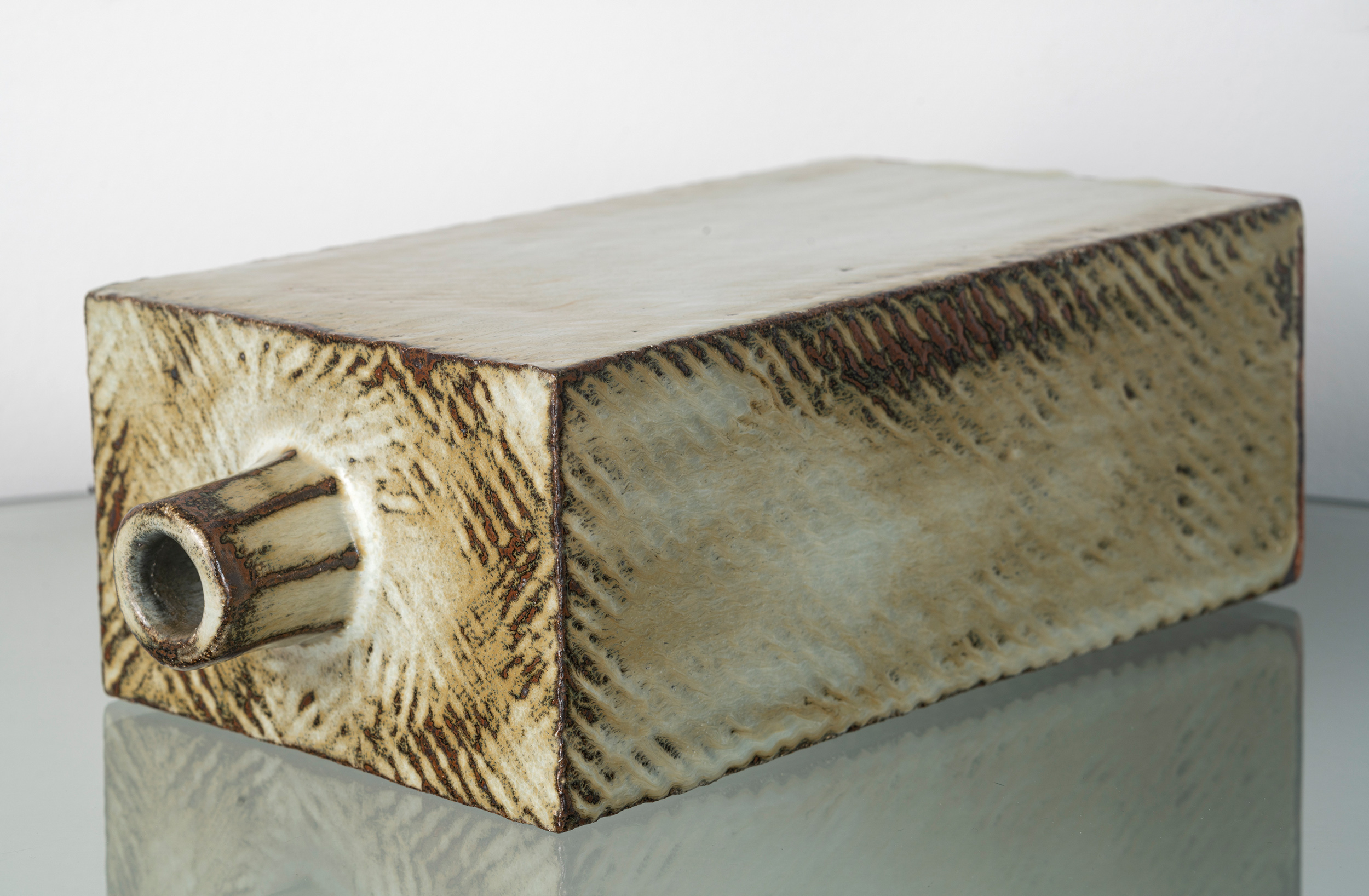 Born in 1950, Peter began working in potteries from 1967 in between travelling to various parts of the world and absorbing different cultures. In 1974 Peter moved to St. Ives, Cornwall helping his family establisha pottery on the Penbeagle Estate. Self taught, he established his own pottery in 1976 working in earthenware. Over the years his method of working has evolved, he now works in reduction fired stoneware and porcelain, specialising in specific varieties of individual Ash Glazes.

Peter uses a self built gas fired reduction kiln of some 36 cu.ft. for both domestic and individual pieces. He built an Anagama kiln in 2004 which has enabled him to explore surface decoration that is not possible in the gas kiln. From 2013 to 2014, Peter was on the board of the Leach Pottery in St. Ives. His work is sold at his studio, galleries and exhibitions.