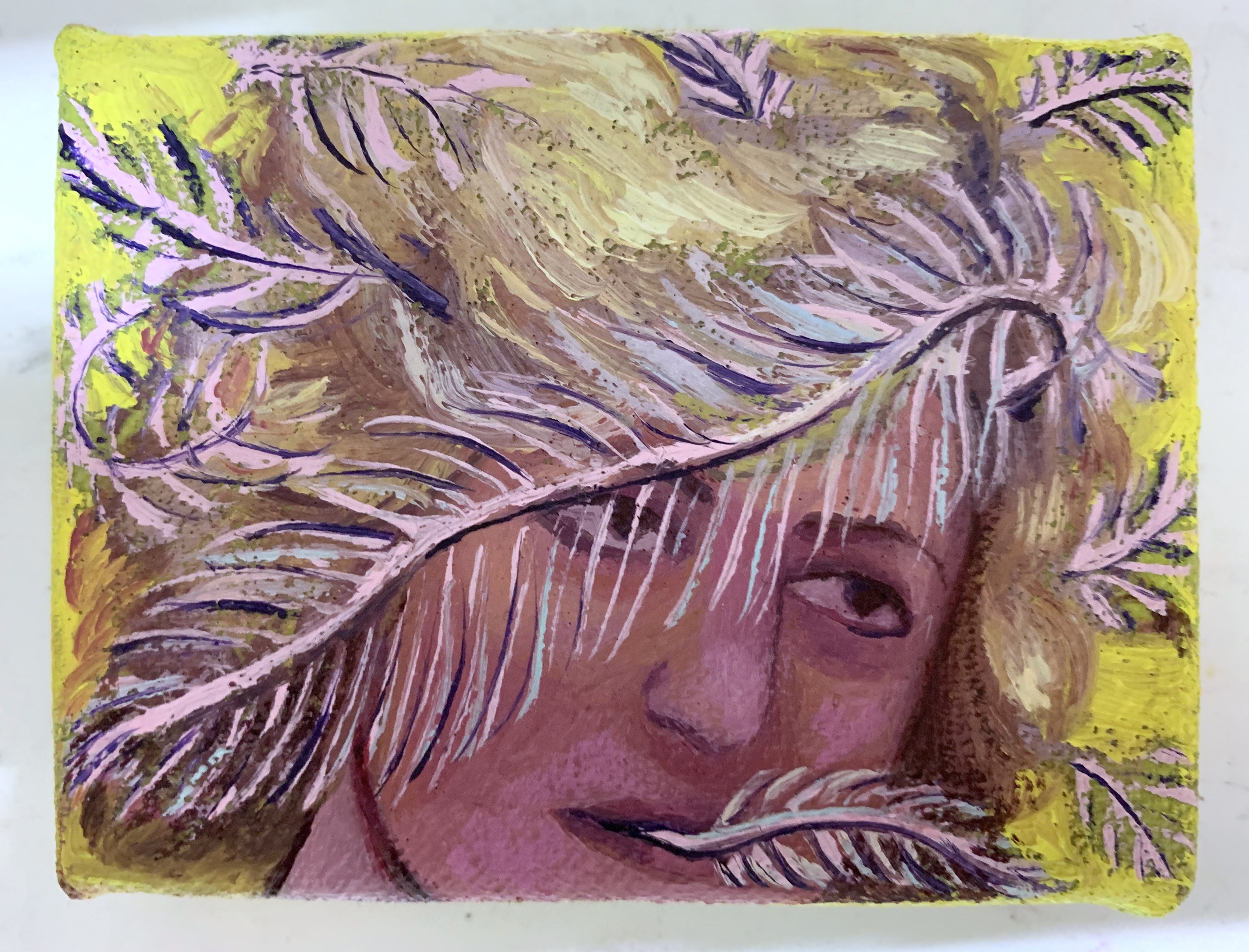 Lindsey Mclean (b.1991, UK) is a Scottish artist who was raised in Edinburgh and studied Painting and Printmaking at Glasgow School of Art. The figurative painter went on to study on the Drawing Year at Royal Drawing School and has lived and worked in London ever since. Mclean is currently in her final year of her MFA in painting at the Slade School of Fine Art where she has been awarded the Haworth Scholarship. She has also been awarded the Elisabeth Greenshields Foundation Grant which is an competitive prize open to emerging figurative artists worldwide.
Her work frequently focuses on veiled figures, which disrupts the typical engagement held between viewer and figure. The veil acquires different forms such as brush marks, a glazed window or even the reflection created by tinsel. This liminal space is ambiguous in nature as it plays with the viewers relationship with the work; it is both inviting and removed, privatised and shielding. The veil awards the figure a sense of freedom, as they have a degree of control over the viewer’s gaze. Lindsey lives and works in London, UK. The Glove
acrylic and watercolour on paper, 42 x 30 cm.