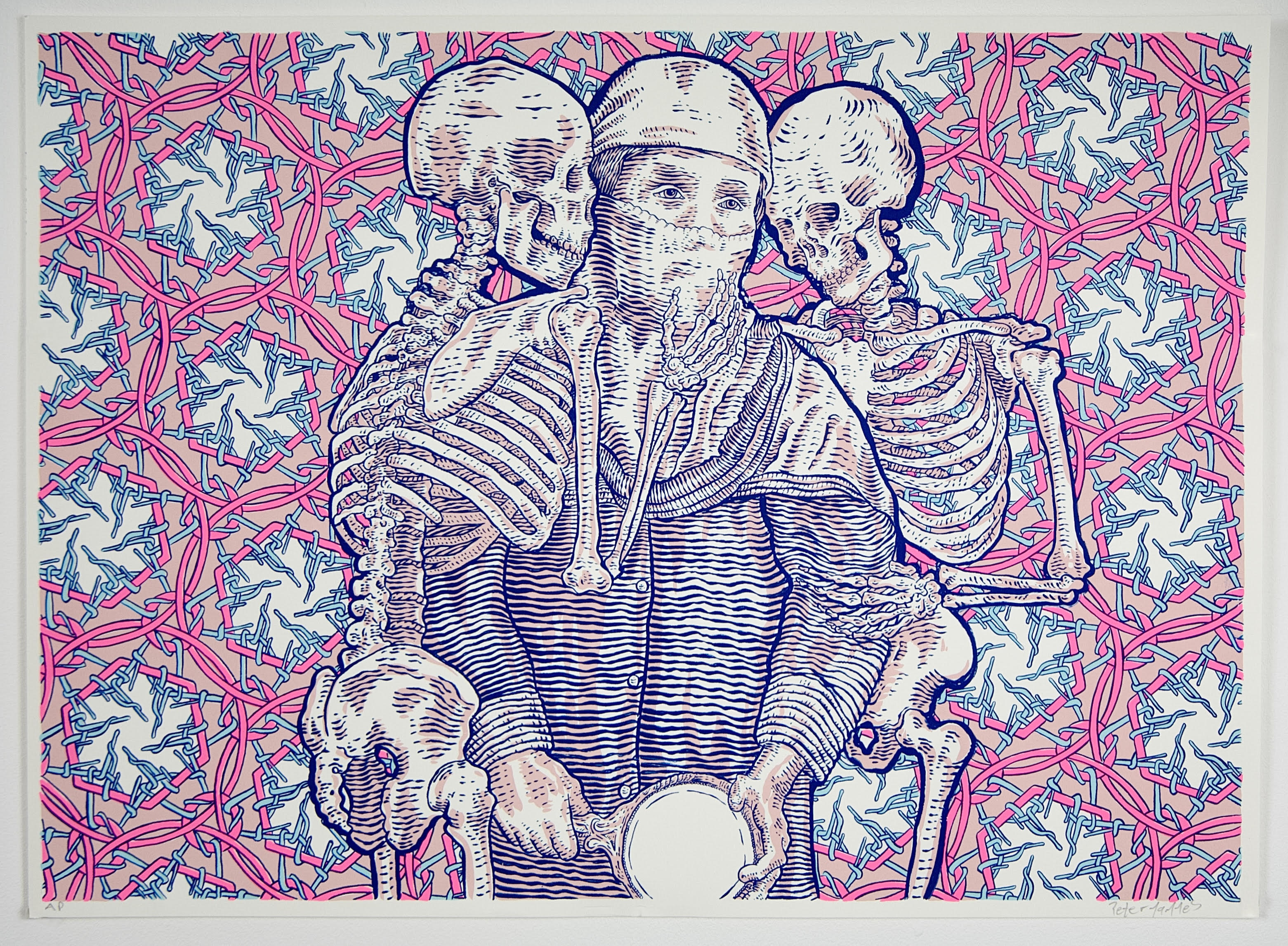 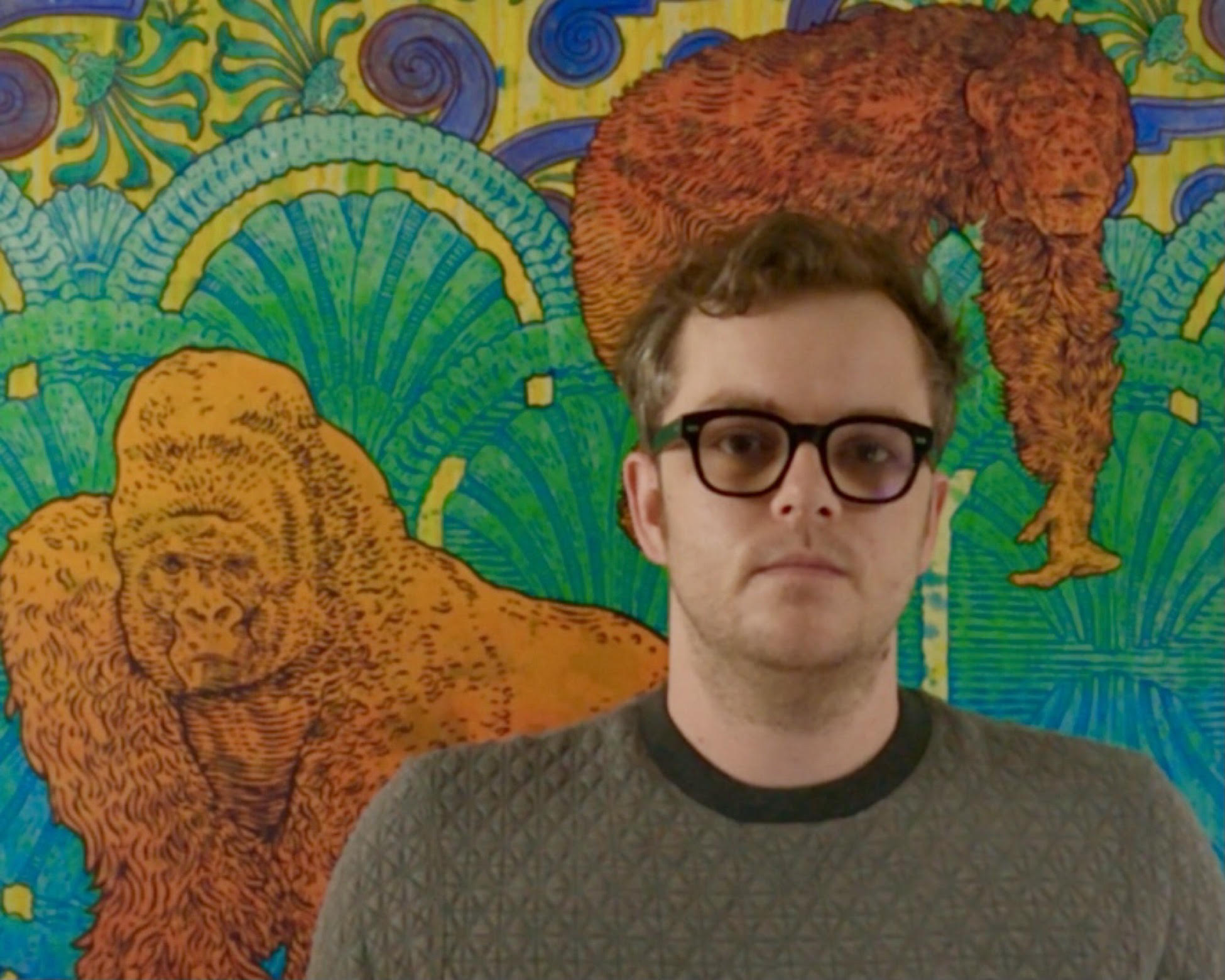 Peter Mammes is a South African born artist from Johannesburg. Peter had his first solo exhibition at the age of 16 and has exhibited regularly since then. Peter has an interest in astronomy, history and natural science, and draws much of the inspiration for his artwork from a wide array of places; modern history and politics to ancient Egyptian hieroglyphics, Indian patterns from temples and cremation pits, Soviet and Russian neo-classical patterns, and dead animals found in the Namibian deserts. Peter travels extensively to do research for his artwork, having lived and worked in many countries which has influenced his artwork in marked ways clearly visible in his artwork.

Peter moved to London in 2018 on an exceptional talent visa, where he resides and works today. He collects antique medical instruments, artefacts and books. He designed a commemorative and circulation coin for the South African Mint in 2018.

The artwork depicts a veiled woman holding a mirror with two skeletons around her, the artwork is a memento mori, a reminder of our insignificance and where we will end up no matter what.