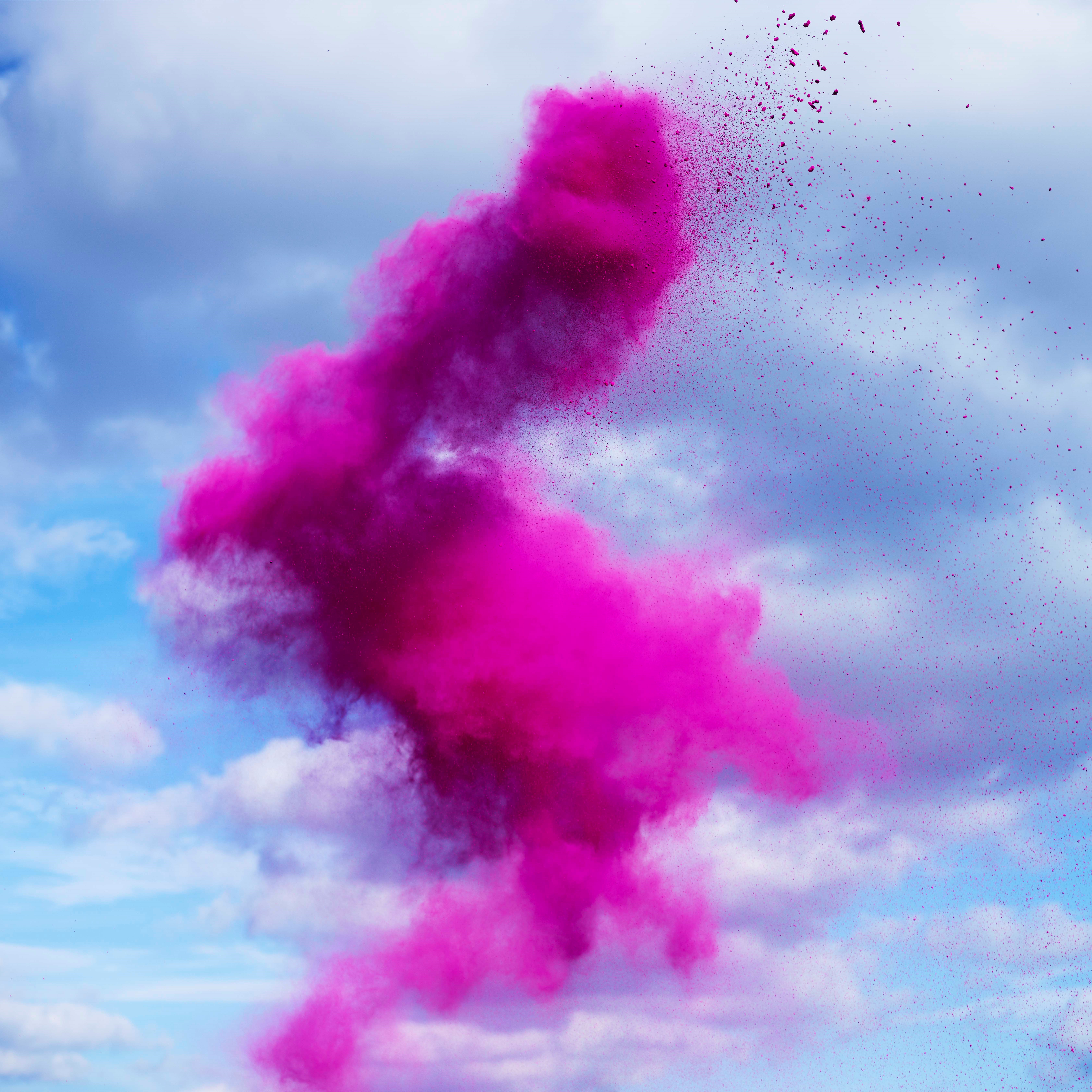 Rob and Nick Carter are a husband and wife artistic duo and have been collaborating for almost 25 years. Their work is housed in collections all over the world and they are the only living artists to have shown a work at the Frick Museum, New York. The Carters have also executed a number of significant public and corporate commissions throughout London, including works for Cardinal Place in Victoria, 200 Aldersgate, 23 Savile Row and Great Ormond Street Hospital. In 2018, 2020 and 2021 they were part of the Summer Exhibition at the Royal Academy of Arts. Collectors of their work include Sir Elton John, Jude Law, and Sir Peter Blake.

The Hindu festival of Holi also known as the Festival of Colours initially inspired Rob and Nick Carter’s Paint Pigment Photographs. The physical act of throwing the paint pigment is an essential aspect of the finished work. Explosions of colour captured at 1/8000th of a second retain the energy of the act itself, suspended in space. The images are about colour and an unpredictable interaction with form and light.

Donated by Rob and Nick Carter